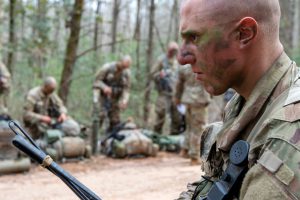 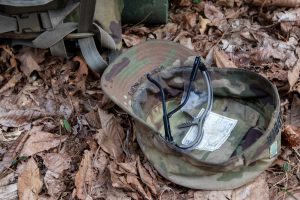 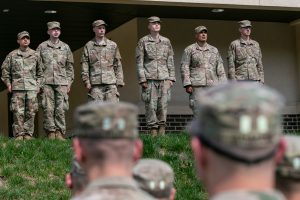 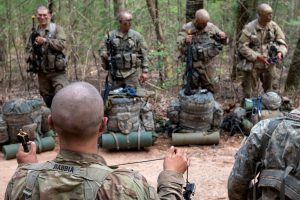 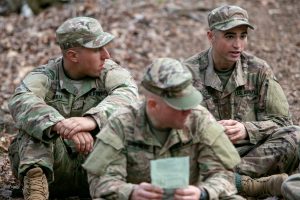 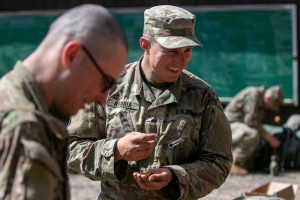 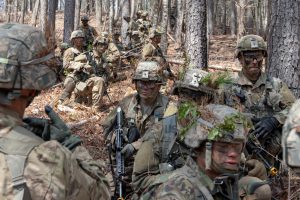 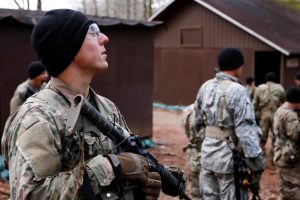 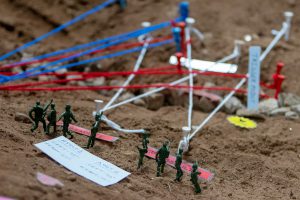 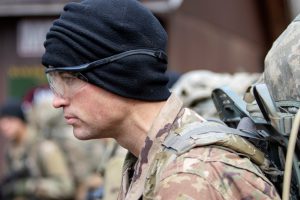 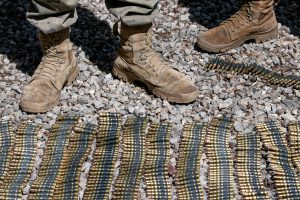 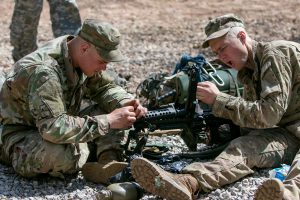 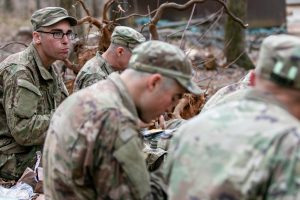 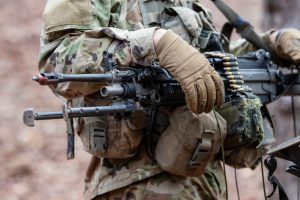 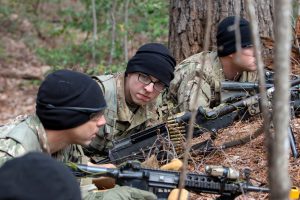 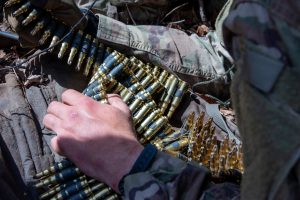 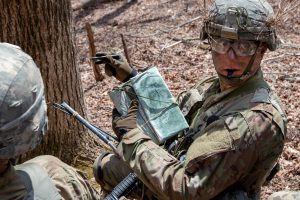 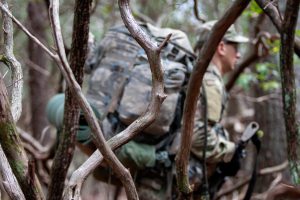 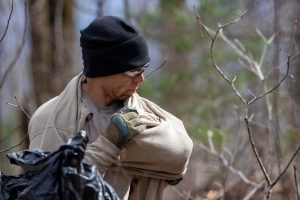 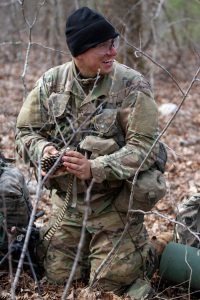 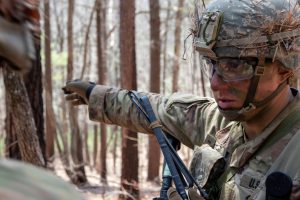 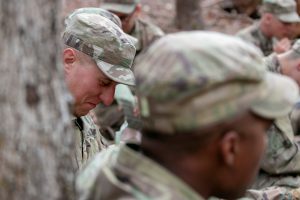 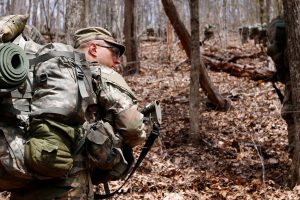 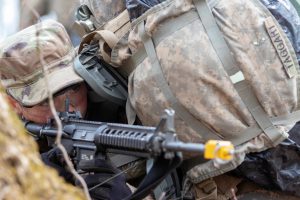 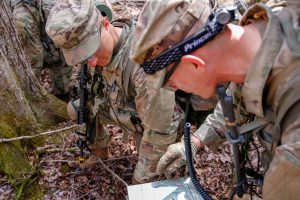 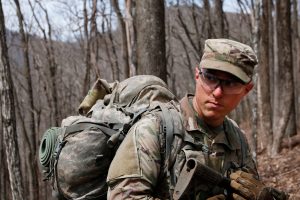 Leaves crunch underneath the boots of nearly 50 Ranger students in 2nd Lt. Dan Rabbia’s platoon. As they march up the North Georgia Mountains in Lumpkin County, the wind chill brings the temperature below 40 degrees Fahrenheit.

“Bob likes to tease us,” Rabbia said. Bob is the name they call the sun to prevent jinxing the weather. “Is it actually cold? We can’t tell if it’s cold anymore.”

Rabbia, 23, is from New Hartford, New York, and has been in the military for 10 months, though he half-counts his years as a cadet in West Point.

“Both of my grandfathers served. One was in World War II, and the other was in Korea,” he said. “Hearing my grandpas talk about their stories and whatnot, and the way I was brought up I guess, kinda funneled me towards it without me realizing it.”

The Ranger students hiked five kilometers through the forest, each carrying rucksacks that weigh around 100 pounds. After two false peaks, they finally reached the top of the mountain.

For the next five days, the students will stay out in the field. They’ll get around four hours of sleep and two meals, one at 6 a.m. and another past midnight.

“Shaving really sucks,” said 1st Lt. Ian Taggart. “The blade is so cold, and so is the water, if you have any.”

Rabbia, the second oldest of six siblings, started Ranger School on February 25. The first phase is at Fort Benning. Over 50 percent of students do not complete this phase, according to their website.

Rabbia is in the second phase at Camp Frank D. Merrill, which focuses on mountain training. The camp and surrounding 282 acres stretch throughout the Chattahoochee National Forest and two other counties.

Ranger School is an endurance test. The mountainous terrain, physical fatigue and emotional stress places the students under substantial pressure.

“It’s kinda like the cumulative experience that really kills you,” Rabbia said.

The students have to push themselves forward as well as their colleagues. Each squad completes peer evaluations and poor scores could cause someone to recycle through the phase, even if they passed the other tests.

Rabbia explained that students typically fall into one of two categories. “There are sleepy Rangers and hungry Rangers,” he said. “I’m definitely more of a sleepy Ranger.”

Sometimes students will fall asleep standing up or fall over from exhaustion. Everyone falls asleep at some point, he said.

Yet despite the challenges ahead, Rabbia and the other Ranger students are determined to finish the three phases.

“You have to want to come to Ranger School. Everyone is very passionate about what they’re doing,” he said. “It’s something about being part of the bigger picture. I think that’s what we all look for and all strive for.”

He estimated that 99 percent of them would choose the same path if they could do it over again.
Rabbia hopes to graduate Ranger School at the end of April. His plan is to become a platoon leader at Fort Campbell in Kentucky.

Whitley Carpenter is a senior majoring in journalism in the Grady College of Journalism and Mass Communication at the University of Georgia. This story was produced during the 14th Annual Woodall Weekend Workshop in Dahlonega, Georgia.

The Lifestyle of Germans: An American’s Perspective 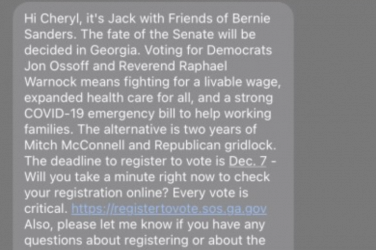 Bring Items Difficult to Recycle, Get a Coke Product

ATHENS- If you have some electronics, TVs, or batteries you would like to get ... 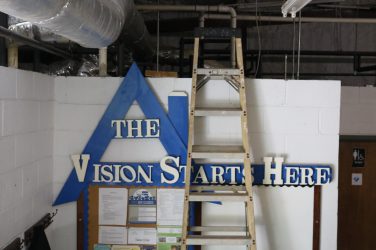 Abundant Life: Director Helps Those in Homelessness Climb Farther ‘Up The Mountain’