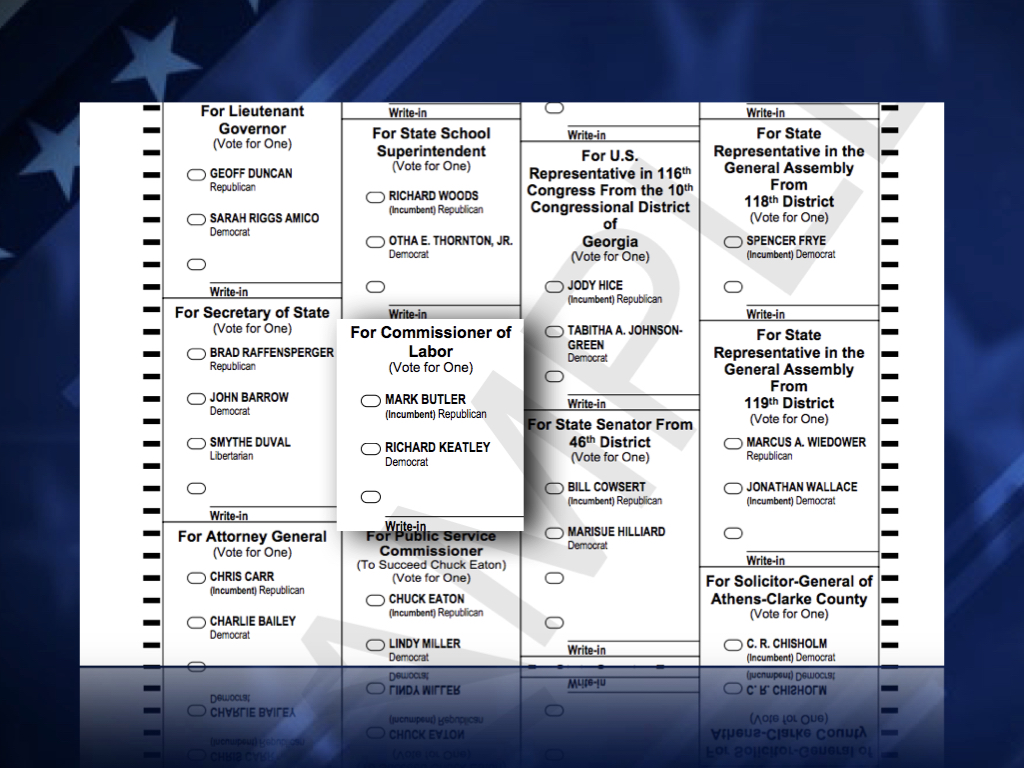 Across the state of Georgia, Stacey Abrams and Brian Kemp have become household names, while the names of other candidates running in statewide elections have gone unheard. On Nov. 6, Georgians will vote for nine other officials to serve the state, and one position could be of particular interest to students getting ready to seek employment.

“I’d really like to have a job doing some type of design or graphics at a newspaper or some type of publication. So, we’ll see if that happens,” said Amy Scott, a third-year journalism student at the University of Georgia who is already thinking about the job hunt.

As she and other college students prepare to enter into the career field, two men face off in the election for Commissioner of Labor to determine who will serve the Georgia workforce and help students, like Amy, achieve their goals.

Yet, even in the midst of early voting, some students at the University of Georgia confessed that they had never heard the names of the candidates and were not sure what the Commissioner of Labor does.

“The Labor Commissioner is a very important position,” said incumbent and Republican candidate Mark Butler. “It’s not so much a political job. It’s a real job. It’s a real position. You’re dealing with helping individuals who get laid off and lose their job through no fault of their own, but most importantly, you’re helping connect them back to that next job.”

According to the Georgia Department of Labor website, the department offers programs to assist individuals with the job search, file and claim unemployment insurance and benefits, support employers through their “Employer Portal” and inform the public of labor rules and laws.

Democratic candidate Richard Keatley said he sees the position as an extension of his career in education.

“I believe my background and my experience qualify me particularly for this position as Commissioner of Labor,” he said. “I view it as a continuation of my experience in education and even as an engineer in the Navy.”

Both Keatley and Butler offer ideas they believe will improve the operations of the Department of Labor and benefit Georgia’s workforce.

“It’s all about better customer service, connecting job-seekers to the jobs and helping companies be successful here in Georgia,” said Butler on the technological advances he has brought to the Department of Labor that connect job-seekers and Georgia’s new companies through customized recruitment.

In the past it might take a new company coming into Georgia six to eight months to fill all of their positions. Here lately, when we work with them, we’re able to do it within less than 60 days.”

“I’d like to see a one-hour course on career paths,” said Keatley, suggesting a high school class dedicated to educating students on employment opportunities. “What’re the different jobs that you can do? What’re the jobs we expect to grow? What can you expect to make? How do you get the qualifications to do those jobs?”

From streamlining the recruiting and hiring process to educating Georgians on the different avenues to employment, the candidates’ ideas, policies and initiatives will affect job seekers, like recent college graduates.

Voters will be deciding eight other state races, as well, not including the race for governor. Those races include: lieutenant governor, state school superintendent, secretary of state, attorney general, commissioner of agriculture, and races for two public service commissioners.

Sydney Shadrix is a graduate student majoring in journalism in the Grady College of Journalism and Mass Communication at the University of Georgia. 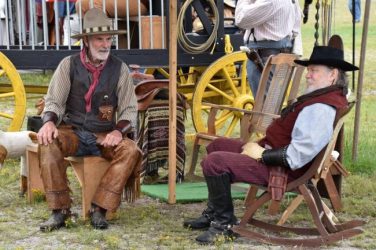 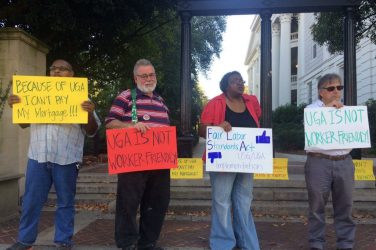 Economic Numbers In The News

If you’re confused with all of the economic numbers and percentages coming out in ...