The Georgia men’s basketball team won its exhibition game over Armstrong State on Friday, as the Bulldogs cruised to a 59-41 victory. The four Georgia freshmen led the way, as Mike Edwards led the team in points with 11, Turtle Jackson dished a team-high four assists, Derek Ogbeide hauled in 10 rebounds and E’Torrion Wilridge picked up two blocks and two steals. The Bulldogs open their season against Chattanooga on Nov. 13.

Mark Richt is hopeful that receiver and punt returner Reggie Davis will be available to play on Saturday as Georgia travels to Auburn. Davis left in the first quarter of Georgia’s 27-3 win over Kentucky with what was called a concussion, but Richt refuted that on Sunday.  This will be Georgia’s first time playing at Auburn since it lost on last second Hail Mary in 2013.

Former Georgia running back Todd Gurley continued his success in the NFL as he ran for another touchdown on Sunday against the Minnesota Vikings. Gurley has four touchdowns in his last three games, and has rushed for 664 yards in six games this season.

to jump over (an opposing player) while running; a Todd Gurley signature move pic.twitter.com/qfwe3u8gRJ

PROFILE: Cindy O’Barr and her CHAMPS 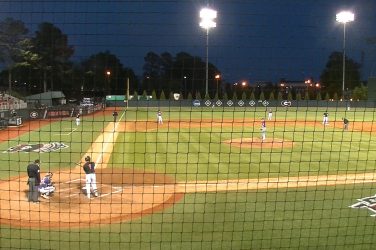 The UGA Baseball team will go on the road this weekend to take on ...

Quarterback Aaron Murray and four of his teammates were shocked when they got back ... 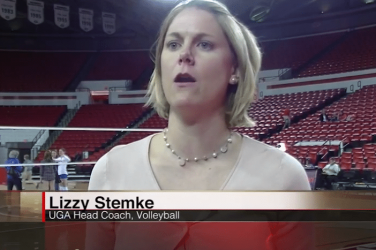