Families who deal with unstable housing conditions already have enough to worry about, and maintaining a healthy diet is just one more thing to add to the list. People experiencing issues with housing also tend to have a low-quality diet, according to a small study published in the journal American Pediatrics.

Researchers from Boston Children’s Hospital looked at families who were homeless, living in shelters or doubled up with another family, and those who faced the threat of eviction or having utilities shut off. Parents in these unstable conditions ate fewer vegetables and beans than families who do not experience any kind of housing issues, found the study published in April 2019.

For a place like Athens-Clarke County—where an estimated 31.6% of the population is living in poverty—this could mean a high rate of adults who aren’t getting the USDA recommended servings of four cups of vegetables and two and a half cups of fruit each day.

Why It’s Newsworthy: With an increase in unemployment, low-income areas like Athens will see greater food insecurity among residents.

How They Did It

Researchers tracked the eating habits of 340 parent-and-child pairs in Boston over four weeks. Families included in this study had to meet several requirements. They had to have children with no special dietary needs in some sort of unreliable housing situation.

Two-thirds of the families included in the study attributed their housing instability to the threat or loss of utilities. The remaining third endured homelessness or doubling up with another family. The results show that lower incomes result in a less healthy diet for children, though children’s diets generally remained the same throughout income levels.

Researchers suggest their findings may indicate that parents are depriving themselves of healthier, more expensive foods in order to provide the best diet they can afford for their children.

Local experts agree that it can be difficult for families to prioritize healthy eating when they aren’t sure where they will live. But even when healthy foods are provided, the community may need education on how to prepare them.

Josie Leimbach, a lecturer with the Institute for Women’s Studies at the University of Georgia, says things like healthy eating become difficult and less of a priority when you can’t afford rent.

“If we’re told that we’re supposed to eat fresh fruits and vegetables, that means multiple things,” Leimbach said. “It means you have to go shopping regularly, which means you have to have access to a store that’s selling those at a price that’s reasonable.”

Nutrition issues are more complicated than simply accessing food, she said. “Anything that requires preparation, it’s not just about the eating part of it, but it takes time. And if you’re someone who is working multiple jobs to try to pay rent, and pay for food … then cooking becomes a luxury.”

Arya Aghdasi, who served as a volunteer coordinator and department manager at the Food Bank of Northeast Georgia, agreed and said that even though Athens is lucky to have a fresh food program, there are gaps.

“It just wasn’t sustainable, and we weren’t getting enough produce in for it to last,” Aghdasi said. “There is a push for nutrition. But the things that the food bank lacks, in a sense, is a willingness to change and then a willingness also educate the population of how to utilize things.”

For example, he says that when the food bank does get simple, healthy ingredients donated, it doesn’t necessarily result in a balanced meal. While chickpeas are considered a good source of protein, are versatile and sustainable, “it’s not very well known in Southern cuisine,” Aghdasi said.

“A lot of people don’t know how to use it. And right now we don’t have somebody in place that is willing to go out there and teach how to use chickpeas,” he explained.

While the research from Boston highlights the importance of stable living conditions for healthy eating, it is also important to recognize a few limitations. Parents reported the data themselves, which leaves room for error as well as the risk of purposefully skewing data.

Data came from parents who filled out the Harvard Service Food Frequency Questionnaire. The questionnaire tracked how often the parent and child consumed 84 different foods and beverages over a four-week period.

Barbara Grossman, clinical associate professor and director of the Dietetic Internship Program in the Department of Foods and Nutrition at the University of Georgia, was not involved in the study but said this method has certain limitations.

“People can’t accurately, at least very accurately, report what they usually eat. But it can determine extremes of intake, it is simple to administer, and can be used with large groups of people,” Grossman said. She recommends the use of a food record instead. People simply update their daily food intake as soon as they eat something.

Parents and children’s results from the questionnaire were used to calculate a score out of 100, with a higher score indicating a healthier, more well-balanced diet. Parents who were older, with higher income and education levels, were found to have the highest scores. Race also played a part, with black parents scoring the highest for themselves and their children.

This study also acknowledges the fact that one of the researchers, Eric Fleegler, is now working for Veta Health. Veta Health supports HelpSteps, a system for connecting families to social services, which has the potential for a possible conflict of interest. However, this research preceded Fleegler’s association with Veta Health.

It is also important to acknowledge that this study focused on families in an urban environment, specifically Boston. The findings may not necessarily apply to parents and children in rural or suburban areas.

Cassidy Hannon is a junior majoring in journalism in the Grady College of Journalism and Mass Communication at the University of Georgia. 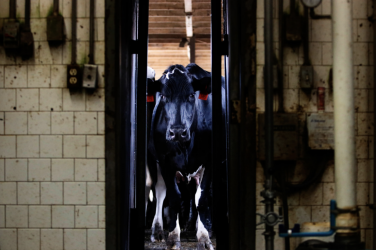 Greene County, Georgia is home to the Double S Dairy farm. This farm has ... 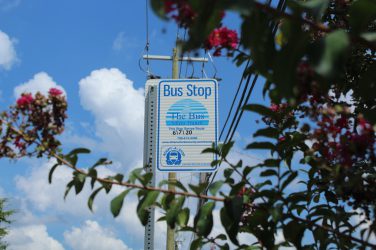 The Athens Transit System, otherwise known as “The Bus,” has undergone marked changes to ... 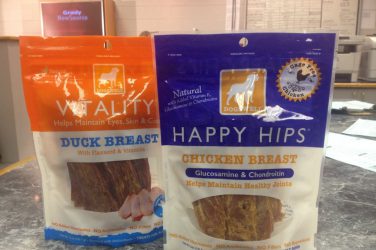 The FDA has issued a consumer alert to veterinarians and pet owners about pet ...