Roughly 600 government-issued credit cards, or purchasing cards, are issued to various individuals and institutions within Athens-Clarke County Unified Government. Not one of them, however, belongs to the mayor.

Mayor Kelly Girtz, sworn into office in January 2019, has not elected to have a purchasing card provided to him in his name within his new position as mayor of Athens-Clarke County. Having seen within his 20 years as a teacher and school administrator “lots of different arrays of public expenditure tactics,” Girtz has adopted the purchasing card method utilized by the previous mayor, Nancy Denson. Instead of holding a purchasing card in his name, the card itself is issued to his executive assistant, Deborah Arnold, as another means of reviewal for office purchasing.

This additional pre-approval, he hopes, will continue to ensure “the cleanest system possible.”

What Has The Mayor’s Office Spent?

From January-March 2019, the mayor’s office has made only one purchase on the card issued to Deborah Arnold: a spool of navy-blue ribbon used for mayoral proclamations.

“We really try to watch everything that we do, and we don’t order anything we don’t absolutely need,” said Deborah Arnold.

Even regarding travel and meal expenses, which are still done through the traditional purchasing order process, utilizing quotes and prior approval on a check-based system for payments within Athens-Clarke County, Girtz said he tries to limit the amount spent.

Although allotted a varied rate for meal reimbursements, Girtz does not have his daily or weekly meals reimbursed. Even when taking a constituent out for a meal, Girtz pays for the meal himself, saying he “would be eating lunch anyhow.” When traveling to various conferences or meetings, Girtz often drives himself rather than electing to take a car or utilizing a police escort.

With a median household income rate of $34,258 and a poverty rate of 34.4%, his constituents feel that this is an appropriate use of valuable dollars.

Janna Underwood of Athens-Clarke County, a former resident of Alabama, said she thought the mayor’s adopted oversight of the purchasing card “was good,” and that for him to be “willing to basically budget and keep it to a minimum” was beneficial for the community.

What Are Purchasing Cards?

Purchasing cards, or p-cards, are government-issued credit cards given to elected officials who choose to hold them within local and state governments. Increasingly preferred for convenience, Terrell Jacobs of the Georgia Municipal Association says local governments within the state are following suit, though not without regulations designated by both state and local governments.

“We have 538 cities, probably 159 counties, so obviously there’s a lot of opportunity because of the ability to purchase,” Jacobs says. “Most of those communities, local governments have established purchasing card type of policies so that they, you know, have guiding principles behind what they can and cannot purchase … and also the state has provisions about certain things that local government can purchase with those p-cards.”

Such provisions designated by the state of Georgia include O.C.G.A. § 36-80-24, wherein “an elected official of a county, municipal corporation, local school system, or consolidated government or a constitutional officer” may not be able to obtain a p-card through the local government by the state of Georgia unless purchases directly relate to the job, and that those purchases pertain to regulations enforced by the local government itself.

Additionally, the Statewide Purchasing Card Policy states that p-card usage within Georgia must be for “unplanned, non-routine, or urgent point of sale purchases under $1,000,” restricting further the amount able to be spent through p-cards by elected officials.

What Are P-Card Restrictions in Athens-Clarke County?

In accordance with regulations enforced by the state of Georgia regarding p-card usage within local governments, Athens-Clarke County established a Purchasing/Credit Card Ordinance for Unified Government of Athens-Clarke County Elected Officials. Within this ordinance, p-cards are subjected to use by elected officials only for small purchases under $1,000, as allotted by the state of Georgia. In compliance with state law as well, to hold a purchasing card as an elected official of Athens-Clarke County, a resolution allowing the use of the government-issued credit card must be approved.

For elected officials choosing to utilize p-cards, the Finance Department within Athens-Clarke County has implemented a system of checks and balances detailed enough to discourage excessive and inappropriate usage of funds.

The finance department within Athens-Clarke County serves to provide a level of oversight to those individuals holding p-cards. The cards themselves are regulated to allow only certain purchases to be made, and those purchases must further be approved by the department itself.

Chris Caldwell, assistant director of finance within Athens-Clarke County, called these regulations “electronic limits … that are built into the system.” While a purchase on a p-card could be made for certain previously-allotted payments, the cards are not authorized to make payments outside of those anticipated purchases. The purchasing card is further set up to exempt the sales tax from purchases.

Within the mayor’s office, even small purchases made on a p-card are heavily scrutinized. In order to make a purchase, Arnold said the original receipt and an account number are both required by the finance department when claiming a purchase.

The same scrutiny is applied when addressing purchases made with the traditional purchasing order method as well. For larger purchases within the mayor’s office, as well as throughout Athens-Clarke County Unified Government, the traditional purchasing order method is utilized, and three separate quotes are required before making a large purchase for the office.

To provide further oversight to Athens-Clarke County Unified Government, an outside audit is conducted every year by Mauldin and Jenkins, a public accounting firm, to provide an unbiased opinion over the use of monetary funds within the local government.

“There’s so many checks and balances with a p-card,” Arnold says. “I don’t really know how anybody would abuse it. We have so many steps that [are] being checked through our finance department and our purchasing department.”

Caroline Henriksen is a junior majoring in journalism in the Grady College of Journalism and Mass Communication at the University of Georgia. 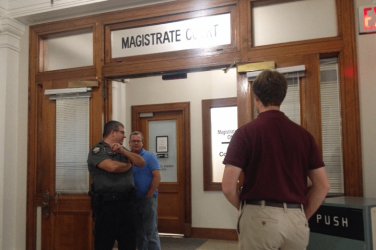 Arias Released on $8,000 Bond and Barred From Athens

A poll by MSN.com revealing a ‘shocking number’ of Americans don’t know who the ... 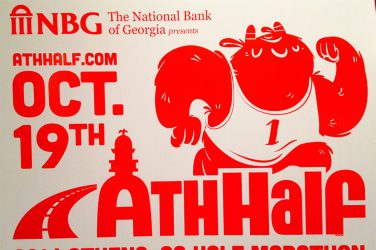 Athens, GA — The Athens Half Marathon is only three participants away from reaching full ...