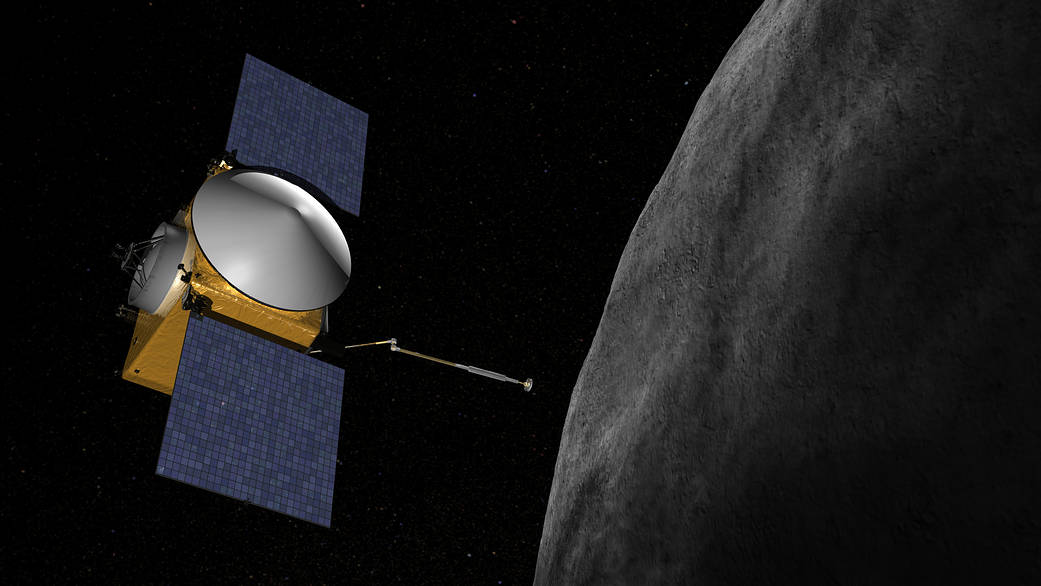 OSIRIS-REx, a 20-foot-long unmanned NASA spacecraft, arrived at the asteroid Bennu at noon on Dec. 3.

Achievement unlocked: “We have arrived!” Our @OSIRISREx mission reached asteroid Bennu, where it will spend almost a year mapping and studying to find a safe location to collect a sample. Watch: https://t.co/zI282xjLzc pic.twitter.com/VMPs7SIfSf

Bennu is a “near-earth” asteroid that comes close to Earth every six years. It has a diameter taller than the Empire State Building and zooms through space at a speed of 63,000 mph.

The arrival came exactly one week after NASA’s InSight lander successfully touched down on Mars.

OSIRIS-REx began its journey in 2016 when it launched from Cape Canaveral, Florida.

It now takes nearly 14 minutes round-trip for me to communicate with my team back on Earth. 🛰 ↔️ 📡 My light time will increase as I approach #asteroid Bennu and will be more than 20 minutes during sample collection.

Its goals are to map the asteroid, analyze its makeup and return to Earth with samples from its surface.

NASA researchers believe the data and samples collected by the spacecraft will shed light on the formation of the solar system and possibly even the origins of life on our planet. They say organic life may have come to the planet through asteroids similar to Bennu.

Knowing the physical and chemical properties of the object will also be important in the event that it ends up on a collision course toward Earth, which researchers say may be possible in the 22nd Century.

For the past several months, Bennu has been coming into focus as I approached. Now that I’m here, I’ll fly around the asteroid and study it in detail. All the data I collect will help my team pick a spot to sample in 2020. #WelcomeToBennu 📸 Details: https://t.co/9pYBuYxA8X pic.twitter.com/CnzVwwRz5n

NASA said arrival at Bennu is only the beginning of OSIRIS-REx’s journey. It will now map out the surface of the asteroid and find the best spot to land and collect samples. If all goes well, it will return to Earth in 2023.