ATHENS, Ga.-Nuci’s Space is set to start helping the Athens community in yet another way.

The nonprofit resource center that works to prevent suicide by offering treatment to musicians suffering from depression will now be able to help the Athens environment.  And it’s thanks to Solarize Athens, a program working to provide affordable solar energy to Athens residences and businesses.

At a press conference today at 2pm, Solarize Athens will announce Nuci’s as the recipient of its solar energy system donation, choosing it over three other local nonprofits that applied.

Solarize Athens decided to make this donation to a nonprofit at the outset of its nearly five-month campaign to launch the energy systems in Athens.  As of today, 500 Athens residences and businesses have signed up for the campaign, and the more that sign up and eventually sign a contract, the lower the costs of the systems.

The Solarize Athens campaign also has gained important support from Athens-Clarke County.  The ACC Mayor and commission recently passed this renewable energy resolution in order to take the initiative to increase the municipality’s generation and utilization of renewable energy sources.  Nancy Denson, Athens-Clarke County mayor, will be at the press conference this afternoon.

“We look forward to seeing what targets come after this resolution. We think 20 percent of the municipality’s energy coming from solar power by 2040 is a reasonable goal. We will continue to work with the mayor and commission to make sure Athens becomes a solar leader in Georgia and the Southeast,” said Colleen McLoughlin, the Solar Campaign Organizer for Environment Georgia.

April 30th is the final day for residents and businesses to sign up for Solarize Athens.  With the campaign entering its final weeks, the program will host its final information session tonight at 7pm at First Christian Church of Athens.

Reporter Corey Knapp will be at the the press conference this afternoon and will provide updates on the campaign with input from Mayor Nancy Denson, McLoughlin, and the owner of Nuci’s Space via @GradyNewsource on Twitter and on our 5pm newscast.

Athens for Everyone Collects Donations Outside Downtown Ben & Jerry’s 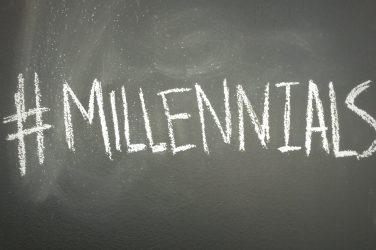 Everyone seems to think that Millennials are the literal worst. On all sides of ... 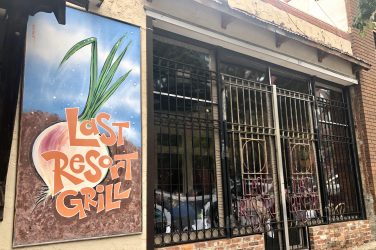 Restaurant servers never imagined a day where there would be no demand for their ...