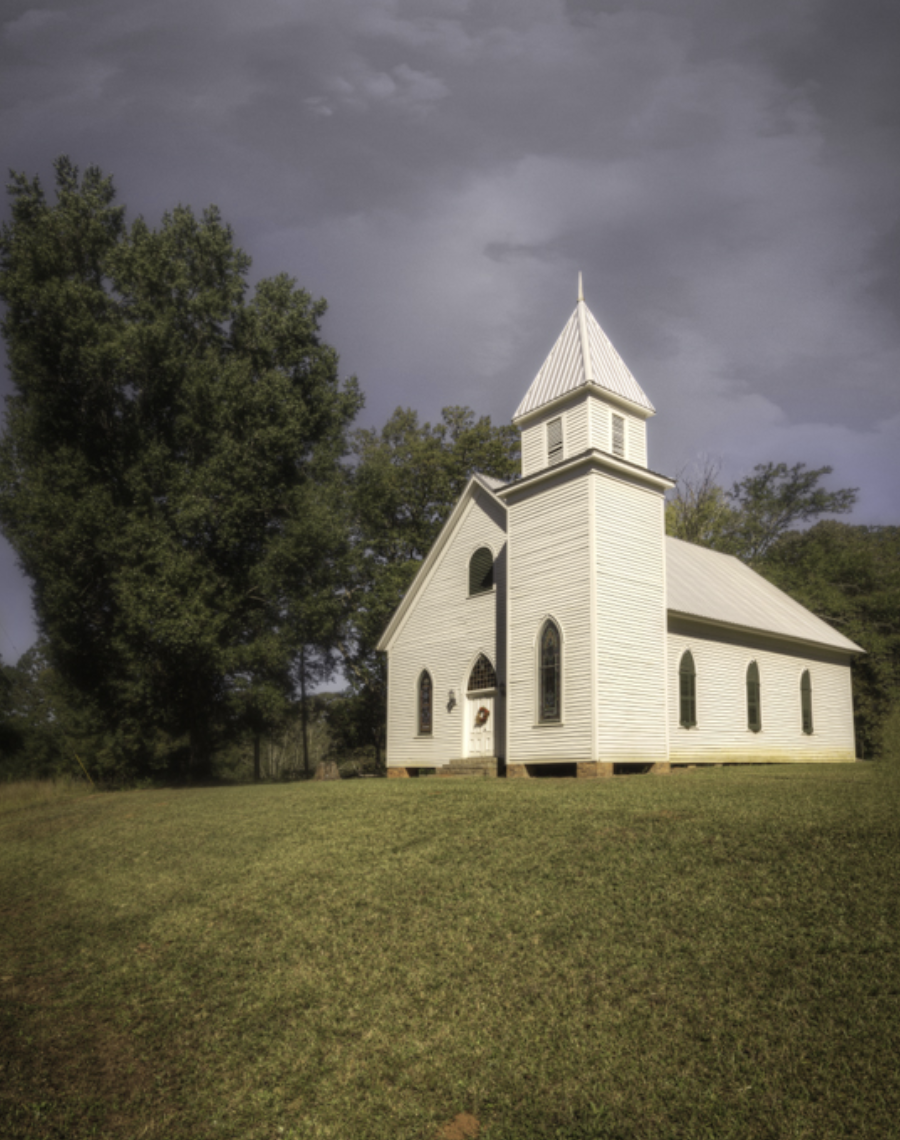 Oglethorpe County, in northeast Georgia, is the state’s 17 county, and its 441 square miles contain seven of Georgia’s historic rural churches.

Founded in 1822 by Cherokee Indians

Prior to 1771, the Cherokee Indians were indebted to the government trading post in Augusta, and were forced to cede land for settlement. They made their way westward to formalize the treaty boundaries. They stopped at at a grove of white oak trees and turned south, creating the corner of line that became known as “Cherokee Corner.”

After the Civil War, the Presbyterians that worshipped there were replaced by Methodists.

The congregation will celebrate its 145th anniversary this year. Piney Grove is a historical rural black Baptist Church.

Milestone Baptist was established in the Millstone Creek/Goosepond Creek community of Old Wilkes County. Wilkes County became Oglethorpe County in 1793. Its location in such an active community guaranteed it would flourish.

This church has been through four name changes and four counties. Philomath was established in 1829, known for its beauty and culture.

This church was named Center Methodist because it was the center of activity in the sparsely settled community.

Beth-Salem Presbyterian is one of Georgia’s oldest, most prominent rural historic churches. A Georgia Governor and many Georgia movers lie in the Beth-Salem graveyard.

All photographs by Scott Mcinnis.

A small meth lab has been found off of Union Church Road. Reporter Sophie ...

Veronica Evans brings you the afternoon webcast along with Jessica Sooknanan, who reflects on ...

No gun permits, no walks in the park, and no federal loans. These ...