You’ve seen them on the field, but now you have the chance to stand side by side with them. This Saturday is the annual UGA Fan’s Picture Day.

“I actually really liked it because you go to the games, you seen them playing on the field and you see them on TV but actually being down there with them on the field was actually pretty cool, ” said one UGA fan, Kristin Hash.

Leland Barrow at the UGA Athletic Association told us just how special this day is for fans.

“Picture Day is an opportunity for fans to get within a foot of the guys they watch every Saturday,” he said.

Fan’s Picture Day starts at 1 pm in the Reed Plaza area of Sanford Stadium. Football players, cheerleaders and other UGA athletic teams will all be there to sign autographs and take pictures.

Barrow said, “We let all the fans who want to bring in Georgia football posters that they get at the stadium. That is what they bring in for autographs. They aren’t allowed for the last couple of years, we’ve been doing where we don’t allow them to bring in any outside stuff.”

For those who also want to meet UGA IX and Coach Richt, special tickets will be given to the first 150 fans at8:00 a.m. at the East End ticket windows on East Campus Road.

“This is an opportunity for the players to go down there, no pads, just their jerseys and for the people, all the fans to come and see actually how big these guys are,” said Barrow.

Kristin also said, “They were huge!”

And they certainly are. I’m Bonnie Pintur, Grady Newsource. 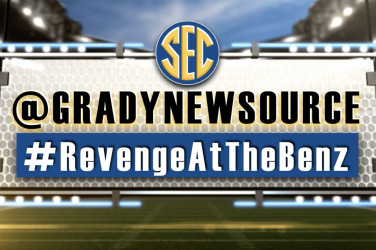 ATHENS, GA — Tickets to the SEC Football Championship game have become a coveted ... 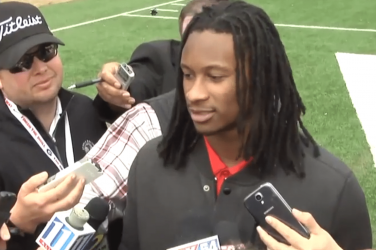 Todd Gurley Speaks Out About His Suspension for the First Time

Reporter Morgan Weeks was on the field for Pro Day and managed to talk ... 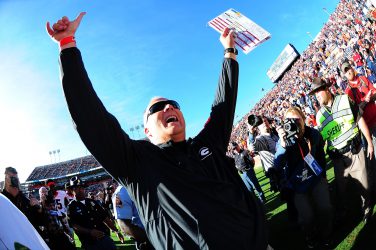 The UGA women’s basketball team won its first game of the season on Sunday ...