There are 2.46 billion active users on social media. Of those 2.46 billion, 40 percent follow their favorite brands on social media, according to the Global Web Index, a technology company providing audience-profiling data to marketers. Since the rapid rise of social media, beginning around 2010, business owners had to quickly learn to navigate the instant and widespread reachability most social platforms offer.

Today, 44 percent of small businesses say they depend on social media to generate brand awareness, and 41 percent depend on it to drive revenue, according to eMarketer. Social media marketing seems to be one of the most necessary and vital components a business owner can employ, especially for entrepreneurs trying to break into competitive markets.

Now the questions is whether or not business is simply about creating a product that consumers need, or about building a brand that consumers also find follow-worthy. According to Zack Brendel, the answer is still the former.

Brendel, owner of Oneta Woodworks in Athens, Georgia, started his business in 2008. This was before the age of Instagram, founded in 2010, and before multitudes of craftsmen utilized social media. So how did Brendel spread the word about his business?

“Signs in windows. I went after a lot of bars and restaurants downtown,” Brendel said. “We started to get our name out there and people recognized our signs, and that was it.”

Brendel wasn’t posting custom fabrications of furniture on Instagram, following similar businesses to keep up with competition or networking via Facebook. He simply focused on building strong relationships with clients, who would in turn tell others about his work. Nine years later, not much has changed.

“When I saw Facebook and Instagram coming on I just wasn’t interested in it,” Brendel said. “For a few years it was rough and I was like, ‘Uh, maybe we should do this.’ But ultimately, we don’t have to because we are in with the right kind of clients, the word of mouth has spread and we’re established.”

Brendel has an Instagram account for Oneta Woodworks, but said social media does not play a significant role in his marketing plan, nor does any other traditional form of marketing.

Signs in windows may have worked for woodworker and entrepreneur Brendel, but for today’s young entrepreneur trying to break into a competitive market full of craftsmen, social media seems like the perfect solution.

Richard Begando, a competitor of Brendel’s, is a senior at the University of Georgia and owner of Athens Woodworks. Unlike Brendel, Begando grew up fully immersed in the world social media. So when he decided to start his own woodworking company in 2015, creating social media accounts for the business seemed like a no-brainer.

“I did the standard– I made the Instagram page and I had a couple pictures of stuff I had made, either for me or for other people throughout that semester,” said Begando. “The social media was good getting my name out there, but honestly the best way I realized for marketing myself was word of mouth.”

Marketing professionals agree that good, old-fashioned word of mouth is an effective way to spread brand awareness. Katie Salmon, owner and creator of Katie Does Marketing, said she loves helping brands and entrepreneurs find out how they can use social media to help their businesses, but the majority of businesses are built through networking and word of mouth. According to Salmon, word of mouth is still the most profitable way to build a business.

“It’s pretty exhausting to play the social media game, and while I think it’s important and necessary, it doesn’t replace the value of networking,” said Salmon.

Social media isn’t going away anytime soon, and creating platforms for consumers to easily access products is a simple way to stay relevant. Brendel, although not focused on building a social following, still has an Instagram to display some of his company’s work. Begando uses social media analytics to see who his customers are and determine the types of products they want to see.

Couture for Charity: Cause Marketing on the Rise

Importance of Student Workers to a University 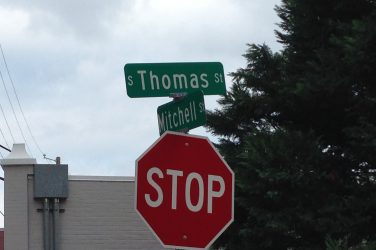 Got a cigarette? And that’s how the robberies begin… 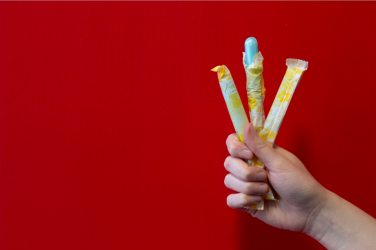 Periods play a role in the lives of the majority of women ...