For Robert Hughes, founding partner and principal of the Atlanta-based design company HGOR, the problem of affordable housing is a “multi-headed beast” to solve.

Each year, HGOR funds a lecture or panel event for the University of Georgia’s College of Environment and Design, and this year’s discussion focused on affordable housing.

On Oct. 17, 2018, a group of five housing experts gathered in a lecture hall in UGA’s Jackson Street Building to speak about this issue and how it applies to Atlanta.

Why It’s Newsworthy: According to the Athens-Clarke County 2015 Consolidated Plan, housing cost burden is the single most critical housing issue in Athens. But affordability is a complex issue with many different facets including policy, finance, design and more.

Hughes, a UGA graduate, moderated the panel, leading the experts through a conversation that lasted over twice the scheduled hour-long duration of the event.

Hughes said over the years the HGOR-sponsored event has covered a variety of topics, from the future of water to the idea of a makeshift metropolis. This year, affordable housing seemed to be the most pressing issue.

It just shot to the top of the public discourse,” Hughes said. “People have a lot of different meanings when they say affordable housing, as in, ‘I want someplace affordable to live,’ or an individual who needs help from society.”

This multifaceted meaning of affordable housing was a common thread throughout the panel’s discussion.

Denise Starling, executive director of Liveable Buckhead, pointed out we often think of “capital A affordable” housing when in reality the term means much more.

According to the U.S. Department of Housing and Urban Development, housing is considered to be affordable housing if the occupants are spending no more than 30 percent of their income on housing costs.

Despite this broader definition, Starling said there is often a negative connotation around the idea of affordable housing, especially in an area like Buckhead.

To combat this stigma, her organization refers to affordability efforts as “housing stratification initiatives.”

Matt Samuelson, an expert in development and construction, is also familiar with the stigmas attached to certain kinds of housing. He told a story in which a crowd of people was asked whether they lived in subsidized housing, and none of them raised their hands.

The next question was whether they were homeowners, and many more hands were raised. As Samuelson points out, tax incentives for homeownership are simply another kind of subsidy.

We’ve stigmatized one and celebrated the other,” Samuelson said.

Transportation was another common theme throughout the evening.

“Do we have an affordability crisis, or do we have a mobility crisis?” he asked. Goff said there are plenty of cheap houses; they just aren’t close to jobs.

Starling explained how Buckhead’s lopsided ratio of jobs to affordable housing leads to bad traffic situations because 98 percent of the workforce has to commute into the area every day.

The traffic issue is exacerbated by another stigma, this time surrounding transportation methods.

As Goff mentioned, people are very willing to use rail instead of driving, but they often refuse to take buses.

“People say, ‘Those people take buses,’” he said. “We need to get over that.”

Casey Dawkins, professor at the University of Maryland, said one problem is that the U.S. government has no overall housing strategy, just homeownership incentives. He pointed out that too many local governments cause a lack of coordination in delivering housing policy.

Goff also noted the division of this issue means that different planners and developers are unaware of each other’s efforts, so everything remains separate.

“We need to our leaders to see that this is a holistic problem,” Goff said.

For Cecil Phillips, CEO of Place Properties and former chair of the Atlanta Housing Authority, the lack of affordable housing is directly tied to a shortage in construction labor. His solution? Modular construction.

“We need to change the way we build things,” he said. Like airplanes or cars, modular dwellings are built on assembly lines instead of onsite.

“In terms of cost, speed and market acceptance, modular is the way of the future,” Phillips predicted.

Panelists also raised points about solving issues from the policy side, including eliminating upfront construction fees and taxing land instead of the physical building.

As the evening continued, the panel fielded questions about a variety of topics from Airbnb to historic preservation.

Throughout all of the topics discussed and perspectives shared, a main takeaway was that the issue is complex to understand and difficult to solve.

When asked what thing people get wrong about affordable housing, Starling laughed and said everything.

“It’s just such a hard issue to engage in,” Starling said. “Because you can’t know all of it. You know, unless you literally study all of these different disciplines, you can’t know it.”

Still, many are trying to learn. The lecture hall was filled with students, some wanting to learn how to apply this new knowledge to their future planning careers.

Melanie Rausch, a planning master’s student from Atlanta, was happy she came because she was able to hear from developers from her own city. She also realized how connected this issue is to the rest of society.

According to the panel, the conversation surrounding affordable housing is confusing, complex and full of negative connotation.

Someday that may change, but society may need to change with it.

“The community has to say, ‘We want a different conversation,’” Hughes said.

Kendall Lake is a fourth year majoring in journalism in the Grady College of Journalism and Mass Communication at the University of Georgia. 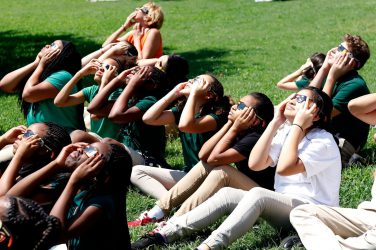 Students in Grady’s Advanced Photojournalism course spread out across the campus, county and North ... 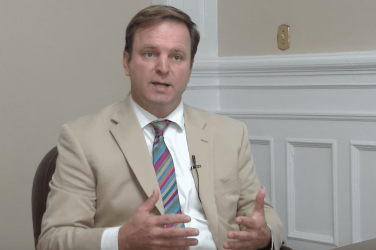 Athens Mayor: The worst has yet to come

Athens, Ga- When asked about her response to this weather, Mayor Nancy Denson says ...