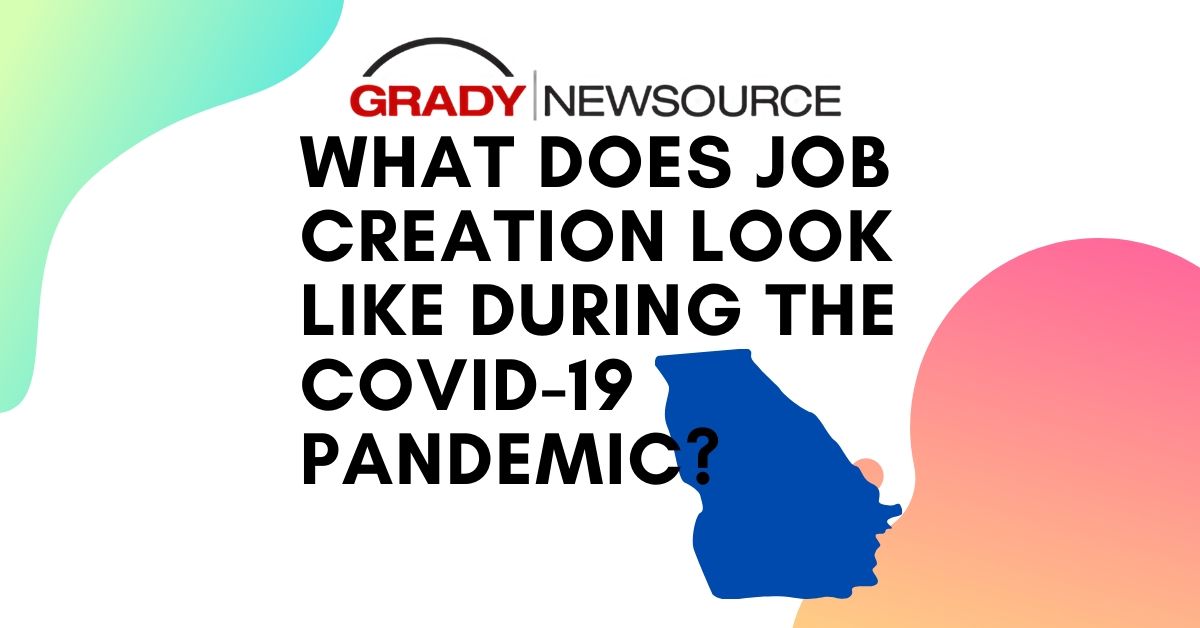 A few weeks ago, Stephanie Eason was working as a dental hygienist at Henry Cook Dental Care in Columbus, Georgia. Then, the COVID-19 pandemic led to the office temporarily closing its doors, leaving her unemployed until operations resumed. Two weeks later, she found work sanitizing shopping carts at her local Piggly Wiggly.

Eason is among many who have experienced unemployment across the country as businesses struggle to remain operational during the COVID-19 pandemic. The pandemic has resulted in an estimated 22 million Americans filing for unemployment over the past four weeks, a number which has continued to increase.

Henry Cook Dental Care tried to stay open and follow precautionary health measures. Despite this, the office ultimately had to file for unemployment insurance while struggling to acquire N95 respirator masks. Eason said she has not heard whether she or her coworkers will receive any financial compensation from the office.

Having just gotten married, Eason said she was facing a myriad of financial obligations. Eason said her husband was able to maintain his job at WTVM, but they had relied on her job at Henry Cook to afford groceries.

To make up for lost income, she began offering tutoring services through Facebook posts. Eason said her friend then told her there was a work opportunity at Piggly Wiggly.

“So I went in to fill out an application and was immediately hired to sanitize buggies,” Eason said. “That’s what I’ve been doing in the midst of all of this craziness.”

According to NPR, businesses have been coordinating to increase employment options for those who lost their jobs to the pandemic. Eason said when Piggly Wiggly could have just redistributed tasks to their current staff, she appreciated how they instead provided opportunities for people in her position.

Why It’s Newsworthy: As unemployment rises in the United States, job opportunities are essential to those with drastic financial need.

Ian Schmutte is an economics professor at the University of Georgia who studies labor economics. According to Schmutte, since these circumstances are tethered to a pandemic, the job economy is not responding like previous recessions. 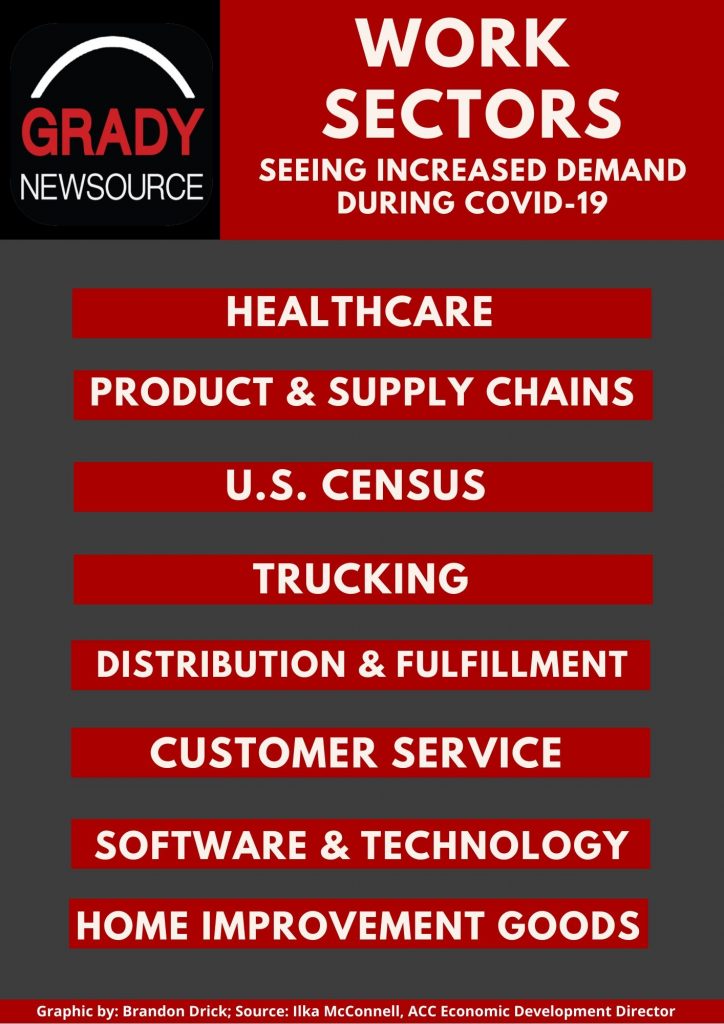 Schmutte said employment and hours have increased in many jobs associated with essential services. Despite employment options becoming available, he said it won’t repair the damage done in the big picture. The recreation, accommodation, foodservice sectors and many other occupations involving face-to-face contact have seen the biggest job losses nationally.

“These job losses will not be offset by the increased need for workers in essential sectors of the economy, such as health care, public safety, food production and distribution, and so on,” Schmutte said.

Eason said some of her coworkers at Piggly Wiggly had also recently come from unemployment. While Eason is grateful for the opportunity to make an income during the pandemic, she admits the pay doesn’t compare to what she made as a dental hygienist.

“I worked based on commission at that office,” Eason said. “Now, I’m back to working a couple of hours a week at a grocery store for minimum wage.”

“We can expect the labor market to ebb and flow with the rise and fall of COVID-19 cases and the policy responses to it,” Schmutte said. “For instance, employment will remain low in the retail, hospitality, and restaurant industries for at least as long as shelter-in-place orders remain in place.”

Athens-Clarke County’s Economic Development Director, Ilka McConnell, said the COVID-19 pandemic has disrupted over 113 straight months of job growth nationwide. However, it has also led to a temporary increase in demand for other services.

“ByoPlanet has been hiring,” McConnell said. “They produce an electrostatic spray system that is used to disinfect surfaces, which is and will continue to be in high demand even through the recovery period.”

Erin Jacobson, a senior health promotions major, had been a student worker at the UGA Law School Advancement Office for over a year. When the pandemic arrived, she said campus jobs were quickly lost for the semester.

As a temporary student worker, she didn’t receive compensation and didn’t work enough hours to qualify for unemployment. Luckily, she was able to maintain her other job as an intern with the Association for Recovery and Higher Education. However, Jacobson said this abruptly left her coworkers with no source of income.

“Other students, like the two others that worked with me, don’t have any type of alternative income,” Jacobson said. “It was over spring break, so they lost that week’s worth of pay, and now we’re just never going to clock in again.”

Some workers with an impaired immune system depend on certain types of work environments for their health. While work is available, there are few options for those within this demographic. Jacobson said that some of her immunocompromised friends can’t risk taking some of these temporary jobs.

Despite the sudden increase in unemployment within the county, McConnell said several local Athens companies are still hiring. The Georgia Department of Labor currently lists 116,763 jobs available in Georgia. Below is a map of Athens-Clarke County containing some businesses that have been hiring during the pandemic.

Brandon Drick is a senior majoring in journalism at Grady College of Journalism and Mass Communication with a minor in sociology from the Franklin College of Arts and Sciences, both at the University of Georgia.

Cat Fostering Is Increasing During Georgia’s Shelter in Place

Meeting the Need For Meat In Georgia; Surplus or Shortage On The Horizon? 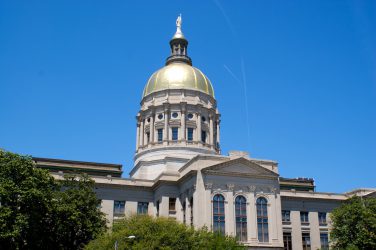 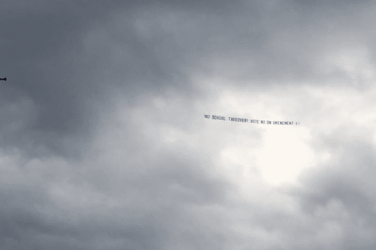 A Plane with a Message: Plane Sign Shows Opposition to Amendment One

At Saturday’s homecoming game, you may have noticed a plane flying around with the ... 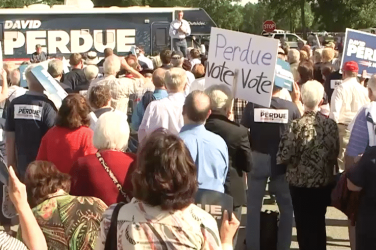 Where are the Candidates?

Reporter Ashley Rosenberg has been on top of all the candidates for the upcoming ...