A climate expert at the University of Georgia and scientific data show there is a negative effect on crop production around the globe due to climate change.

Why It’s Newsworthy: Half of the U.S. population are coffee consumers, and 50 percent of college students drink coffee daily. According to a report by the Climate Institute, coffee bean production could face a serious decline as early as 2050 due to the ever-changing climate. If action isn’t taken, coffee beans along with other important crops are facing threatening and possibly irreversible conditions.

Climate change is happening, and expert scientists believe we have a decade or less to reduce greenhouse gas emissions before the planet starts to take a catastrophic turn, according to Environmental and Energy Study Institute.

There is scientific proof that shows an alarming rise in temperatures, sea-levels and dry crops across the globe. According to a release by State Commissioner of Agriculture, Adam Putnam of the Florida Department of Agriculture and Consumer Services says 2017’s Hurricane Irma impacted more than 420,000 acres of Florida’s citrus production. While warmer weather is one of the main climate change discussion, decrease crop production has the potential to disrupt our eating and drinking patterns in the future.

According to NASA, the planet’s average temperature has increased by about 1.62 degrees Fahrenheit since the late 19th century. The earth has seen a rise in warmer temperatures over the past 35 years. Five of the warmest years have occurred since 2010, and 2016 is currently the warmest year on record. Ninety-degree weather in early October is just one symptom to climate change.

What Climate Means for Coffee

Warmer temperatures cause changes in weather patterns. Increased heat stored in oceans are leading to higher sea levels that can cause extreme events like Hurricane Harvey or Irma. Because hurricanes are formed over tropical oceans, warmer oceans and increased heat are causing stronger winds in hurricanes. In return, these hurricanes cause more damages on land to homes, schools as well as crops that grow some of earth’s most valued provisions: like coffee.

J. Marshall Shepherd, the Georgia Athletic Association Distinguished Professor of Geography and Atmospheric Sciences at the University of Georgia and a leading international expert in weather and climate, stresses the importance on focusing on these growing conditions now, rather than later.

“Everything about the earth is connected…there is no ‘plan B’ planet. This is the only planet we have found life on. These are things that are happening that affect our lives and our kitchen tables issues,” Shepherd said.

How important are crops like coffee bean to earth’s citizens? According to Espresso Business Solutions, Americans consume over 400 million cups of coffee per day. About half of the U.S. population are coffee drinkers and help independent coffee shops around the world, profit over $12 billion in annual sales.

Here in Athens, Georgia, there are more than 40 different locations where locals and college students can grab a cup of coffee during their morning commute to work or class. A recent 2017 report by the National Coffee Association shows that 50 percent of college students (18-24 years old) consume coffee daily.

To most students, coffee is a fundamental need. An important “wake-me-up” beverage to help students function throughout the day. Now imagine that need being stripped away and vanished from existence or inflation prices rising so high that coffee becomes a luxury rather than just a simple, economical beverage.

Coffee beans are already facing challenges with a decrease in production around the globe. Based on a recent 2016 report by the Climate Institute, if action is not taken to reduce emissions, climate change can impact global areas suitable for coffee production by 50 percent by the year 2050. By 2080, wild coffee, could become extinct.

Margaret Orr, 22, a master student at the University of Georgia, studying climate change communication, feels there is a reason to worry about the future of crop production.

“There a phrase I learned in class that says ‘wet gets wetter and dry gets drier’. Droughts like the northwest wildfires, are getting longer and worst. Rainfall is what keeps crops growing. So, if there are changes in rainfall it can change how much can grow,” says Orr.

The future of climate change may end up relying on active millennials. According to the World Economic Forum Global Shapers Survey, 48 percent of millennials who participated in the survey say that climate change is their top concern. With coffee and other important crops in danger, now is the time to seek out information and educate oneself on the real and possibly unavoidable future placed in front of us due to climate change before those catastrophic events take form.

“Just become more aware of what’s going on. Be aware of the fact that there are certainly some people that want you to think that it’s a hoax and not real. Understand the science and the reality of how it’s going to impact your lives now and going forward,” Dr. Shepherd said.

Athena McNair is a senior majoring in journalism in the Grady College of Journalism and Mass Communication at the University of Georgia. 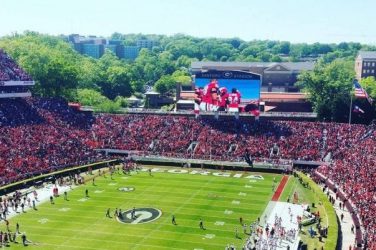 Athens, GA– The heat and the score weren’t the only things that fans were ... 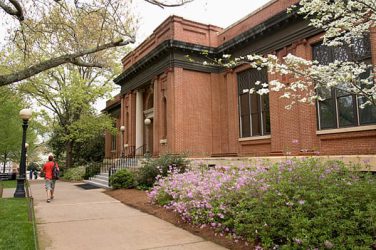 UPDATE: Students Might Make Up Snow Days with Saturday Class