This meant not only the usual excitement, but a bigger festival than ever before. Athens Gay Pride board member Kellie Devine said this was the largest turnout for both vendors and attendees in 20 years.

Attendees could not turn a corner without seeing more costumes, shows, celebrities and celebration than in years past.  Events included money-raising performances from locally famous drag queens such as Latrice Royale of RuPaul’s Drag Race.

Beyond the music and events, the 20th Anniversary of Athens gay pride brought something new: hugs.  Lisa Head brought the national “Free Mom Hugs” movement to Athens, a coalition of moms ready to hug any LGBTQ person in need of a little tenderness.  When she heard about the movement, she knew giving something as simple as a hug would be an important part of the festival.

“The majority of the people that are non-accepting do it because of a Christian religious belief,” said Head.  “And they need to realize that they’re not loving the way they were instructed in the Bible. It’s as simple as that.”

Athens Pride meant something different to different people. For Athens Pride board member Jaqueline Adams, it was an opportunity to celebrate.  Adams married her partner at Athens City Hall in January, and said the two of them have been welcomed into the community with open arms.

“To find a chosen family here through the queer collective, there’s just been so many great opportunities to meet people who make you feel part of a family,” Adams said.

The end of the weeklong celebration brought a call to action.  Between opportunities for voter registration, booths for all political parties, and local politicians, the midterm elections were a hot topic.

“This is important,” said State Representative Deborah Gonzales.  “It’s important to be here. It’s important my community knows I’m here to represent all of them.”

Gonzales, touting the importance of diversity in a community, said everyone, especially marginalized LGBTQ members, deserves to be heard.

Georgia has over three hundred thousand women owned businesses and I caught up with ... 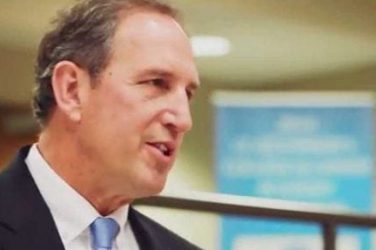 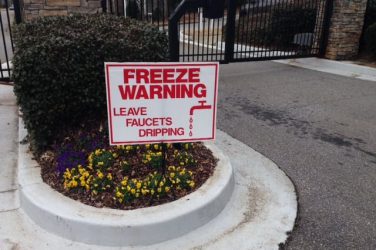 Dropping Temperatures Will Chill Your Pipes

ATHENS, GA - Cold temperatures could hurt more than your fingers and toes. Your ...