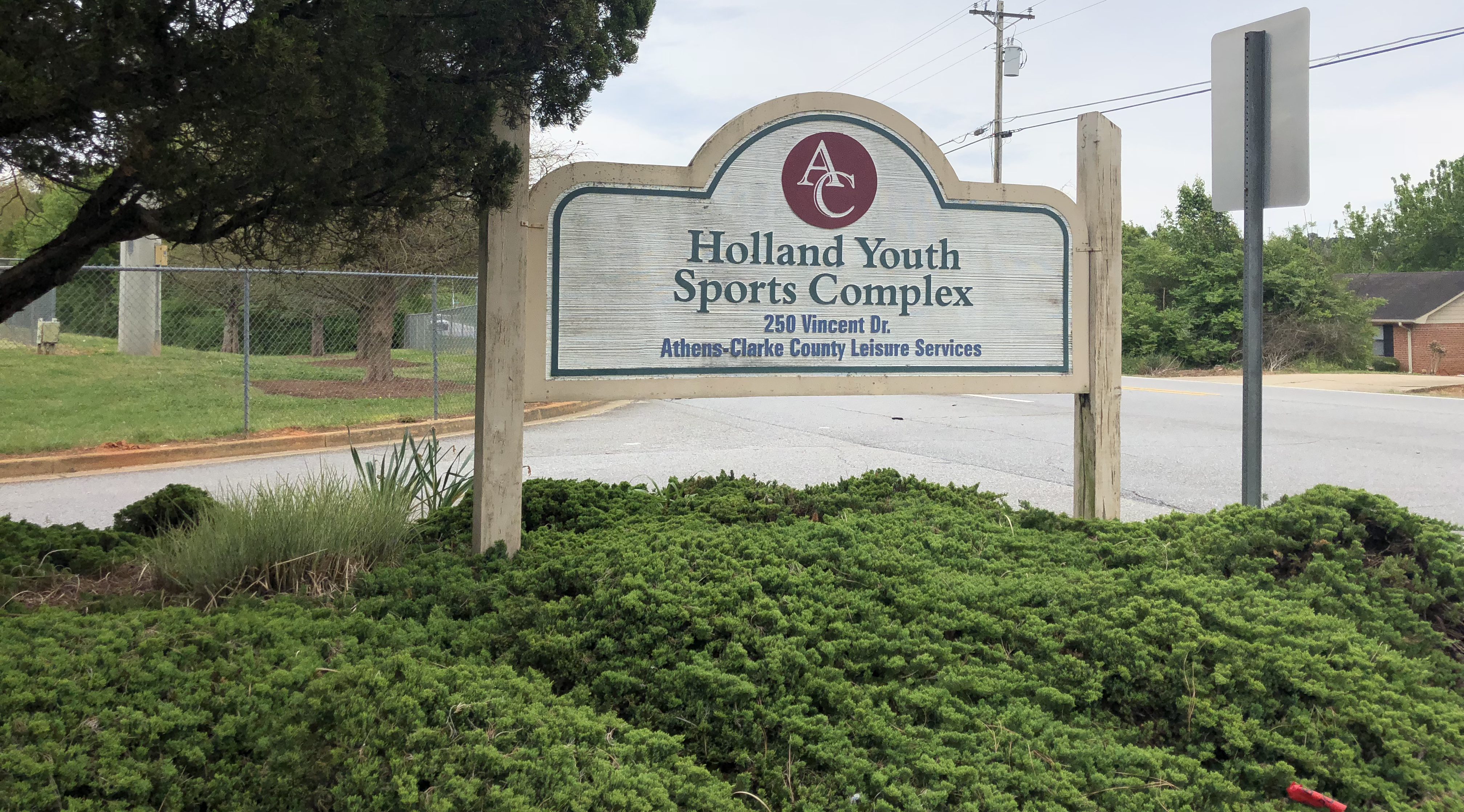 The building becomes loud with chatter. People scribble in their notebooks and raise their hands to ask questions. The atmosphere in the room resonates progress, but also stress. The deadline is approaching quickly, and the weight of the decision-making process is becoming heavier with each day. The $248 million budget lingers in everyone’s minds, citizens and committee alike. The number sounds so large, but when looking at each individual project $248 million doesn’t seem like enough.

The citizens of Athens-Clarke County (ACC) want to know which projects will be chosen; they want to know what they should expect over the next few years. The Citizens Advisory Committee wonders what to cut. The mayor and commission worry about how to allocate the funds.

There are always worthy projects that would provide community benefit,” said Mayor Kelly Girtz. “So many that it is impossible to fund all of them in the short-term.”

Originally, there were 88 projects. The Citizens Advisory Committee has made their recommendations, now the responsibility belongs to the mayor and commission. Months of deliberation and meetings, hours of reading projects and listening to proposals, and hundreds of comments from citizens have made their impact. The question remains: what projects will best serve the community? Moreover, what does this all mean for this county’s citizens?

As the smallest county by geography and the 14th county by population in the state, Athens-Clarke County is searching for ways to increase improvement within the community. The local government wants to improve the county by constructing sidewalks, expanding nature trails and building community centers. To some, SPLOST is a funny sounding acronym. For the majority of non-Georgia natives, the word SPLOST has little connotation or importance. The special-purpose local-option sales tax is a financing method in Georgia. SPLOST is a 1% sales tax that counties use to fund capital outlay projects. A SPLOST is passed by a county commission and is voted on by residents during a referendum. It typically takes place every five years, but collection can be extended. All funds must be compliant with Article 8, Section 6, Paragraph Four of the Georgia Constitution and Official Code of Georgia Annotated.

“Georgia law allows local jurisdictions to use sales tax proceeds as funding for capital improvement projects that would otherwise be paid for with general fund and property tax revenues, which in many cases would present too great a burden to the local taxpayers and preclude projects from being undertaken. This sales tax revenue is authorized by Georgia law as a Special Purpose Local Option Sales Tax (SPLOST). A SPLOST is imposed upon the approval of a local referendum by the voters of Athens-Clarke County,” according to the Athens-Clarke County official website.

Athens-Clarke is not the only county to be working toward these decisions. Counties throughout Georgia must decide how to spend their tax dollars. They have been making these decisions since the SPLOST law was enacted in Georgia in 1985. A SPLOST collection is not a requirement, but rather something a county can opt to do.

Since 1985, Athens-Clarke has held six SPLOSTs; the SPLOST 2020 will be the seventh. The earliest ACC SPLOST was in 1985, when $9 million was collected to restore the courthouse and make renovations to the Division of Family and Child Services. The first SPLOST in 1985 lasted two years. Since the first SPLOST, Athens-Clarke voters have approved each renewal of the tax.

In order to qualify for a SPLOST, a county must be a qualified municipality and meet several service requirements. The Association of County Commissioners request the creation of SPLOST as a county tax similar to the Local Options Sales Tax (which is a tax of its own). Throughout the state, counties jump at the opportunity to use the collected revenue to fund projects within their borders.

Fortunately, we are often able to leverage local dollars to draw support from the state and federal governments, as well as private foundations,” said Girtz.

Voters have typically approved the tax and the programs over the years; each county has websites that detail their own SPLOST history. There are dozens of rules and regulation surrounding SPLOST, all available within the ACC Guide.

Many people within the government are involved in both initiating and facilitating a SPLOST. It is a lengthy process with decision-making spanning over a year and collection over five. The process happens in several ways, but it is easiest to understand when put into the current perspective of the 2020 SPLOST.

On Nov. 11, 2018, all projects were submitted to be reviewed. Projects must be compliant with the SPLOST rules. These projects are then placed under a technical review before they are sent to the mayor and commission, as well as the Citizens Advisory Committee. This year, from January to March, projects were presented. Each project had a speaker who would present a PowerPoint and provide as much information as possible on their proposal. The floor was then opened up for questions. Each of these PowerPoints and session recordings are available on the ACC Website.

Originally, Athens-Clarke County had received 88 proposals. The SPLOST allocates approximately $248 million for use.

I want to make sure those projects are looked at equitably,” said Tim Denson, County Commissioner for District 5. “We have some big opportunities with SPLOST funding to serve the communities that need them most.”

On May 14, the Citizens Advisory Committee will present the finalized project list to the mayor and commission. On June 18, a public hearing will be held, and on July 2, the final list will be approved. Now that the projects have been decided, a referendum will be called for. If approved, the referendum will be held on Nov. 5, 2019.

Athens-Clarke County voters will be able to vote for or against SPLOST collections. Since 1985, every SPLOST has been approved by voters. Referendums don’t usually fail, but in the case that they do, another SPLOST referendum may occur no less than a year from the date. If a project becomes impracticable, it may be abandoned and a referendum is held for this as well.

If approved in November, the SPLOST 2020 the collections will begin on April 20.

Where Do You Come In?

Citizens are involved in the SPLOST process in many ways. There are opportunities to support projects and advocate personal interests. While the majority of projects are submitted by groups, committees and departments, many individuals involve themselves by advocating for their own interests and opinions. Many meetings are open to the public, and participation is encouraged. Selected projects impact many citizens without their knowledge. Improvements to parks, nature trails and greenways are often direct results of a SPLOST. Many parents want to see the Gaines Youth Development Center built. Local environmentalists and business owners alike are hoping to see $10 million in funds toward carbon-free energy. Though many citizens may have a personal favorite, they all can agree they want to see the community improve.

The Bear Hollow Zoo Renovations Project proposed a plan costing $13.6 million. The project did not make the recommendations list for the Citizens Advisory Committee, but many residents are hoping the mayor and commission will decide to place it on the finalized list.

Citizens are also able to submit comments on the SPLOST open forum, both positive and negative feedback is welcomed. This feedback is viewed by the Citizens Advisory Committee, who use the feedback to better understand community interests. Comments are also published on the website for citizens to view. Due to this reason, comments are often anonymous.

“When SPLOST was promoted to voters they touted items such as the Greenway, parks and making the community more pedestrian and bike friendly. Now many of the projects just seem to be things that didn’t get prioritized for General Fund expenditures,” said one anonymous comment on the SPLOST comment forum.

“SPLOST 2020 is shaping up to be an iconic opportunity Athens can do for our city and provide a model for others that love democracy in a creative metropolitan setting with many rural roots,” said another.

The most direct way to be involved is to vote in the upcoming referendum in November. Voting will directly decide if the SPLOST will happen at all and if the projects will be able to receive their funding. People will line up to vote in the referendum, many anxiously awaiting to see the changes the money could bring.

Where We Are Now

The list has been narrowed down to 22 projects. Several projects that were anticipated by citizens to make the cut did not, including the Classic Center Renovations and the Bear Hollow Wildlife Trail. The list of recommendations from the Citizens Advisory Committee will be presented on May 14, when the mayor and commission will evaluate the list and make the final decisions. The proposed SPLOST will be on the referendum ballot in November.

Marisa Hernandez is a junior majoring in journalism in the Grady College of Journalism and Mass Communication at the University of Georgia.

The Holland Youth Sports Complex is one of the 22 projects approved for SPLOST by the Citizens Advisory Committee.

The Holland Youth Sports Complex is one of the 22 projects approved for SPLOST by the Citizens Advisory Committee.
NEXT STORY

The Holland Youth Sports Complex is one of the 22 projects approved for SPLOST by the Citizens Advisory Committee.

The Holland Youth Sports Complex is one of the 22 projects approved for SPLOST by the Citizens Advisory Committee.
PREV STORY

Visit any Athens restaurant and you’re likely to be hit with a board of ...

By: Anna Clark You can start on your Christmas shopping while helping puppies at the ...