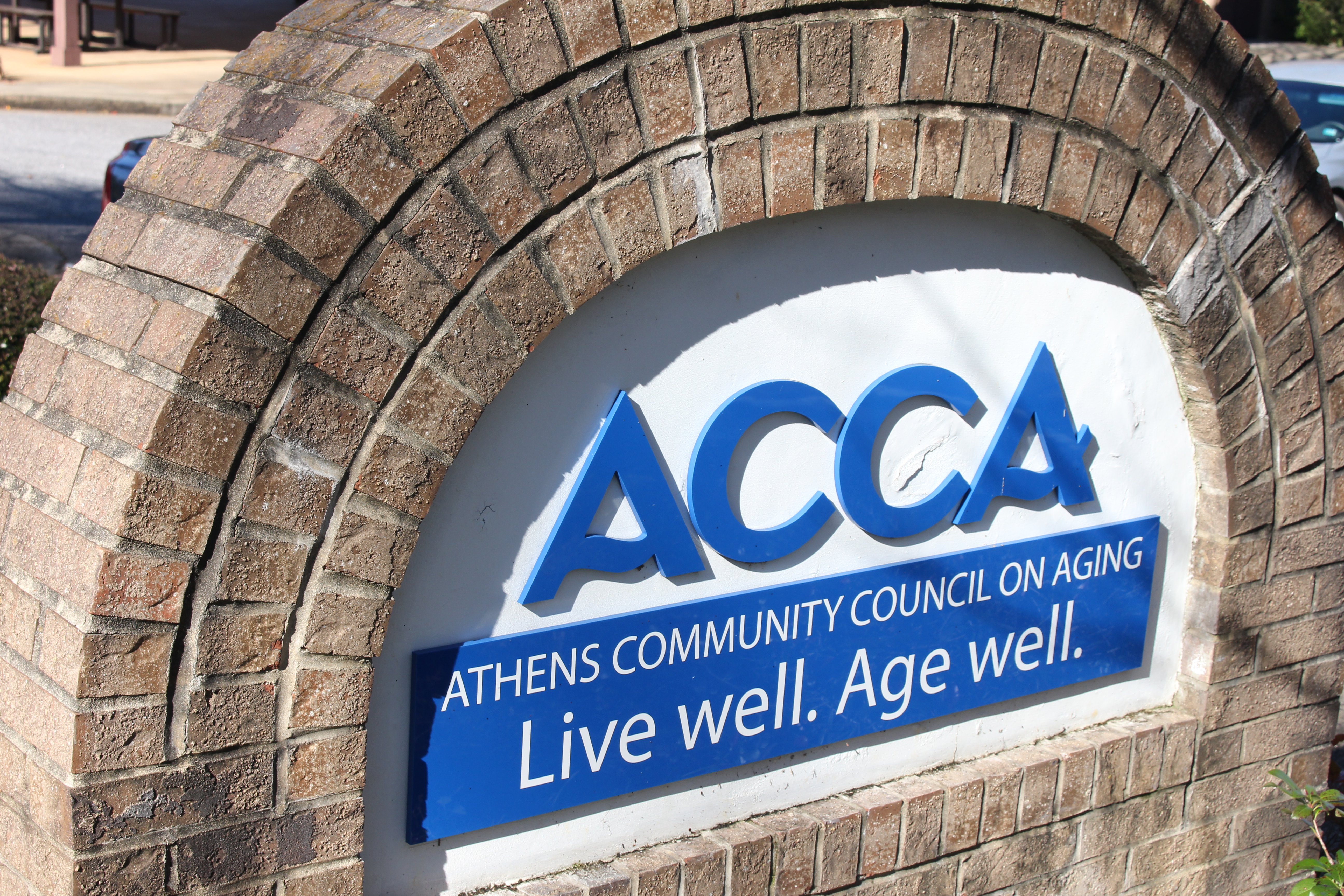 With residents over the age of 65 making up 13 percent of Athens-Clarke County’s population, long-term care facilities and nursing homes are vital parts of the community. However, the standard of care received in these facilities affects the quality of life of the residents and makes what is often an already stressful transition harder for the resident and involved family members.

The Athens Community Council on Aging’s (ACCA) Long-Term Care Ombudsman Program functions as a “resident’s advocate” by investigating and solving facility-related complaints and educating residents, families and staff on what rights residents’ have.

According to the National Long-Term Care Ombudsman Resource Center, the Ombudsman program is a federal initiative that originally started out with only five individual programs in 1972, with a focus on solving nursing home complaints. Six years later, amendments were made to the Older Americans Act, which required all states to have an Ombudsman program.

Why It’s Newsworthy: Due to the rapid and continued growth of the older population in Georgia, the use of nursing homes and assisted living facilities will likely increase. The Ombudsman program serves as a resource to address complaints and issues related to the quality of care received at these facilities.

The Georgia Department of Human Services’ Division of Aging Services partners with Area Agencies on Aging, like the one that serves Athens, to provide resources throughout the state.

Liz Schulze, an Ombudsman representative at the ACCA’s Long-Term Care Ombudsman Program, said the term “Ombudsman” is a Swedish word for “citizen representation.”

“We’re advocates for residents of long term care facilities,” she explained. “I’m a long-term care Ombudsman but there’s Ombudsmen in the military and in businesses.”

Schulze said there are several Ombudsmen who work out of the ACCA, which covers 10 counties throughout Northeast Georgia. The representatives of the program visit every nursing home, assisted living facility and personal home care in the region at least once every three months.

“We also cover what’s called a community living arrangement, which is for people have developmental disabilities but we don’t visit them routinely,” she added.

For the fiscal year ending Sep. 30, 2017, discharge and eviction were reported as the top complaints, according to an annual report by the Office of the State Long-Term Care Ombudsman for Georgia.

Some of the other top complaint categories included in the report were dignity and respect, personal hygiene and cleanliness.

While Schulze didn’t know the specific top complaint that is received by the ACCA’s Long-Term Care Ombudsman Program, she did mention issues related to resident rights and food as being prominent complaints.

“Residents in nursing facilities and other long-term care facilities are afforded certain extra rights,” she said. “They have the right to be treated with dignity and respect, right to vote and the right to privacy.”

Schulze said she thinks those rights are in place because often when someone enters a long-term care facility, especially a nursing facility, people think they can’t make their own decisions or participate in their care.

To combat attitudes like these especially among the staff at the facilities, the ACCA’s Ombudsman program provides in-service education, where it is emphasized that the residents in a nursing facility aren’t in prison and shouldn’t be treated as such.

Schulze said the food complaints the program receives are typically related to the food being cold or not seasoned to the residents’ liking, or the residents’ just generally not liking the food they’re being served.

“We get complaints that if they receive their tray in their room, when the food comes on their tray the food is cold,” she said. “It may be that the kitchen serves it and then it’s sitting out in the hallway too long before it gets served to the resident.”

When new residents are admitted into the facilities, they are asked what foods they like and don’t like, both of which go on a paper ticket that is placed on their tray. Schulze explained that sometimes the kitchen staff doesn’t play close attention to the ticket and ends up putting one of the resident’s disliked foods on their tray.

Challenges with the Program

Even though maintaining a resident’s right to still have a say in their care is a main priority of the Ombudsman program, it can also bring challenges, according to Schulze.

Schulze said needing full permission from the resident can be difficult especially when family members are involved.

At that point, Schulze said they then have to call the family members back and tell them that it was the resident’s choice to not have any action be taken.

One reason Schulze mentioned as being a potential reason for a resident to not file a complaint is fear of retaliation from the staff. “They’re the ones who have to live at that facility and they’re dependent on staff to provide care to them so we have to work according to what the resident wants,” she said.

The ACCA’s Ombudsman program allows volunteers to also have a role in furthering their mission of protecting the rights of residents in long-term care facilities. You must commit to one year of service in order to volunteer, which tends to work well for students, Schulze said.

Volunteers of the program visit nursing facilities and spend time with the residents, but do not handle or investigate complaints. However, Schulze said there is an opportunity to become a certified volunteer which would allow investigating complaints.

“Volunteering really can help you feel more comfortable speaking with and visiting older adults, especially people who have medical needs,” Schulze said. “Being a friendly visitor is what we call it.”

Students have not walked the hallways of the Oconee Street School building in almost ...

The 6TH Annual AthHalf Half Marathon will be this Sunday, Oct. 25. Check out ...