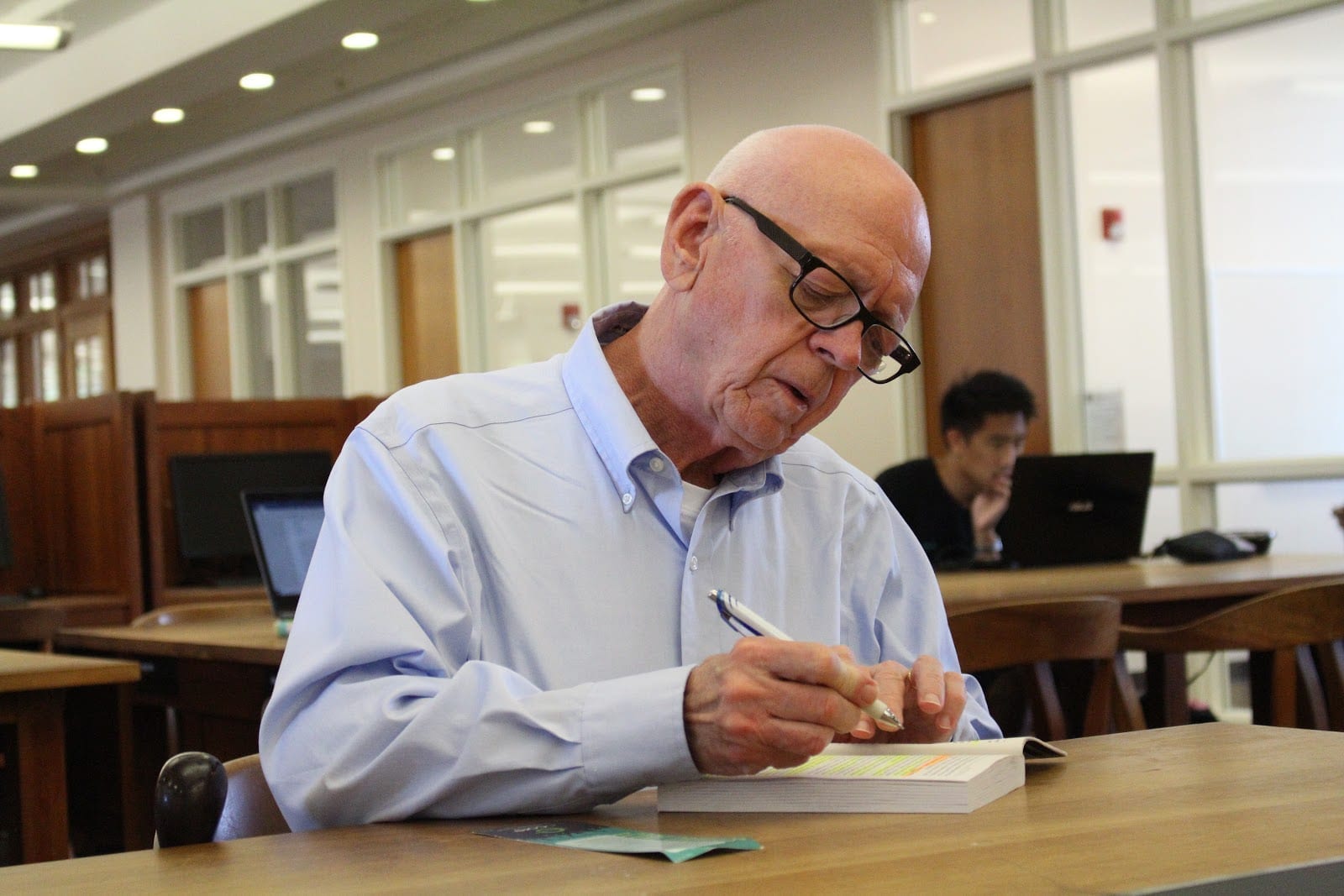 Correction: In an earlier version of this article, the reporter did not clarify that Gee had completed his business degree at a community college.

The thought of going back to school can be a nightmare for some people, but not for Olyn Gee, a 71-year-old former self taught photographer and recent University of Georgia spring 2018 graduate, who attended college for free to get the college experience he did not have when he was young.

Why It’s Newsworthy: Georgia residents over the age of 62 can attend public colleges and universities for free but with various restrictions.

After completing his business degree from a community college in his 20s, Gee went back to school almost half a century later. He says the reason he initially didn’t continue furthering his education was due to cost and the busyness of life. But then, he heard about the Board of Regents program.

“One day that I was in Athens for work, I went to the admissions office and asked for information. I just wanted to come to UGA because I thought it would be a fun experience,” said Gee.

The Board of Regents implemented a policy under the section 4.2.1.5 in Undergraduate Admissions that Georgia residents 62 and over can attend any of the 30 colleges or universities in the state. The person may enroll as a regular or an audit student. A regular student receives credit towards a degree, while an audit student simply goes to learn.

The person does not have to pay for tuition, but there are expenses. These include supplies, laboratory fees, parking, and housing, if they do not live in a home in the area. They must meet all of the University of System of Georgia and institution admission requirements, as well as the graduation requirements if they are seeking a degree.

The process can get a bit complicated for these students when they try to prove their institution records.

“The hard part was transferring my credits from my old college since that college did not existanymore”, says Gee.

Amanda Sales from the UGA  Admissions’ office stated there were 20 applicants this 2018-2019 school cycle (including summer 2018) over the age of 62. Only 36 percent of these students were considered complete and admitted.

Gee is included in the 68 percent of males over 65 in Athens, Georgia with a bachelor’s degree. This is greater than the national average of both male and females over the age of 65 combined who form the roughly the 27 percent of adults with a bachelors degree.

There are issues to consider when there are not enough schools you can apply to after this age. For instance, a 62-year-old Athens resident would only be eligible to apply to the University of Georgia since Athens Technical College and others are not on the list of colleges they can attend.

Fortunately for Gee, the University of Georgia accepted him. Gee thought attending college would become his hobby.

However, this quickly transformed into a goal after listening to his wife’s advice.

“My wife asked me ‘why don’t you get a degree in something if you’re already going to school’, and I said no because I came here to learn about political science and history. It turns out that my counselor told me that I was a junior already in college, and it made sense to major in political science.”

While some students spend Friday and weekend nights with friends or partying, Gee makes sure he is productive and dedicates time for his wife.

“My wife manages her time for me. It also helps that we have a puppy at home. I take Fridays, Saturdays, and Sundays off. I have time to study and be with my wife. I don’t have to do what you college kids do like go out partying with friends on the weekends. Besides, we don’t pay for university fees for events, so we don’t get to go to the football games on Saturdays or go to Ramsey [the gym]”, says Gee.

It takes four years on average to graduate with a bachelor’s degree, but Gee says,  “It took me seven and a half years to graduate. Every time I wanted to take a class, it would get full, and I would have to wait till the next semester or for someone to drop the class.”

The University of Georgia Undergraduate Admissions’ website emphasizes the words “space available”. Gee took seven and half years to complete his degree  because of the lack of space in the classrooms. That is, if Gee’s degree requires 120 hours to graduate, he would register for classes after everyone else (a normal college student) was registered.  Gee waited several semesters before he could get a class that would help him continue his next classes. He prefers to wait on everyone to register no matter how much he wants or needs a class. The classes are first come first serve, which means Gee gets the leftovers of classes.

He does not consider the idea of asking the instructor to accept him into their class. He states, “I just don’t think it’s right since I sign up for this, for what it said in the policy. I have to wait until someone drops the class for me to get it.”

It was in some of these classes that Leopoldo Vargas, a senior at the University of Georgia majoring in political science and journalism, saw Gee for the first time.

“Olyn has been in my political science classes for the past three semesters. When I first saw him, I thought he was the professor just sitting down in class. Then, I realized he was just a normal college student like us, and he made himself very noticeable in every class with his participation.”, says Vargas.

“My family and I have always been very interested in politics, and now, I am back in college learning. After I graduated, I was on my summer break, and I thought this is great not doing anything! Then a week passed by and thought this is horrible and boring staying at home doing nothing, so I decided to come back and began interested in journalism.”, says Gee

Technology has not kept Gee from striving in college. On the contrary, he came back to school to incorporate it into future projects and using social media may become an option.

Gee says,  “At first, I created my facebook. Then, people started telling me to do an instagram, and I was like fine I’ll do it,  so, I did. I type very fast with my two fingers on each hand. I even text now. My goal now is to do a political blog, and I hope that with the help of the journalism department that can become possible.”

Blanca A. Lopez Olmedo is senior majoring in journalism in the Grady College of Journalism and Mass Communication at the University of Georgia.

UGA has recently signed a contract with South Carolina tech company Proterra and will ...

Watch for a preview of today's assigned stories. Tune in at 5 for the ...