Have you ever eaten a cricket? Mealworm? Grasshopper? What about ants? Several experts in the field of entomophagy sat down with me to discuss what kind of nutrients people can get from eating insects and whether or not this is something that could be sustainable with an exponentially growing world population.

Why It’s Newsworthy: World population is growing exponentially, according to a ThoughtCo report released in July. Finding sustainable ways to feed people could be key to feeding a large population.

In the past, entomophagy has been as somewhat of a novelty, but people like Chelsea Thomas have taken great leaps to normalize the act by incorporating them into regular products such as corn chips and cookies.

“I think that when you look at the 2 billion people in the world who are eating bugs and that are making purchasing decisions actually on sustainability of health impact, you can start servicing more directly to the functional foodies, the fitness foodies, or even vegan and vegetarian communities,” said Aly Moore, writer and chef at Bugible. “I’m excited. I see a whole lot of change, especially now.”

Who is Driving this Market?

Public opinion seems to be swaying as people become more open to the concept of entomophagy. Julie Lesnik, an anthropology professor at Wayne State University and one of the world’s leading proponents of entomophagy, has seen a lot of change to the acceptability of entomophagy in recent years.

“Some people are more adventurous than others, they’re quick, and it’s easier to change their minds,” said Lesnik. “At every event I host, there’s a couple of more people already familiar with the concept and willing to try insects.”

Crickets are one of the most common types of insects currently farmed in the United States. Cricket farms such as Aspire Food Group and Entomo Farms are working to make buying insects for personal consumption easier for people in North America, with Entomo offering an online store with cricket powder, whole roasted crickets, and seasoned roasted crickets. There are many recipes that crickets could be added to, with some people even substituting part of flour measurements for cricket powder.

According to a report released by Meticulous Research in March, the insect market is predicted to grow in volume at a Compound Annual Growth Rate (CAGR) of 28.7% by the year 2030.  The growing population and decreasing food resources, increasing demand for protein-rich food, and the high cost of animal protein are listed as a few contributors to this rise in this product. Terreform, a non-profit urban architecture and design group, has even been working on a modular emergency shelter that can house crickets as a food source.

Insects Approved By the USDA, Just Like Any Other Food

“Any cricket farm here in the United States has to be at the same standards of cleanliness as any food production facility,” said Lesnik.

Entomophagy is common in the eastern world, but people in the west tend to avoid insects due to programmed reactions from childhood. Aly Moore has made it more palatable for westerners to consume insects by sharing recipes such as cricket tacos and making wine pairings with crickets and termites.

“We program this disgust mechanism into our children by saying ‘ew, don’t touch that bug’,” said Lesnik. “I really don’t even try to ask people to overcome that mechanism. I’ll provide them a space to do that, but those mechanisms like gag reflexes and stomach-churning are real. But, I do ask people to reign in those disgust reactions if they’re around kids so we’re not programming that instantly into the next generation.”

“You are taught from a young age, especially in western cultures, that bugs bear pestilence and disease and that they’re even the giant insect creatures in scary movies,” said Moore. “Nothing like a little courage, hence my wine pairings.”

Tristen Webb is a senior majoring in journalism in the Grady College of Journalism and Mass Communication at the University of Georgia. 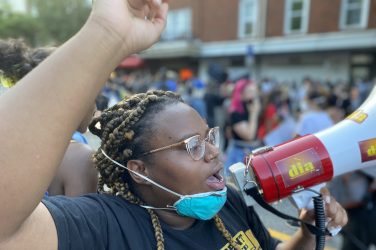 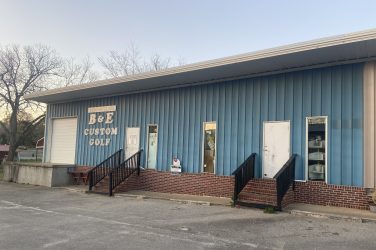 When you think about golf, what do you see? Do you see players or ... 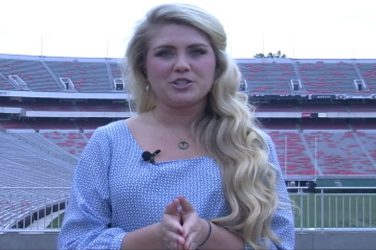 Ashley Yost heads to Sanford Stadium for your morning webcast.