Eight Georgia Bulldogs will go from between the hedges in Athens to under the dome in Indianapolis to participate in the NFL Combine. The combine gives college football players the chance to showcase their skills for NFL teams, and their performance can make or break their chances of being drafted.

Best of luck to our eight Dawgs in Indy for the #NFLCombine this week. #CommitToTheG pic.twitter.com/YMbwCtlbHP

Today will be media interviews for running backs, offensive linemen, and special teams. That same group’s first workout will be on Friday. For Georgia, this group includes Marshall, Hicks, and Theus. Marshall tweeted yesterday about leaving for Indianapolis.

Quarterbacks, wide receivers and tight ends will have their interviews tomorrow and then work out on Saturday. This includes Mitchell, Georgia’s lone receiver at the combine.

On Friday, defensive linemen and linebackers do their interviews and then work out on Sunday. This is the largest group of Bulldogs: Floyd, Jenkins, Bailey, and Mayes. Floyd tweeted this morning about how he’s anticipating the combine. Insert James Bond reference?

Last year, Georgia wide receiver Chris Conley was anticipated to be drafted late before the combine. But Conley blew the scouts away with gigantic numbers including a blistering 40-yard dash time (4.35 seconds) and a vertical jump that may have even had NBA teams interested (45.0 inches). His draft stock exploded after his combine performance, and the Kansas City Chiefs drafted him in the third round.

45 inches = an #NFLCombine vertical jump record.@_flight17_ did that. And made it look EASY. https://t.co/gu7QuVUXmv 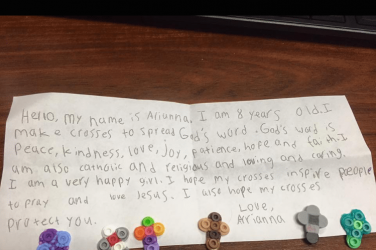 Athens, GA- A quick look at what goes on behind-the-scenes to get our newscast ... 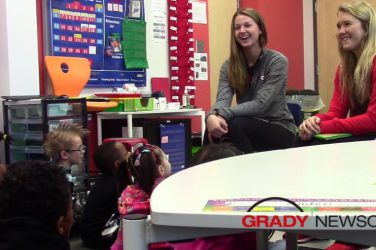 [youtube https://www.youtube.com/watch?v=82ZDKIKcJZM] Athens– Barrow County Elementary School may not be in Katroo, but every ...