On a clear, sunny day what do you do? Bask under the warm sun? Go for a nice stroll around a pond? Launch your two thousand dollar creation 500 feet in the air and pray you land it without a scratch? Well that is exactly what over 2,400 model airplane clubs do throughout the country. Thousands of Academy of Model Aeronomics (AMA) members spend days, months, and sometimes even years, building model airplanes that resemble a spitting image of the planes that fly around the world.

The preparation that goes into flying these aircrafts is something members of the Athens Model Airplane Club hold sacred. They view this as an art form, a pastime, and something you can’t just learn to fly in a matter of minutes.

Which is why club members do not care for the new drone technologies that require little construction, and an even smaller amount of time investment. Drones are an increasingly popular Unmanned Aerial Vehicle (UAV) being used more and more each day. Amateur UAV’s are recreational users of drones that fly for a hobby. 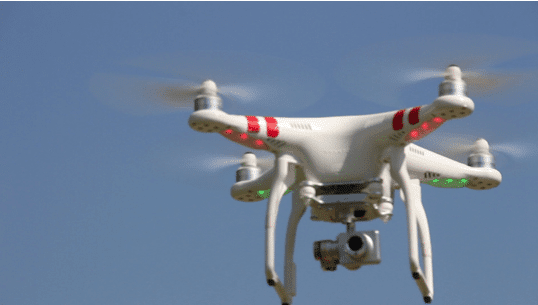 It’s the drone-growing hobby that has model airplane users uneasy of the changing times.

“There was always an issue between the old school skiers, and the [new school] snowboarders because the snowboarders would get in the way of the skiers, and vice-versa. It eventually got to the point where they co-mingled and got along, but it’s the same thing with the airplanes and drones… the hobby kind of changes as the technology migrates,” McGruddy said.

“Now with the drones, it’s a new migration and tool for people who don’t really fly. And may not be interested in flying,” McGruddy said.

McGruddy and many of the other club members do not find much of an interest in the new drone craze. They feel as if drones take away from the art of building and flying your own, personal aircraft.

“The drones do nothing for me. I see what they can do, and they’re fun to play with and that’s great, but they just don’t do anything for me,” said Mark Stanley, a Athens Model Airplane member whose been flying for the past 35 years.

“Drones seem to resonate with the video game generation,” Stanley said. “It used to be when we were kids we’d learn to build and learn to fly airplanes, and the clubs had an age range from 6 to 96. Now, a lot of us old timers are staying in the club, but the new guys are not doing it. A lot of the youngsters would rather stay home and play video games. If I crash, all I have to do is press the reset button, instead of having to actually go home and fix it.”

Stanley is not the only one in the club whose been building and flying model aircrafts since he was a kid. In fact, most of the members have been participating in this hobby for much longer than Stanley.

Ray Sexton, like most of the Athens Model Airplane members, was turned on to the hobby after the boom of military airplane construction throughout World War II. According to “Air & Space Magazine,” more than 304,000 US airplanes were created by 1945, which gave way to new, innovative styles of airplanes and bombers. Many people like Ray instantly fell in love with these new airplanes.

“I just enjoy airplanes,” Sexton said. “I can’t fool with the big ones; I don’t have the finances to do that, so this is the next best thing. From a child on I’ve build model airplanes in one way or another. When I first started you had to build your plane, your radio and everything. You couldn’t go to the store and buy one already fixed, like you can today.”

At 87 years old, Sexton is not up to try the new drone technologies. He flies the old school way of a gas-powered motor, and feels very similar to drones as he did to electric model aircrafts when they first started coming out.

Stanley said when he first joined the club with his electric powered airplane, the reception was not what he expected.

“I was one of the first guys to bring electric planes out to this field,” Sexton said.

“They looked at me like I had two-heads, ‘cause who uses electric airplanes,” Sexton said, impersonating a few older members of the club. “When the gasoline airplanes have all the power in the world-make alotta noise and it’s all the fun.’ But more and more people are now transitioning to electric airplanes.”

The transition between gasoline and electric powered airplanes took some resistance at first, until they found a spot on the same airfield. That holdback could be very similar to the new wave of drones.

Mark Evans is the Program Chair for Emerging Technology at Athens Technical College in Georgia. He teaches both high school and college students how to properly use drones for recreational use. He believes the new era of “Digital Natives” born into the technologically advanced times, pushes younger people towards drones over a conventional model aircraft.

“There’s a theory that there are two types of people in the world right now. There are digital immigrants-which are guys like me who grew up before cell phones,” Evans said.

“And then there are digital natives: people who grow up with cellphones and computers all around them,” Evans said. “So what digital natives want is to control the world as much as they possibly can, through the devices they have. And drones allow [digital natives] to go and explore without really leaving the comfort of where they’re at.”

“What draws me to drones is that it’s almost as if I can apply the same concepts I do to play a video game,” said Athens Technical College student, Aramis Pherrer. “I can use these concepts to pilot the drone.”

Aramis is one of the dozens of students Evans teaches. Aramis said that he was able to become nearly an expert at flying a drone within a week, compared to the craft of flying a model airplane that may take months or years to perfect.

“The modelers-they’re artisans,” said Evans. “They take pride in their craft, and it is a true hobby. It’s something you spend a lot of time and money on. And there’s also a lot more that goes in to flying those particular machines, where as with drones if you give me 2 hours I’ll make you proficient. If you give me a week I’ll make you an expert.”

It is this simplicity of learning how to fly a drone that makes Evans believe more and more youth will continue to pick up the hobby of flying a drone. This may inadvertently hurt the future of model aircraft clubs.

Almost all of the 22 members within the Athens Model Airplane Club are retired, and there are no members under the age of 30.

“I think, in my own opinion, that the hobby is made up of more older guys than guys in their 20’s or 30’s,” said president of the Athens Model Airplane Club, Harold Barnhart.

Barnhart is optimistic that his club will prevail, and hopefully attract new members.

However, Sexton is unsure of what’s next for the future of the art of model aircrafts.

“As you can see-we’re all old men,” Sexton said. “It’s going to die out one day if we don’t get some young blood in [the club]. I wish we could get more young folks in it, but maybe it’s just not meant to be. Sometimes you wonder about that.”

The tension existing between the drones and the model airplanes may only dampen the possibility of keeping the hobby of model aircrafts alive. No matter, the love of flying still remains evident no matter what remote control you have in your hands. 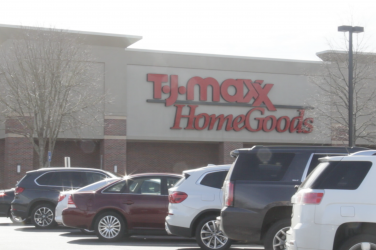 Abbie Clark, a fashion merchandising major at UGA, is warning others about a concerning ... 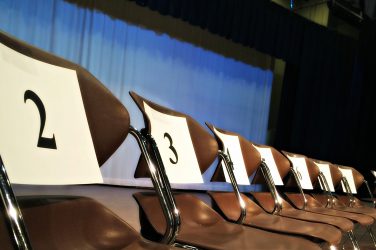 The Clarke County School district wide spelling bee was today. Reporter Kenna Rodgers was on the scene while ... 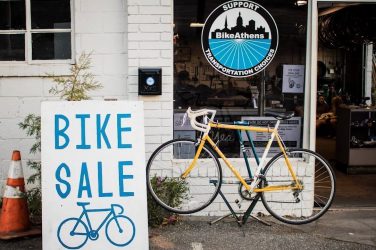 Providing Bikes to Those in Need of Transportation

Bike Athens and UGA reCYCLE are eager to get you on the road again ...