Atlanta, GA — It didn’t come down to one play this time. It wasn’t even close.

In their second meeting in three weeks, No. 6 Georgia (12-1) exacted revenge against its “feudin’ cousin”, No. 2 Auburn (10-3), in a 28-7 win in the 2017 SEC Championship at Mercedes-Benz Stadium while almost certainly punching a ticket to the school’s first ever College Football Playoff appearance.

“[They’re excited to] hopefully be in the playoff,” Georgia head coach Kirby Smart said. “We don’t concern ourselves with rankings. We never have. What does it really matter? If you’re one through four, you’re in the tournament. That was our goal, and that’s what we’ve achieved.”

The Bulldogs and Tigers switched roles in their first postseason rematch since the SEC Championship game was established in 1992.

Auburn’s offense struck first this time, similar to Georgia’s opening drive touchdown in the November 11 game. After that, the Bulldogs took a page from the Tigers book and scored 28 unanswered points.

“We really came in with a different game plan, different mindset,” Bulldog wide receiver Mecole Hardman said. “We just wanted it more than we did last time.”

The school often referred to as “running back university” balanced its attack offensively in the rematch. The Bulldogs’ rush attack put up 238 yards with running backs D’Andre Swift (7 attempts, 88 yards) and Nick Chubb (13-77) leading the charge. Chubb’s 77 yards make him the SEC’s No. 2 career rusher. Through the air, quarterback Jake Fromm helped keep the Tigers on their toes with 183 yards.

“We knew they would make plays, and they did that on the first drive,” Smith said. “But we just had to keep our composure and keep fighting back and keep chopping.”

Smith recorded 13 total tackles in the win, including 10 solo tackles, one sack and two tackles for a loss.

Georgia’s win doesn’t come without setbacks as it prepares for whoever it will face next in the postseason.

Senior running back Sony Michel is out indefinitely with an undefined knee injury. Before leaving the game, Michel earned 45 yards rushing and 38 yards receiving. Other key seniors dealing with injuries include defensive back Malkom Parrish and fullback Christian Payne.

Georgia will have a little over four weeks to prepare if selected to play in the College Football Playoff. The final four will be announced on December 3, also referred to as “Selection Sunday”.

“We’ve got to get healthy and find out who it is,” Smart said. “Regardless, I’ve been through this before. They’re all good teams. There’s a reason we’re there.”

Feminism In The Community: The Women & Girls In Georgia Conference 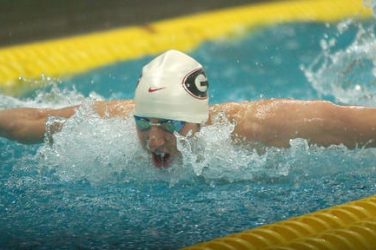 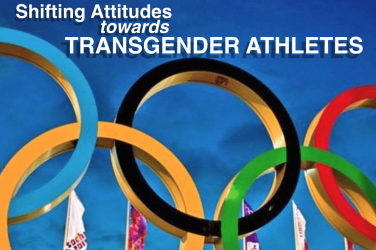 Transgender athletes should be able to compete at the Olympic Games and other international events ...