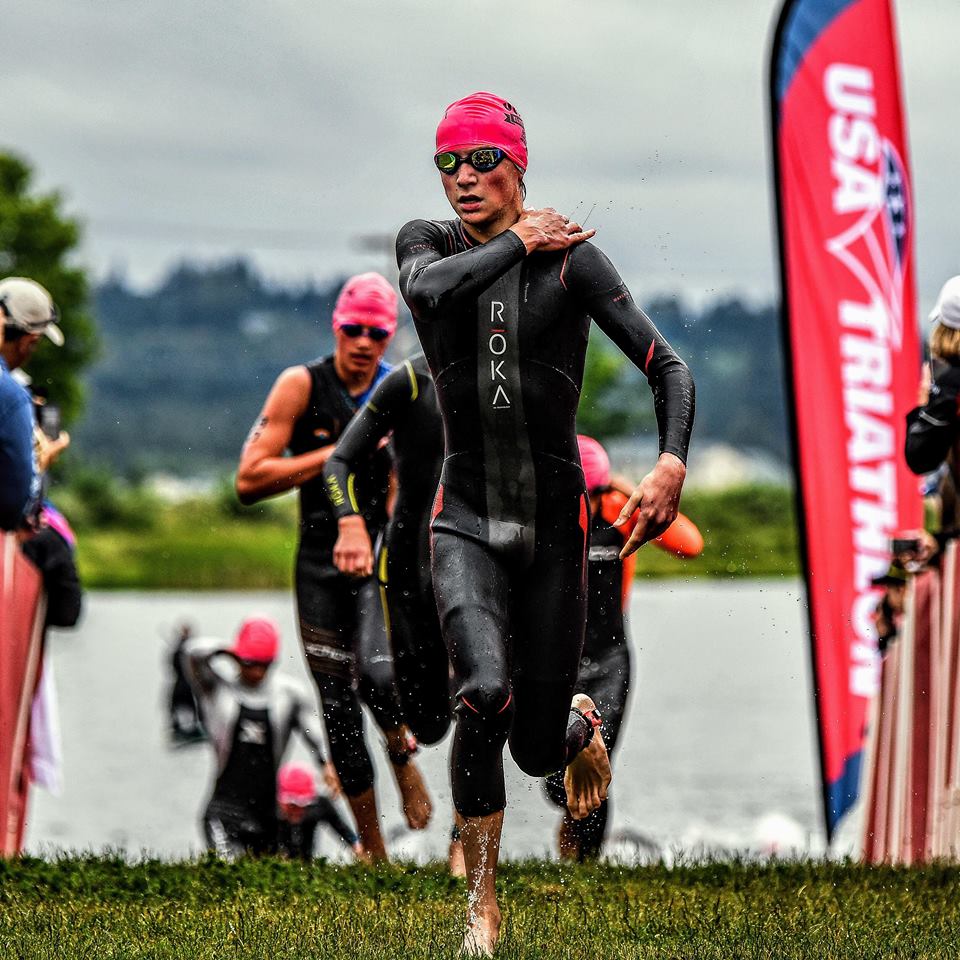 Aidan Landrum didn’t have much experience running in the snow.

He’s run, biked and swam plenty of miles. But living just outside of Athens, Georgia, snow isn’t something he experiences often.

So when he got the chance to run at the United States Olympic Training Center in Colorado Springs this November, getting to run through the snowy mountains of Colorado at a higher altitude was a highlight.

“That was a crazy experience,” Landrum said. “It was a lot different than here cause of the altitude…Even just easy runs, it was harder to breathe.”

Landrum was one of 20 young triathletes selected to visit the Olympic Training Center for a weekend and learn from coaches and triathletes.

“We had tons of hours of classroom, where different people from in the sport, like Olympians and coaches of really good athletes, would just talk to us about insight in the sport that nobody else would know, or just little tips that they’ve learned throughout their careers,” Landrum said.

Landrum was one of five athletes from his Atlanta-based team, Multisport Explosion, selected to attend.

While he has lots of experience in triathlons, Landrum is just now getting involved in high school cross country and swimming, as well, opening the door for even more opportunities in the future.

Landrum has been involved in triathlons since he did his first one at age six. After trying other sports, including baseball, soccer and basketball, he became invested in triathlons a few years later, at age eight. Shortly afterward, his mother, Kim Landrum, started a team in the Athens area that he competed for until he joined a select team representing the southeast region. After that team was discontinued, Landrum moved on to Multisport Explosion, where he trains now under head coach and owner Lisa Marshall.

Competing at Multisport Explosion isn’t easy for Landrum. It requires a long commute from Athens to Atlanta for workouts with his teammates at least once a week during triathlon season.

But there aren’t many other options for Landrum, since no triathlon teams are based in the Athens area.

Landrum has also made an effort to help other triathletes learn from his experiences through his own podcast, the U23 Podcast. On the podcast, he interviews young triathletes and gives advice about how to move up in the sport. He’s also worked to brand himself and his podcast through his personal triathlon Instagram account, @littletriathlete, and his Twitter account, @U23Podcast.

Meanwhile, when triathlon season ended in August, Landrum added another sport to his plate, competing for the North Oconee High School cross country team for the first time. As a freshman this season, he qualified for and scored at state while North Oconee finished fourth overall.

Now that cross country season is over, Landrum has transitioned to competing for North Oconee’s swim team.

While his busy schedule may seem like a lot for a high school freshman to handle, Landrum has balanced everything effectively.

“It’s just sacrificing other things, like being able to play tons of video games,” Landrum said. “I’ve always been big on sleep, and I’ve always gotten, even now, I get like nine hours of sleep, when most kids my age are getting a lot less than that.”

Landrum’s discipline is evident upon meeting him, and it shows a level of maturity that is rare in athletes his age.

“He’s got goals, and he knows that a big part of that is things that he can control,” Marshall said. “He’s in charge of what he eats, he’s in charge of how much sleep he gets, and budgeting his time in between school and workouts.”

After getting off to a fast start, Landrum struggled midway through the cross country season as he handled the transition into a more running-heavy training plan.

“It’s really easy to overdo it, and I think Aidan probably recognizes, to some degree, that probably happened this year, and his body rebelled there a little bit,” head cross country coach Ralph Moore said.

But it was his perseverance and cooperation amid those challenges that stood out to assistant cross country coach Rachel DeLoache. DeLoache said she believes Landrum has the potential to be a state champion by his senior year.

“It kind of comes easy for a coach when you have an athlete like Aidan,” DeLoache said. “He’s going to do what you tell him to do, but he’s also going to go above and beyond that, and actually get the appropriate rest, and focus on his running and schoolwork above his social life. That’s one of the things the coaches can’t control; it has to come from within. “

Landrum has the potential to succeed in both cross country and triathlons going forward. However, unlike cross country, the options to compete in triathlons at the college level are limited.

Triathlon is in the developing stages of becoming an NCAA sport, but it won’t be available for men by the time Landrum finishes high school. College-aged triathletes often choose to either compete for the club triathlon team at their college, or compete in one of the three disciplines at the varsity level and pick triathlon back up after school, Marshall said.

But Landrum isn’t focused on making any long-term goals yet, choosing to focus on the short-term instead. This spring, he’ll move up to the junior triathlon division for ages 16-19, which will present a new challenge. But if his discipline and commitment to the sport are any indication, he should be able to handle the transition just fine and maintain his potential for future triathlon success.

“It’s not easy to balance with school, like I don’t have as much time to do other things, but when I’m training, it’s fun,” Landrum said. “It’s just good time management for what actually matters, more than things you won’t remember in the future.”

Janey Murray is a 2019 graduate of the Grady College of Journalism and Mass Communication.