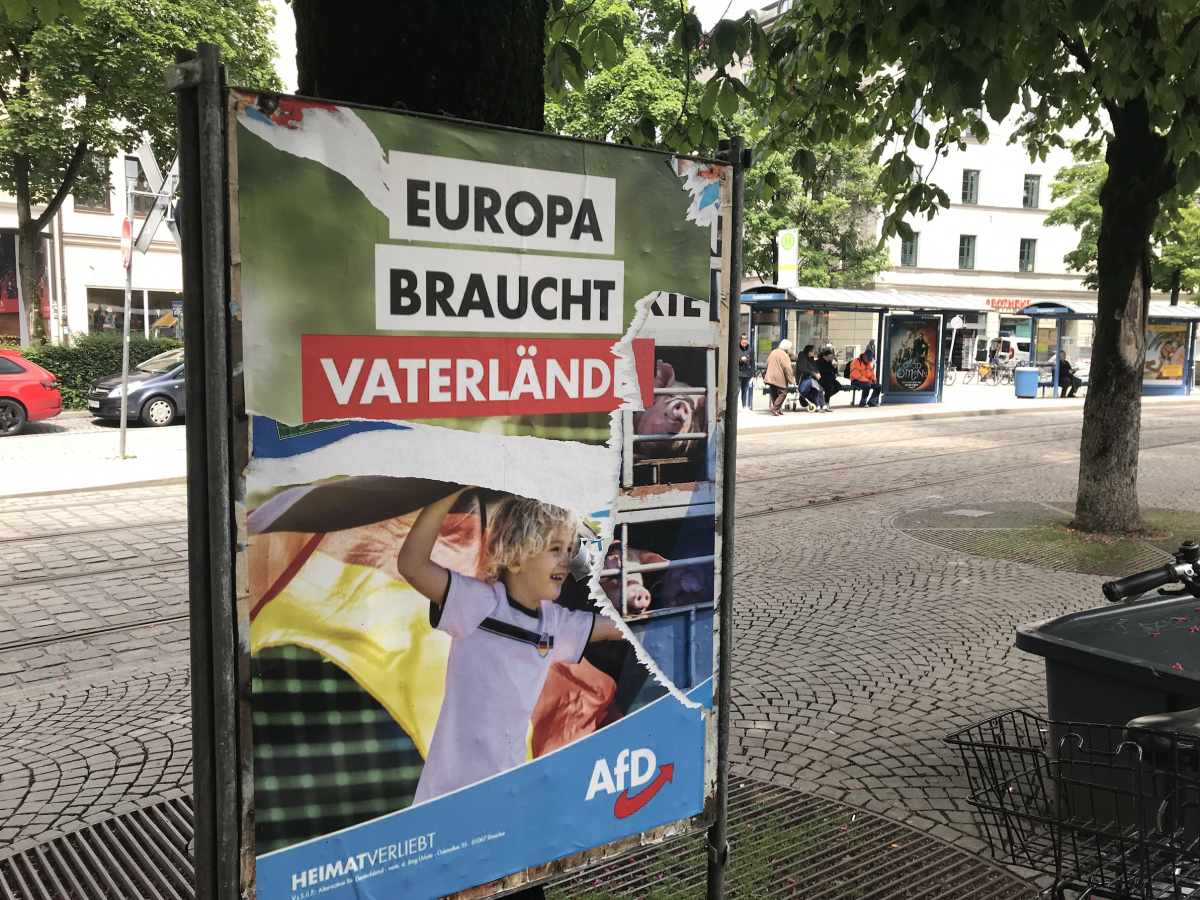 German researchers are intrigued by a new phenomenon: the majority of all political discussion on social media is coming from a party with only slightly more than 10% control of the Bundestag, the national German parliament.

The Alternative für Deutschland (AfD) party has rapidly developed a massive social media presence. Established in 2013, their narrative focuses on immigration and German nationalism and has managed to capture the attention of people all over the world.

A 2017 study by Oxford University found that online traffic about the AfD accounted for disproportionate Twitter activity given its current share of voter support. Researchers at the Technical University of Munich found that the number of tweets about AfD was greater than the tweets mentioning all of the other parties combined during the 2017 German elections.

Since the AfD’s sudden rise on social media, researchers set out to analyze how such a small party became such an internet sensation.

Why It’s Newsworthy: People are more reliant on social media for news and information than in years’ past. As political discussion shifts more online, it’s important to know the ways that politicians and political parties use these platforms to bypass traditional media and gain support.

Technical University of Munich research associate Orestis Papakyriakopoulos, an expert on the AfD’s social media strategy, said in our telephone interview that the AfD is gaining popularity due to its appeal as an alternative to traditional government.

Because it was an anti-system party, it didn’t have the potential to be presented from the mainstream media,” Papakyriakopoulos said. “The people chose to find an alternative, and they found this alternative through social media.”

A 2015 study by three researchers from various German universities states that the AfD’s public communications and campaigns “claim its demand for truth and include a grassroots appeal.” These characteristics mark the core of the populist narrative that has proven successful in nearby countries, such as Austria’s Freedom Party.

Focusing on topics such as immigration and German identity, Papakyriakopoulos says the AfD relies on attracting voters who feel unrepresented in the traditional political sphere. “They externalize more anger because they feel anger… they feel isolated from the system.”

Talk of the Town

Papakyriakopoulos also mentioned that his research found the news media’s discussion of the party and its candidates served as a sort of priming effect. “The more the media talks about the AfD, the higher the AfD gets in the polls,” said Papakyriakopoulos. “Even if you’re pro or against you will discuss it.” He added that its audience automatically multiplies due to peoples’ sheer fascination with the phenomenon.

This effect comes from more than mainstream media — people on social media see the AfD all over their sites. Munich college student, 20-year-old Valeria Mancone usually uses social media to follow friends and fashion bloggers, but says that she still sees political advertising for the AfD frequently.

“I get a lot of advertisements, especially with the European elections happening this last week,” Mancone said. “It’s a shame. I don’t support it.”

Similarly, Wales native and Munich resident David “Taff” Simon says he has never seen anything like what the AfD is doing on social media.

I see the posts everywhere,” Simon said. “It’s on the news, on the internet. They’re very clever in this way. If you have a post up on a tree it will get torn down, but on social media it’s out there forever.”

Social media stands out to politicians largely because of its ability to bypass traditional journalism. Orestis Papakyriakopoulos finds social media a unique tool for parties because, “they can get more direct feedback because everyone can write back to them. You don’t have a gatekeeper or a journalist between the politician and the people, and they can do it on the platform directly.”

When I spoke on the phone with Ingrid Brodnig, Austrian journalist and author of two books on digital topics in Europe, she mentioned that the majority of all internet users are on Facebook. This makes social media a great tool for parties like the AfD, it offers the opportunity to repetitively target large groups of people online, ensuring that the audience remembers the message.

“Every professional communication is built on repetition,” Brodnig said. She says that many social media supporters subscribe to the party’s social channels and have become very active on them, so “there’s a high chance that every time they open the app they will see a new message by the party.”

The 2017 study by Technical University of Munich researchers also addresses the potential usage of social bots by AfD to maximize its activity and influence the platform’s algorithms into showing falsified content such as fake news to more users.

Papakyriakopoulos, an associate of the research project, said an interesting find was that “the more conservative a party gets, the more bots retweet their content.” Although the research did not find whether social bots actually influence people, Papakyriakopoulos says the AfD’s approach is interesting to yet again spread its reach as far as possible.

The AfD isn’t doing all of this alone. Parties all around the world with similar goals support the AfD. According to Ingrid Brodnig, many of the AfD’s techniques come from other right-wing parties that have seen recent success.

“One thing that is well-documented is that the right is learning from each other all the time,” Brodnig said. “For example, Steve Bannon, who works with Trump, is actually in Europe all the time. And also, [Austria has] very extreme right-wing populists who are working together with AfD in Germany.”

Since Donald Trump and the Republican party’s success in the United States’ 2016 presidential election, the U.S. has become a sort of testing ground for Europe when it comes to social media and communication strategy, says Brodnig.

Germany’s Alternative für Deutschland is just getting its footing, having only emerged around six years ago. Even if it’s seen great success in maximizing its social media reach within the past few years, the media environment is constantly changing.

Part of what makes political parties like the AfD so successful online is their ability to build communities of their supporters.

Community is what makes social media so interesting, because you have users that are also messengers that are spreading your message to other people,” said Brodnig. “They are sharing and posting it themselves, so they might make new entries even though nobody asked them to do it, but you have the chance that over time your community also becomes your messenger.”

According to Brodnig, the European social media scene is beginning to shift towards more privatized discussions. Apps such as WhatsApp are now on the rise instead of large-scale platforms like Facebook or Instagram.

“This is complicated because you don’t always see what’s going on there,” Brodnig said. “It’s also a problem for journalists, but for parties you cannot see all of the debate and you cannot see how active your fans are. I don’t know how that will evolve but I think that is a challenge here.”

As social media continues to grow as a professional communications mechanism, it’s hard to tell which route the AfD will take or if their rapid success will be short-lived. For now, the Alternative für Deutschland is the party to watch.

Jessica Martin is a junior majoring in public relations in the Grady College of Journalism and Mass Communication at the University of Georgia.

Munich Is More than Just Beers And Brats 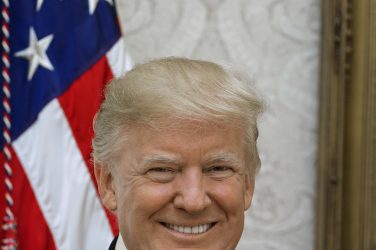 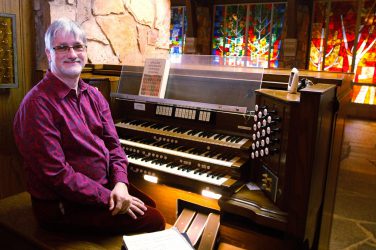 A Place to Worship

Randall Smith, organist for 28 years, comes to Harris County to get away from ... 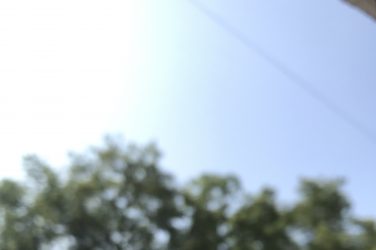 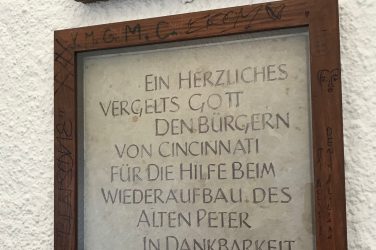 After the Second World War, the Church of St. Peter in the city center ...