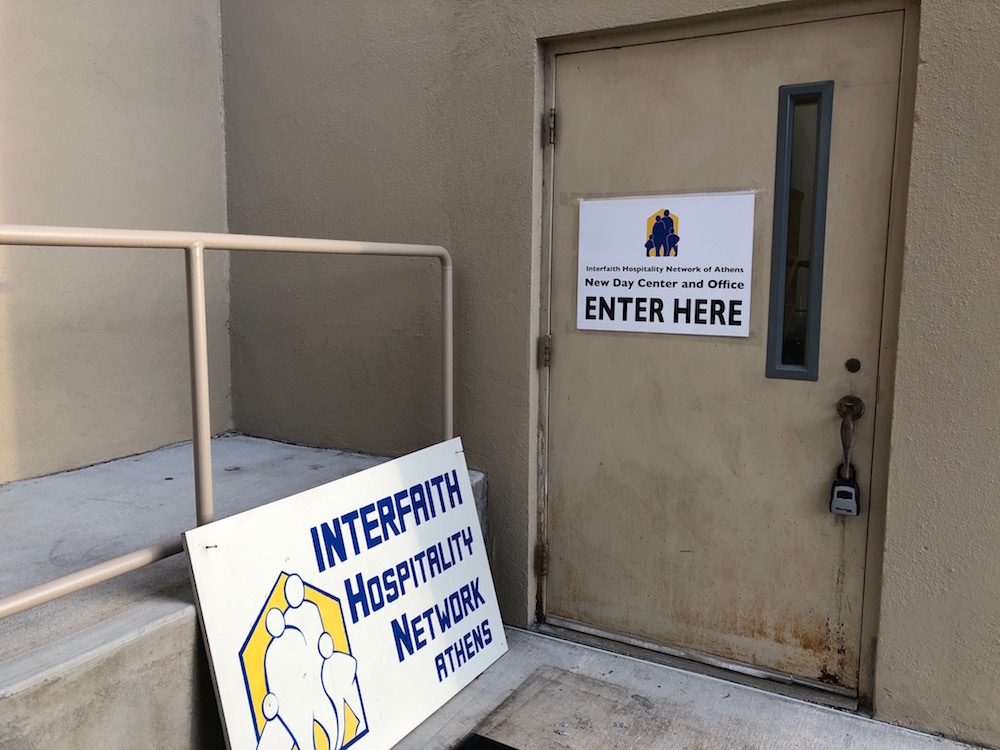 Comprised of 42 area congregations representing a wide variety of faith backgrounds, the Interfaith Hospitality Network of Athens (IHN) unites the city’s religious under one common goal—housing families in crisis.

Pulling together anywhere from 1,000 to 1,200 volunteers yearly, the organization specifically works with families, with children, that are in a homeless situation—a demographic that is on the rise in Athens-Clarke County.  Davin Welter, executive director of IHN, spoke not only on the organization’s model, but also the successes and weaknesses he’s noticed since joining the team three years ago.

Why It’s Newsworthy: The Interfaith Hospitality Network of Athens is applying a nationally-used model in combatting local homelessness. While it is fairly low-budget and prides itself on being inclusive, the organization still sees room for improvement.

What is the status of homelessness in families in Athens, from what you’ve observed working with IHN?

I think we’re seeing an increase, especially in the number of children that are homeless in Athens… When I first started in [2015], the Clarke County School District had around 600 kids that they had identified as homeless out of about 13,000 students within the public school system. Then in [2016] that number jumped to right at 700…Then in 2017, and that’s the 2017-2018 school year, that number was at 830. So we’re seeing a pretty dramatic increase in the number of students that are identified as homeless in Clarke County.

The other thing I would say too is that you would think that with unemployment being low and the economy doing pretty well, that that would have an impact on homelessness. It does, but it has the opposite impact than what you might think. The majority of our families are now coming to us with employment. In the past they’ve come to us unemployed and that’s been their barrier and sort of the first thing we work on, getting employment… but what we’re seeing now is that the majority of the families coming to us now are employed, but they’re employed at the minimum wage and they then cannot afford housing on that salary.

What does IHN do to combat this issue specifically?

The first thing that we do is we are working specifically with families and providing emergency shelter for them. We don’t define families, so however a family defines family is how we define family. That could be a grandmother and a child, it could be two moms and a child, it could be a married couple, so however family is defined. Our only requirement is that you do have a child that is 18 or younger, because we want to primarily serve children and serve families.

We have roll away beds that go from congregation to congregation, and then volunteers come in and are with our families whenever they are at the congregation, which is primarily after five o clock. Then they spend the night there and they leave before eight. Then we have the day center so that if our families are not working or if they are working part time or are working shift work, they can come here to the day center during the day, which is not true of a lot of shelters. A lot of times folks have to leave at the beginning of the day and they have to figure out where they’re going but we try to care for our families 24 hours of the day.

What are the strengths of IHN’s model?

Our model is based so that we’re able to provide shelter for very low cost. Our organization is about a $200,000 organization, that’s what our budget is, and when you look at homeless facilities, that’s going to be on the low end. But it’s because we don’t have a shelter, and we don’t have a physical building space. We do rent space form First Baptist, but that’s minimal. And then we’ve got volunteers who are with our families at all times, so we don’t have to pay for shelter workers, so to speak. And then from a food standpoint, our congregations provide all meals for our families so we don’t have a food cost as well. So we’re able to run pretty lean because of the volunteer and in kind support that we receive.

Also, our budget is pretty diverse, which is nice. From a nonprofit standpoint, you don’t want your budget to come off from one source. You can pretty much divide our budget into fours and we get about a fourth of our budget from our congregations. There are some congregations that don’t provide volunteers, but they do provide a check and that is very welcome and very necessary. Another fourth, 25 percent, is coming from individuals–primarily our volunteers–is where that’s coming from. So they see the work that we do and support that. Another fourth comes from our fundraising events…And then the last piece is grant money. We receive funding from private grantmakers, so we do not receive any public funding that’s in our budget. That gives us a little bit more flexibility.

What are the limitations of IHN’s model?

I have to admit that it’s not all roses. While we will move our families into permanent housing, a lot of them are still in very unstable situations. That’s one of the things that we’re trying to move toward working on. We have what we call our extended network, so when a family moves into permanent housing, we then give them the option to join our extended network and we just touch base with them on a three/six/nine/twelve-month basis and say “How are you doing? What are the challenges you are facing? Is there anything that we can do to help?” We’d really like to expand that program to see if there are opportunities for us to provide education…We work with The Ark here in town, and we’re also looking at doing some more financial education as well, so that’s something that we’d like to expand with our extended network. Once our families are out of crisis but still unstable, really help them them become more stable and build a foundation so that they’ll never experience homelessness again.

Has this model succeeded elsewhere?

Emma Korstanje is a senior majoring in journalism in the Grady College of Journalism and Mass Communication.

Playing Both Ways: The Increased Risk of Injury for High School Football Players

Madisyn Willis had only just started her new job with the Atlanta Music Project, ...

One local grocery store is feeling a little bit lucky. It’s the Kroger off ...

Here at Grady Newsource, it is the LAST class for the Monday/Wednesday news-team. We ...