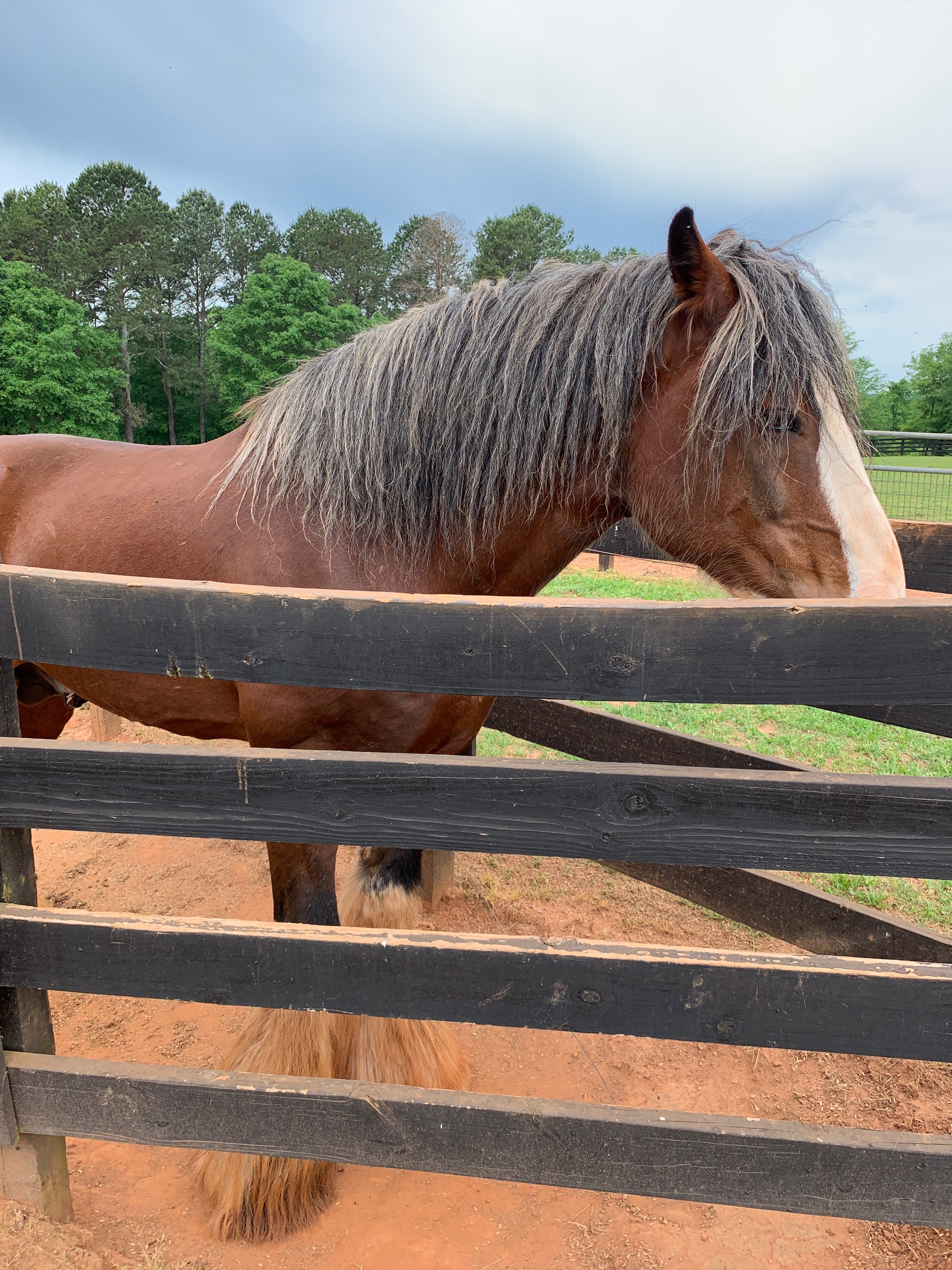 The sound of crunching gravel under the car’s tires interrupts the quiet. The 18-hand high gentle giants lightly munching on grass in the paddocks don’t seem to even notice. Patches of Georgia’s notorious red clay peek through parts of the paddocks. As the windows roll down, the smell of cut grass and baled hay spills into the car. A beautiful white wooden house with columns and black shutters comes into sight, but no barn.

As the driveway winds down towards the main building, the paddocks seem endless. There is no sign of a neighbor or the property lines’ end, which makes sense as the farm is on 182 acres. Once the car is in park, a small tan ball of fluff charges over. He isn’t barking, but is running full speed ahead. Once he gets to the car, his tail wags furiously as he stands on his back legs watching with wide hopeful eyes. He cocks his head to the side, which reveals a name-tag that reads Baxter. After receiving some scratches and belly rubs, he trots next to my side and into the main building.

A young woman with dark chestnut brown hair, Madison Fellows, walks down from the paddocks with a warm smile and wave. Fellows, is a December graduate from the University of Georgia with an animal science degree who will attend vet school at UGA in the fall. While, Paige Vaden, another employee at Classic City Clydesdale walks over with a smile officially introducing Baxter and me.

The two girls set me up at the desk while they finish attending to the horses. In the background sounds of soft gnawing on hay echo up to the high ceilings.  As they walk past the horses’ stalls, they’re greeted with soft whinnies and knickers. The horses are probably hoping that they will receive some more grain or hay. At 10:30 in the morning it is 65 degrees in Watkinsville, which down in the South is still sweater weather. However, both girls are grabbing plugs and extension cords to plug in the stall fans.

Why It’s Newsworthy: Globally there are fewer than 5,000 Clydesdales left, and the breed status is threatened, according to the Livestock Conservancy.

“Clydesdale are a bit more fragile than your typical quarter horses or thoroughbred, we are very hands on when they are born for this reason,” said Fellows. 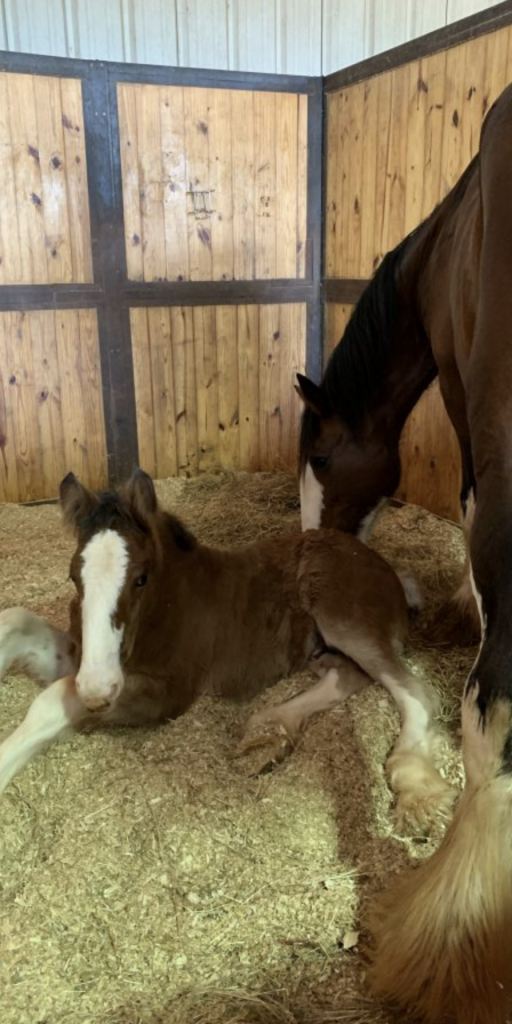 Fellows walks out to the paddock to retrieve Ray Charles and Maverick’s Rena. Ray Charles is a little over a month old. He is bred from Colossal Latch and Maverick’s Rena. Fellows only latches a halter onto the mom and opens the gate. No one leads Ray Charles but he immediately follows close behind his mom. His short walking gait forces him to take a couple of trot steps, walk steps, and then back to trot in order to keep up with his mom. This continues the entire way back into their giant stall. 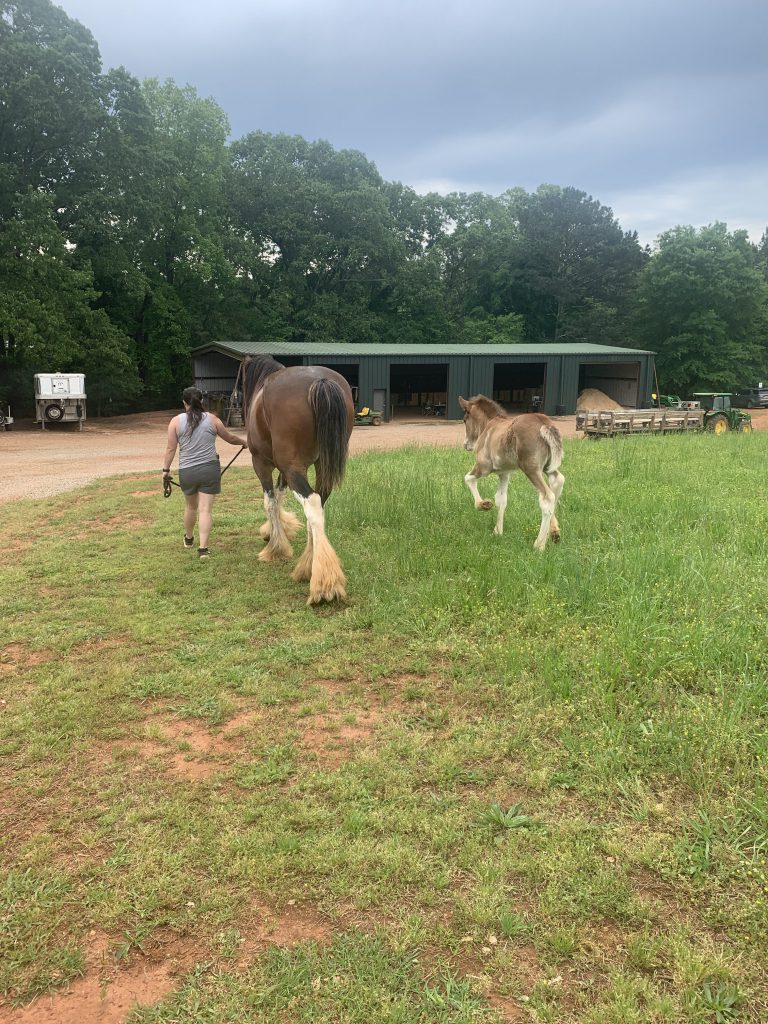 Since Clydesdales are a draft breed, they are much larger than thoroughbred or quarter horses and the size of their stalls reflect that. A comfortable thoroughbred stall is 12 x 12, but the stalls here are more than double that. After walking to the other six stalls to check on the other horses, Fellows heads back into a stall to double check on the brand new baby born yesterday. His birth was a surprise since he arrived three weeks early, which made it an extra long day at the farm.

“I am here eight hours a day usually give or take. You can’t always predict how long you are going to be here like yesterday with Ophelia having her baby. We weren’t expecting that so we were all here a little longer,” fellows said. 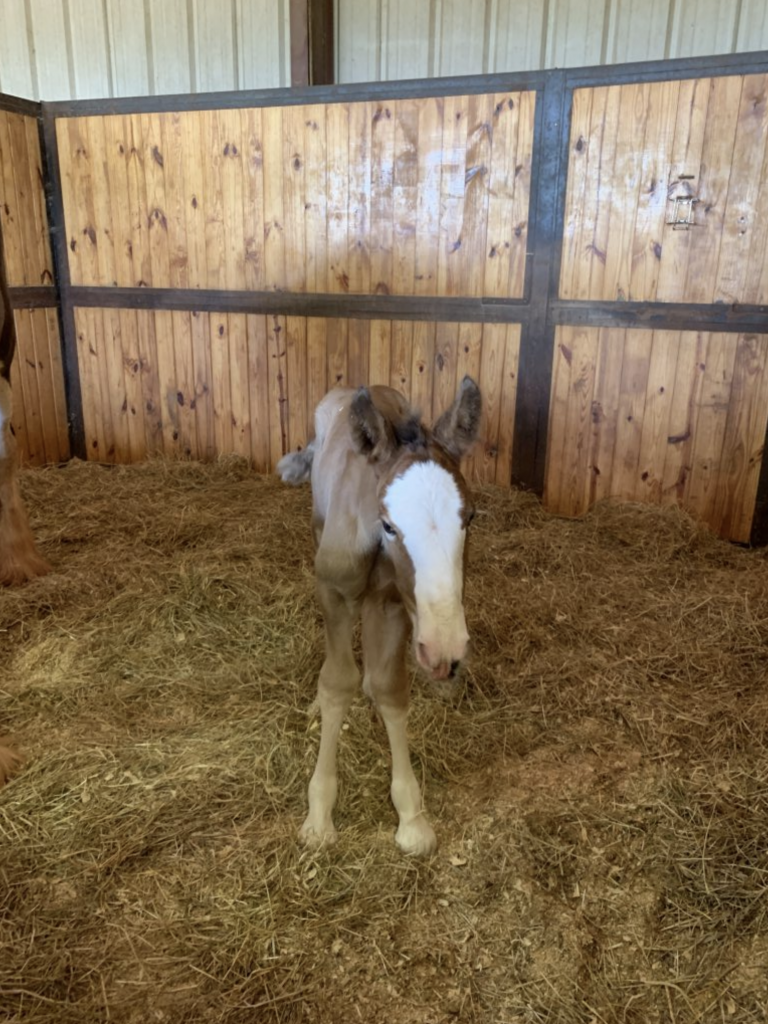 The long days don’t seem to bother Fellows though. Enthusiastically she jumps onto the John Deere Gator and drives around the farm pointing and naming all of the horses on the farm. After rattling off several names, Fellows adds that most of the horses are named after rock stars and celebrities, which was sparked by an encounter at a competition. “At one of the shows, someone joked with Shannon (owner) about how she treats her horses like rockstars,” said Fellows. Now at the farm there is Kesha, Ray Charles, Slash, Reese Witherspoon, and many more.

As Fellows drives away from the main building and up the hill there are a variety of sounds from moo-ing, baa-ing and neighing. Soon the petting zoo comes into sight, which is the first stop on the tour.  It is filled with all kinds of lovable small animals. At the gate there is a miniature gray cow. Fellows calls out and pets several of her favorites including a miniature cow Danny, and Lucille and Esther. 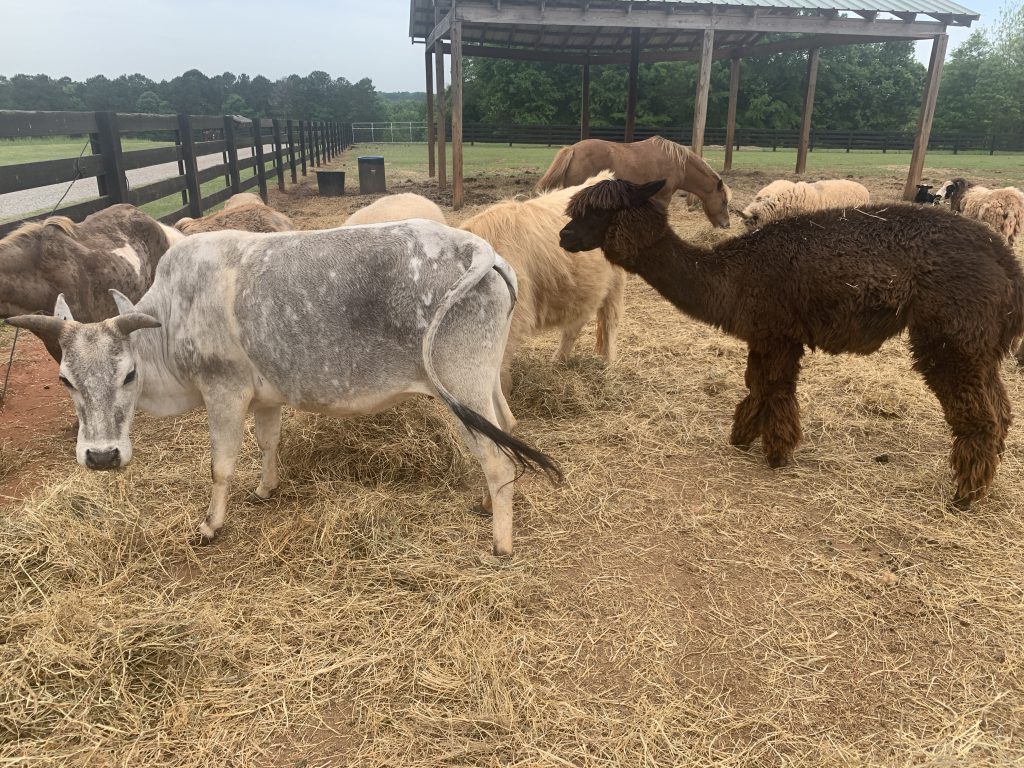 After petting several of the animals we continue around the farm to see some of the other Clydesdales including the “picture pony” Captain. “Whenever we have kids that want to come out and ride we always put them on Captain. He’s perfect,” said Fellows. 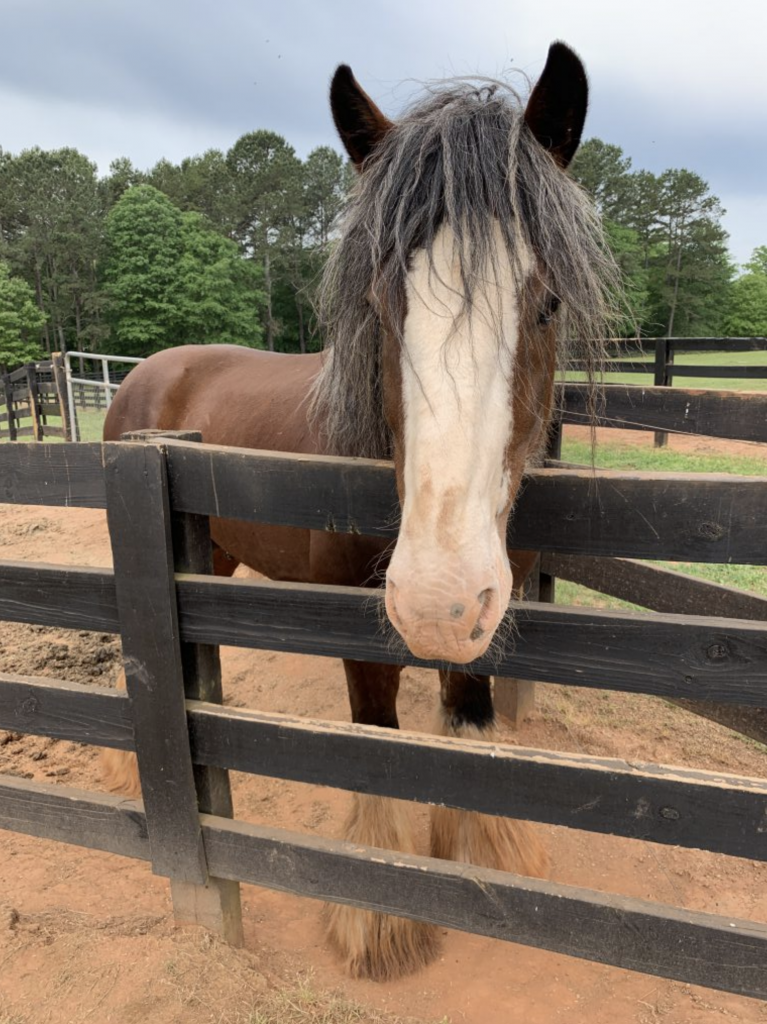 Mark and Shannon Martin opened Classic City Clydesdale, a breeding, show, and and work farm. The main goal of the farm was to breed top quality Clydesdales. However, all the Clydesdales are family and treated as such. Shannon Martin won’t sell any of her Clydesdales until they are at least one year old. There is a huge emphasis on placement and home. The farm used to be more involved with shows and was the 2015 runner up in the national mare hitching. However, an accident caused the farm to change their attention.

At around 2:00 in the morning on February 15 2016, the Martin family was awoken in their home by a booming sound. A lightning strike seemed to hit an electrical line by the main barn and within minutes the Martins could see that their beautiful 14 stall barn was on fire. The youngest son, Macon Martin, rushed out the house and to the barn. Macon and his brother broken down the barn door and let the horses loose out the farm. Due to their heroic action all of the horses were saved. A couple of sheep and a dog unfortunately did not make it past the fire.

All of the farms equipment and grooming supplies were lost in the barn fire. There were no brushes, combs, hoof picks, or draft halters left.

Vaden noted that some of the horses are still trained to hitch, but the farm is sticking to mostly breeding. A lot of the equipment was destroyed in fire, but there is still a hitch stored in the main building with the stalls. The farm’s shift in attention towards focusing on breeding has also allowed for more tours. There are farm tours and trail rides at the farm. The farm tours are offered Monday, Wednesday and Friday. While the riding tours are typically by appointment. This shift can also teach people the value of Clydesdales, according to Fellows. Typically people see Clydesdales as hitch horses or the big horses from the Budweiser commercials but they are also great trail horses.

The beautiful 14-stall barn that once stood on top of a hill on the property is no longer there. The barn shifted focus from showing to breeding and that has helped in the process to rebuild the farm and teach the community more about these majestical creatures. All of the foals seem to bring life and happiness to the farm.

Cat Sullivan is a fourth-year student studying journalism and international affairs at the University of Georgia. 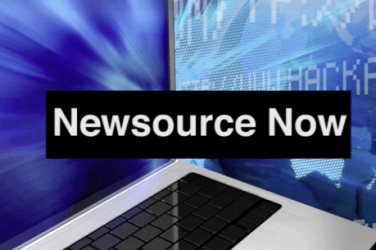 Our team has been all around Northeast Georgia uncovering todays top stories. Check out Newsource ... 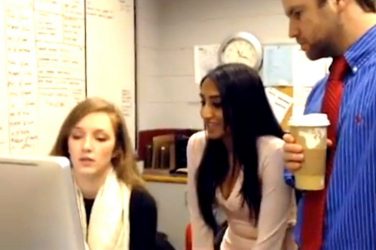 One of the toughest jobs the producer has is finding out what our lead ... 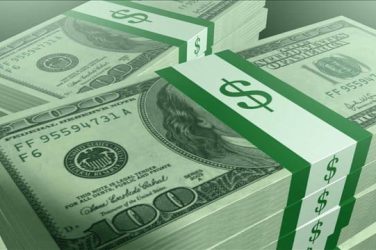