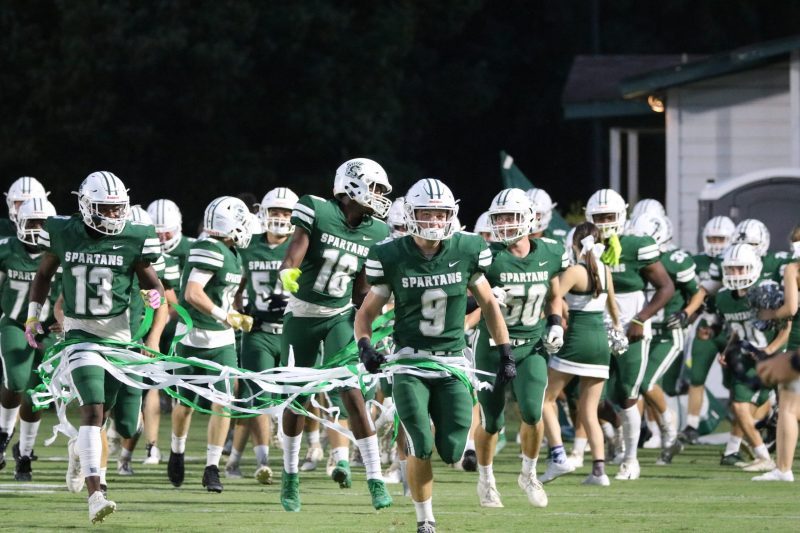 States are voting to allow college athletes to make money from sports, but Athens Academy Athletic Director Kevin Petroski is not having it.

They should be [amateurs], and they are. Quite honestly, I am completely and totally against the payment of college athletes,” Petroski said. “I think it would taint college athletics tremendously.”

Petroski is not alone in his beliefs, siding with the NCAA and former athletes such as Tim Tebow, who believes this bill will damage the spirit of amateur athletics beyond repair. The passage of SB 206, also known as the California Fair Pay to Play Act, has already had serious national implications.

The purpose of SB 206 is to allow college athletes to profit off of their name, image, and likeness rights. This would allow athletes to market themselves to sponsors, license their rights to video game producers, and sell autographs.

Under mounting pressure, the NCAA’s Board of Governors voted on Oct. 29 to allow college athletes to profit off of their name, image, and likeness rights beginning in 2021 “in a manner consistent with the collegiate model.”

In addition, a bill was recently proposed in the Georgia state legislature modeled after the California law. State Rep. Billy Mitchell, who sponsored the bill, said that part of the reasoning is that Georgia colleges would be at a recruiting disadvantage against states with this type of legislation. In the modern environment of hyper-competitive football recruiting, there is no better example of a battleground for the future of amateur sports than local football powerhouse Athens Academy.

The academy has been a consistent producer of Division I athletes, especially through the school’s successful football program. The Spartans could see schools from states that enact legislation similar to SB 206 advertising the ability for players to market themselves during the recruiting process.

While Athens Academy football head coach Josh Alexander is wary of the potential ramifications of SB 206 in both recruiting and at the collegiate level, he does sympathize with an athlete’s desire to possess control over the use of their name and likeness.

California Gov. Gavin Newsom’s said he wanted to force the NCAA to reconsider its stance on the issue. Several other states have proposed similar legislation and there is also a federal bill in Congress. The NCAA has been steadfast in its opposition to SB 206, decrying the law as “unconstitutional.” Yet for many, including Athens Academy inside linebacker and four-star recruit Len’Neth Whitehead, this represents the first national recognition of inequities in the NCAA.

“I feel that schools are gaining money, [and with] how much the players are bringing money in…it helps the whole economy but the players don’t really gain that much from it,” Whitehead said. “I can see an employee-to-school contract.”

Whitehead said that it would be difficult to enact such legislation and maintain the spirit of amateur sports. The California law itself does not change the status of athletes or directly compensate them, but rather allows them the opportunity to profit from their name, image, and likeness rights. However, some experts believe that this change does not go far enough.

The Future of Amateur Sports

“In my opinion, we should do away with this idea of amateurism, and we should treat these student-athletes as what they are: they are student employees,” said Thomas Baker, a professor of sports management at the University of Georgia with a specialty in sports law.

Baker also said that the NCAA is panicking during the current movement toward player compensation. In his opinion, if they don’t let go of the status quo quickly, they could face a difficult path forward.

“If the NCAA want to control the process and the narrative, they need to be proactive rather than reactive,” Baker said. “Right now, they’re fighting against this legislation, fear mongering in the media and in the courts … the noose is tightening around the NCAA’s neck on this particular issue, and if it doesn’t lead it will be led.”

Baker said that the NCAA’s expected legal challenge to this class of legislation falls under the Commerce Clause of the U.S. Constitution, which affords Congress the power to regulate interstate commerce. He went on to describe this challenge as a “Hail Mary pass” that has “very little legal merit.”

Universities have and will continue to use any advantage they can gain to recruit the top athletes, be it facilities, student life, or now, marketability potential. In addition, the passage of SB 206 may just be the beginning. Other states are presenting similar bills on a routine basis, while the Congressional bill has been gaining momentum and national attention.

Change is coming to the world of amateur sports, both from a national and local perspective. Athletes around Georgia and the country will make decisions that never presented to those who came before them. While power players will debate this issue in courtrooms and state legislatures, the boots on the ground at schools and in communities like Athens Academy will feel its effects.

Athens Academy's football team enters the field before their home game against Towns County on Sept. 27, 2019. (Photo/Jenny Richardson)
NEXT STORY 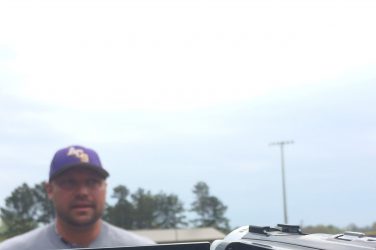 ATHENS, Ga.— The Cedar Shoals football team will take on Clarke Central in the ... 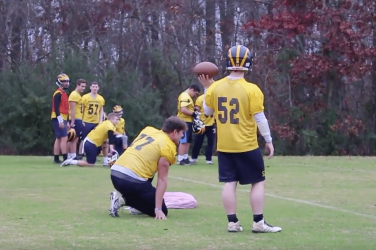