Tom Law has been the publisher of his local newspaper, the Toccoa Record, for over 20 years. He attributes one thing with enabling his career in community journalism: the acquisition of his paper by a large publishing company, Community Newspapers, Inc.

In just one decade, from 2008 to 2018, advertising revenue for print news organizations fell more than 60%, according to Pew Research Center. This near-universal decline in ad sales has presented a threat to the survival of many local publications. Some look to solve the problem through the consolidation of ownership of local news organizations.

However, industry experts argue that the consolidation of newspapers, especially in rural America, directly degrades government accountability and representative leadership.

A 2020 report published by the University of North Carolina’s Hussman School of Journalism and Mass Communications revealed that acquisitions have put control over a huge portion of the country’s local news outlets in the hands of large, non-local corporations.

Acquisitions are a factor in the shrinking number of local newspapers. Since 2004, a quarter of America’s local newspapers have either closed or merged with another, larger company.

The Federal Communications Commission explains in a 2011 report that shrinkage of the local news market is an impediment to public accountability.

Ownership consolidation and general industry-wide struggles with financial solubility are “likely to lead to more government waste, more local corruption, worse schools, a less-informed electorate, and other serious problems in communities,” claimed the FCC. The agency stated that local papers are the most potent accountability measure for their community leaders.

CNI acquired the Toccoa Record in 1995, and it owns 24 other publications throughout the Southeast. And three out of five of the counties surrounding Clarke County have local papers owned by a single business, Mainstreet News.

But, despite expert arguments that conglomeration directly harms community journalism, that sentiment is not shared by some important stakeholders: local journalists.

Law asserted that his career is fundamentally reliant on CNI’s ownership of his newspaper. Without the support the larger company offers, his day-to-day responsibilities would be unmanageable. He said, “The best thing that happened to me in my newspaper career was CNI buying the Toccoa Record.”

Zach Mitcham has been the editor at the Madison Journal Today, one of five total subsidiaries of Mainstreet News, for over 25 years. While running a subsidiary of another company rather than an independent publication is a unique experience, Mitcham cannot imagine life without Mainstreet News.

If I had to try to do the editorial content and keep this afloat as some sort of viable business, I couldn’t do that,” said Mitcham.

Law and Mitcham cite the support network provided by their respective owners as the main factor enabling them to adequately report on local news.

Mitcham and Law also said their employers handled some of the most challenging aspects of business operations, like insurance, standardized employee guidelines and legal support.

Mainstreet News and CNI each do what they can to ensure editorial independence for their subsidiaries and employees.

NeSmith insisted, “We do not edit our papers from out of town.”

We’re allowed to choose the stories that we want to do and we think need to be done. Our editorial stance is our own,” agreed Law.

“I feel like I have basically total freedom. I don’t recall any time where they’ve said, you have got to do this,” said Mitcham.

Mitcham believes one of the only downsides of being owned by Mainstreet News is that all of his eggs are in one metaphorical basket. If Mainstreet News were to go under, then he would be out of a job along with the journalists at the four other papers owned by the company.

NeSmith echoed the expert conclusions that rural paper closures and declining ad sales are an industry-wide issue, but he attributes these issues to a much wider trend in retail sales: online shopping.

He said Amazon’s rise has been a nail in the coffin for local retailers, which are traditionally the largest advertisers in local publications. “Small mom-and-pop businesses… are the lifeblood of a community newspaper,” NeSmith said.

Like the aforementioned UNC study and FCC report, NeSmith argued that communities rely on local newspapers for public accountability and that social media is not a sufficient means to that end.

“You’ve got a fox guarding the henhouse if you’ve got a local sheriff putting out what’s going on in the community on his Facebook page,” he said. “It’s the watchdog aspect of journalism that you’ve got to have in a community.”

Despite its potential effects on news availability, reporting diversity and editorial independence, ownership consolidation has proven to be the key to survival for newspapers like Law’s and Mitcham’s. The future of community journalism may lie in addressing shortcomings of outside ownership rather than attempting to slow down conglomeration on the whole.

Ian Allen, Cullen Davis, Seth Rainey and Dalia Perez are journalism students at the Grady College of Journalism and Mass Communication at the University of Georgia. 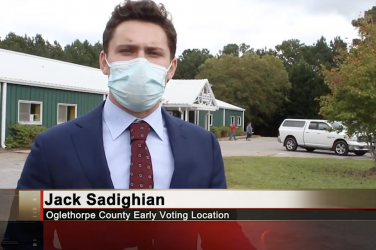 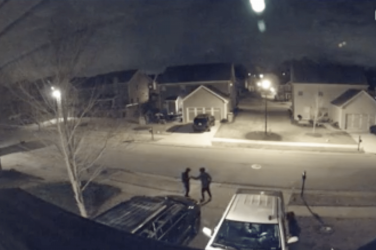 Rash of Car Break-Ins in Braselton

The Jackson County Sheriff’s Office released a surveillance video from the car entering that ...