It looks like the bridge on College Station Road isn’t the only one that needs a tune up. Throughout the United States there is a large infrastructure that drives growth and connects everyone together, whether it be roads, trains, planes, or even public transportation. These, along with other factors, is what the American Society of Civil Engineers (ASCE) use to judge the effectiveness of the United States’ ability to maintain and improve their internal structuring. The grading scale used by the ASCE in these reports are like those of a classroom, and it looks like Georgia may not keep all of its scholarships with the grades it received. Even though Georgia was above the United States average of a D+ by receiving a personal score of a C, one of its lowest scores, along with a D+ in Parks and Recreation and a D- in its Transit systems,was a C- in its roads.

The ASCE report also showed some other suprising statistics, like Georgia being ranked 49th in its spending per capita on public transit. There are also stats showing that there are almost nine hundred bridges deemed “structurally deficient,” and over eighteen hundred bridges that are called “functionally obsolete.” This adds up to one in every five bridges in Athens having some kind of structural issue. Dan Agramonte is the Treasurer of the ASCE’s Georgia branch, and when asked about the reports he said:

“The ASCE focuses on trends and [reports on] if the state is making improvements… If a bridge is marked obsolete [it] obviously is not making progress.”

Off of Dougherty Street in downtown Athens is the local Governmental Building, where the Planning Department deals with the sustainable improvements of the county. Jerry Oberholtzer is the Engineering Administrator at the department, and he told us that its much harder to get ahold of federal money, and that SPLOST is a key source of funds that go towards improving infrastructure. Luckily, Athens Clarke County only has two bridges that were deemed structurally deficient: one being on North Avenue going over the North Oconee River, and the other being the bridge on Sanford Drive that goes over the Tate Center parking lot.

For more information about the Georgia infrastructure report, click here:

Grady Newsource covers stories in Northeast Georgia. We will continue with updates throughout the ... 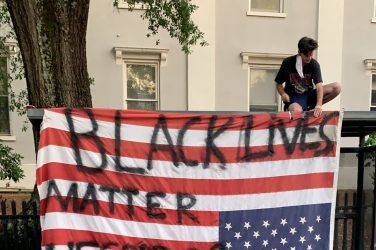 The death of an unarmed Black man in Georgia, and other deaths like his, ... 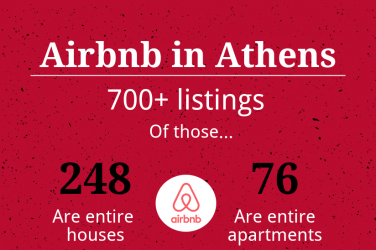 Athens Accommodation: How Airbnb Could Be Affecting the Classic City

To say that Uber and Lyft haven’t changed the face of transportation and catching ...