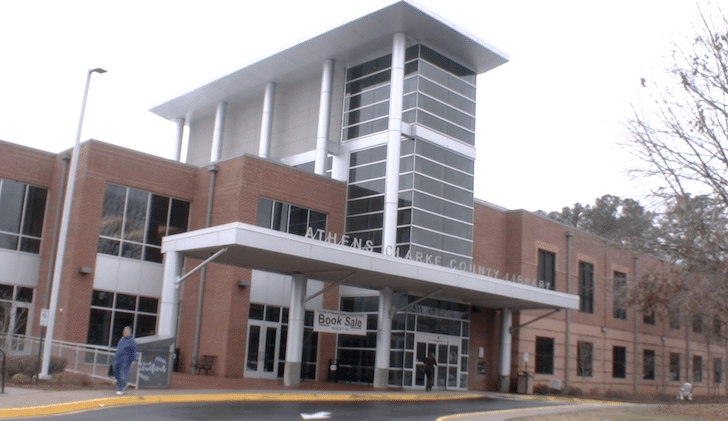 When you think of a library, books are usually the first thing that comes to mind, but what about after-school programs, tutoring or housing? With an initiative in Chicago to mix public libraries and public housing within the same building, public libraries have a much more integral role to play in communities than most would think.

In Athens, the Athens-Clarke County Library located on Baxter Street has a unique role to play for middle school and high school students. Located right next to Clarke Middle School, the library hosts anywhere from 30 to 60 middle and high school students on any given school afternoon, according to Rachel Griffin-Jackson, acting manager of the Teen Services program.

Why It’s Newsworthy: If properly supported, public libraries can be the heart of a community and provide an array of resources from books to educational programs for the community—all for free.

To entertain all these teens, the library staff, with the help of a AmeriCorps VISTA volunteer, provide a variety of programs designed for teens. Over the course of a month, the library has more than 20 different activities going on during various days of the week—like open chess on Monday, creative writing on Tuesday and a teen social justice club on Thursdays. All of the programs have snacks to entice the teens to participate as well.

The library has also adjusted and renovated to accommodate this flood of youths. Just beyond the circulation desk, the space is exclusively for teens. All adult computers have been moved upstairs, so now children, teens and adults all have an individual space in the library. Part of the renovation includes a phone charging station and craft tables with different craft materials stored beneath.

“I think the fact that we do have them close has not only created the demand that it takes to even need those programs to begin with,” Griffin-Jackson continues. “So it is like a symbiotic relationship. It makes our library stronger and the services and community that we can offer so much stronger because there are kids who need it.”

Although Griffin-Jackson said that as far as libraries go the ACC library “libraries well,” she agreed that having a public library within a housing unit would bring the community together. With the library being 0.8 miles away from Rocksprings neighborhood and next to Clarke Middle School, ACC is an accessible option for the community without being within the same building.

The library already provides programs for all ages—from toddlers to senior citizens. There’s a culinary program for English learners and more recently the library is beginning an initiative with the UGA School of Social Work to become a trauma-informed library. Griffin-Jackson said there will be a social worker available at various times throughout the day to assist the community with any needs they may have.

Absolutely, there’s so much potential in the scope of what the library already does and can provide that if we had a housing complex on top of us there’s no question that there would be a lot of opportunities to engage those folks,” said Griffin-Jackson.

Of the problems facing Teen Services, Griffin-Jackson said the biggest challenge is figuring out what the teens would enjoy and providing them with that—as well as young adults learning to use their inside voices.

The acting manager said she wishes the teens had their own room off to the side, so they could be as loud as they wanted without disturbing others in the library, but the library has already provided an open space for them. So it’s up to the teens to learn how loud is too loud in a library.

Tangible things the community can do for the program include donating old board games as well as snacks for the teens. Volunteers who want to help with tutoring and providing programs for the teens are also welcome.

Becca Beato is a senior majoring in journalism in the Grady College of Journalism and Mass Communication at the University of Georgia.

Heavy Congestion on Lumpkin and Baxter

http://youtu.be/53RY0l65w-s According to one local official, heavy congestion on Lumpkin and Baxter is a ...

The worldwide lockdowns occurring due to COVID-19 are creating unique and unprecedented challenges for ...

Athens, GA — Grady Newsource is LIVE with everything you need to know about ...