Share
Tweet
Share
Pin
3 Shares
Views: 2,054
'As Told To' Stories
Written for Prof. Lori Johnston’s Feature Writing course, these “as told to” stories were created by a person’s spoken remarks recorded and then edited for publication. Comments trimmed for length and clarity.
Why It’s Newsworthy: Doug Goodin, aka The Jumbotron Guy, hosts an online show where he interviews anyone from UGA students to small business owners in Louisiana. What people aren’t aware of, is the challenging nature behind hosting an online show.

Doug Goodin, aka The Jumbotron Guy, tells Chad Dyer about the sound issues and other nervous moments in making “Tea w/ Doug G.”

The entire thing is done virtually. This show rests on the ability of someone to have a good internet connection … a good camera, a good mic.

I can say, there’s maybe been like six or seven episodes where my guest has just like, cut out. Then we get the ‘Doug needs to stall’ for however long while I’m also texting with the person like trying to figure out what’s going on.

It’s not a true episode until something happens.

I interviewed a friend of mine, James Wilson. He has a clothing brand that he just launched. Within the first five minutes … he could not hear me. At all. We had to stop the show.

I had to get on the phone with him and see what was going on. We got it sorted out, we go it fixed. It happens, it’s a live show.

There was one guest (Blakelyn Larkin) who I had on. I was very nervous. I knew it was going to be the episode that was watched the most. She has a huge TikTok and social media following. She’s hard of hearing so I knew that I was going to have to sign and speak the entire time. I have to be in interviewer mode where we are talking. I also have to be in like interpreter mode where I’m not just signing gibberish, making a fool of myself.

Chad Dyer is a senior majoring in journalism in the Grady College of Journalism and Mass Communication at the University of Georgia. 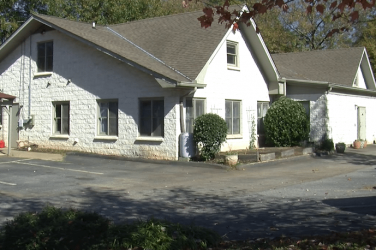 Harvest for the Homeless 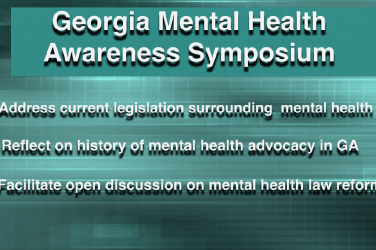 Mental illness can be seen as a taboo subject, but not today. There will ... 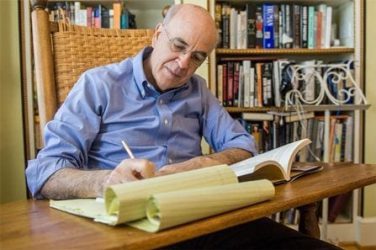 Athens for Everyone Endorses Barksdale