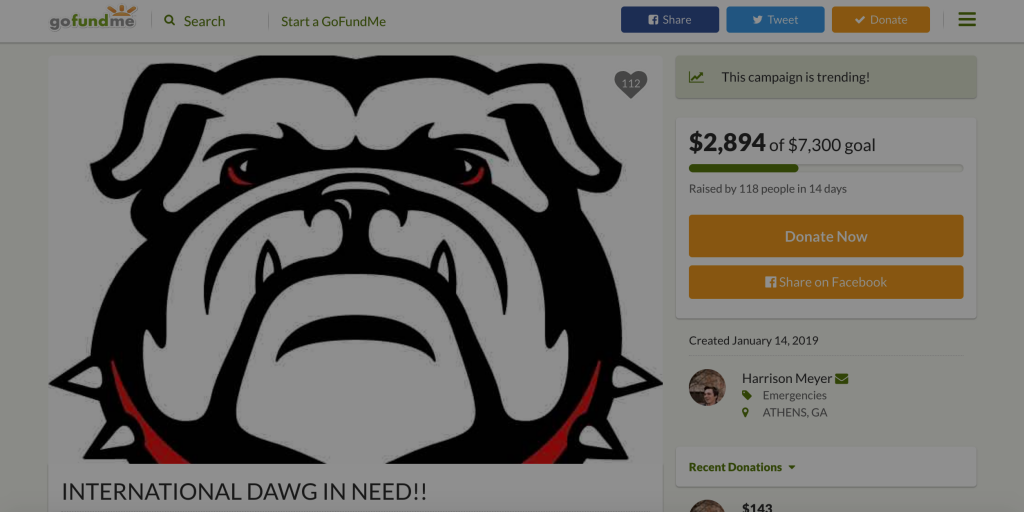 Suraj Upadhaya, PhD student in Warnell School of Forestry and Natural Resources, returned home to find that his apartment was robbed on Jan. 7, 2019. He said his door was locked, and there was no sign of forced entry into his South Milledge Avenue apartment.

Upadhaya’s Nepalese passport, $3,600 and some sentimental jewelry were stolen.

“They were so connected to me emotionally, and not only monetary value, it was emotion and love and affection from my mom and dad especially,” Upadhaya said.

Upadhaya, who is studying integrative conservation of nature and forestry, was planning on using that cash to bring his parents from Nepal to Athens for his graduation in May. His parents have never visited the United States, despite Upadhaya earning his master’s from the University of Kentucky in 2015. He said he wanted his parents to be in the audience to celebrate as he receives his tertiary degree.

Roundtrip flights from Nepal to Atlanta for graduation cost roughly $1,500 per person. That does not include all the other expenses of visiting Athens during one of the busiest weekends. During the week of May 10, hotels in Athens are about an average of $300 per night.

It will be a lifetime opportunity for them, it will be a great experience for them,” Upadhaya said.

Harrison Meyer, a student at the University of Georgia, heard about Upadhaya’s struggles and wanted to help.

“I’ve had times in my life where the financial crisis hit our family, and we saw just people provide and reach out where i didn’t see possible, so just a huge part of my story is just believing in people and provision,” Meyer said.

Meyer decided to create a GoFundMe page to help raise money for Upadhaya. Since Jan. 14, the page has garnered over $2,800 and has donations from more than 100 individuals.

Upadhaya has also received more than $5,000 from UGA’s Emergency Student Fund and his forestry department. He said appreciates all of this support.

Polar Vortex: What Is It And What Does It Mean?

ATHENS — The Athens-Clarke County Planning Department is working on the "backyard chicken" ordinance ...

As the holidays approach, shoppers may want to be cautious of selling and buying ...

Reporter Lana Harris will have the latest on the Athens-Clarke County boil water advisory. The ...