Mandisa Thomas was never made to go to church or believe in God. She learned about various gods through literature and history.

Daryl Bloodsaw grew up beneath the shadow of white supremacy in Monroe, Georgia, the site of the 1946 Georgia lynching of four black sharecroppers by an unmasked, white mob.

Thomas, founder and president of Black Nonbelievers, with 300 members in the Atlanta area and 5,000 Facebook subscribers nationwide, is an atheist and humanist activist based in Atlanta. Bloodsaw is the pastor of Ebenezer Baptist Church West in Athens, home to about 600 members, and a Ph.D. candidate in the religion department at the University of Georgia. They represent two opposite views of faith in the Black community.

Black Nonbelievers started in 2011 when Thomas saw the need for connection between Black atheists and agnostics in an overwhelmingly religious environment in Atlanta. For her, it was sometimes difficult to connect to the Black community because of the prevalent spirituality.

Thomas claims that Christianity has been a catalyst for white supremacy, which has fueled institutional oppression.

“There are still so many people who aren’t connecting those dots,” she said. “We see more Christians speaking out on white supremacy, but ultimately, Christianity is white supremacy.”

Historically, the church has been the apex of both condemning and perpetuating racism. Christianity in many cases was forced on enslaved people. The existence of traditionally Black churches is a result of segregated services. The largest Protestant denomination in the U.S., Southern Baptists, split during the Civil War over slavery. The Southern Baptist Convention has since issued an apology and denounced white supremacy.

Bloodsaw said that this unique brand of Christianity is defined by a sense of nationalism.

“What happened after the Civil War is that the South refused to acknowledge defeat,” he said. They believed it was only a matter of time until slavery was reinstated. Bloodsaw said “southern white Christianity” was shaped by this hurt.

In Thomas’ view, there hasn’t been enough criticism of the “God concept.”

“People are getting tired of hearing when someone dies at the hands of the police, ‘Oh, we need to pray on it,’” said Thomas. “Just sitting and praying on it has never worked.”

Mandisa Thomas, president of Black Nonbelievers, discusses a time when a mentor of hers discouraged her from talking about her nonbelief. (Photo/Mandisa Thomas)

It is possible to give the Christianity credit for white supremacy and the Civil Rights movement in the same breath. To Thomas, this is a hijacking of the progress of the Black community.

“They want to have their cake and eat it too,” she said.

But, to Bloodsaw, true Christianity pushes against white supremacy.

“Those who associate the church with the institution of white supremacy, are looking through a Eurocentric lens,” Bloodsaw said. “I can’t tell you I’m going to church every Sunday and praying and kneeling down to a white Jesus.”

Discussions of Race in Church Today

Since the murder of George Floyd in May 2020, the U.S. has erupted into racial justice protests and marches. Thomas said she’s seen more criticism of the church, and Bloodsaw commented that many white pastors made statements.

“I say they made statements, because you know, it’s only a statement,” Bloodsaw said, adding that a statement without action is meaningless.

Bloodsaw does not shy away from addressing issues of racial reconciliation from the pulpit. Over the course of the summer he addressed reparations, the deaths of Ahmaud Arbery, Breonna Taylor and George Floyd, and urged his congregants to vote their conscience.

Matthew Harrison, a clinical assistant professor in the department of psychology at UGA, observed the impact that these events had on both the white and Black church. He saw more interest in white people attending predominantly Black churches. On the other side, he saw white churches struggle with how open they would be to talking about race relations.

“As a person of Christ, have you always illustrated true love for all your brothers and sisters regardless of what race they are?” he said.

Bloodsaw sees the primary difference in responses to racial injustice today in the Black and white church as peacemaking versus peacekeeping.

Both Bloodsaw and Thomas have different ideas of the path forward. Thomas believes letting go of faith could be a source of liberation.

She believes the way forward for the church is “very, very difficult.” For her, ideally it would guide people to become more self-sufficient and community minded without requiring conformity.

“Do I think the church is ready to truly do that?” she asked. “No. But it’s possible.”

Bloodsaw affirms that the church has work to do, but his racial justice work is intricately connected to his faith.

“The church has to rediscover its revolutionary spirit,” he said.

Matthew Harrison, a clinical assistant professor of psychology at UGA discusses the segregation of Black and white churches. (Photo/UGA Department of Psychology)

Harrison, who self identifies as “spiritual,” sees God in how far the Black community has progressed.

“I look at how far we were able to come and I see that as an indicator of what God is capable of,” he said.

For Harrison, the answer is in recognizing that religion is up to the individual to some degree.

“Religion is truly rooted out of faith in what you choose to believe for yourself,” he said.

What’s good about religion, Harrison said, is that it’s up to interpretation.

Meg Hansen is a senior majoring in religion and journalism in the Grady College of Journalism and Mass Communication at the University of Georgia.

The Faces and Future of Community Gardening in Athens 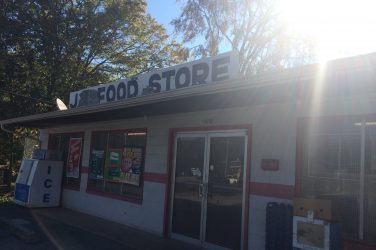 http://youtu.be/Vsx4XtMtMOw Athens, GA- Many older and smaller grocery stores are forced out of business, but ... 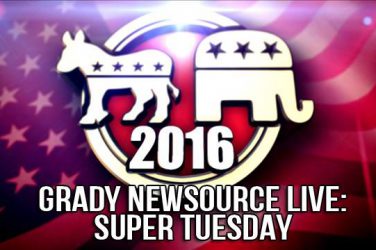 Super Tuesday: May the Vote Be Ever in your Favor 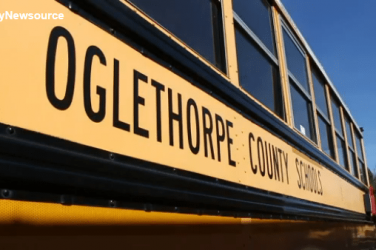