Herschel Walker. Rodrigo Blankenship. These names may ring a bell. On Oct. 15, there was an exhibit that took fans back more than 100 years in Georgia football history with memorabilia such as Walker’s 1982 helmet and Blankenship’s 2018 jersey and cleats.

In 2019, “goat” means the “greatest of all time,” but in 1892, it was the University of Georgia’s mascot. This same year was UGA’s first football season, featuring only two games, the first against Mercer University and the second against Auburn University. This game was the start of “The Deep South’s Oldest Rivalry” when Auburn defeated the UGA Goats.

UGA adopted the Bulldog as its mascot in 1920.

And the cheerleaders dressed a little more modestly in the 1930s with thick, wool sweaters.

While the formative years of the UGA football team are lesser known, the seasons in the 1980s are a coveted time in UGA history.

In 1982, Herschel Walker won the Heisman Trophy, and the team won all of its 11 regular season games.

And now Blankenship, also known as Hot Rod, has made a name for himself. He donated his 2018 jersey and cleats.

Fans can see Blankenship and the rest of the team play in the homecoming game this Saturday against the Kentucky Wildcats.

More memorabilia and archives can be found at the Special Collections Library on UGA’s campus or on Hargrett Library’s website.

Ashley Soriano is a senior majoring in journalism in the Grady College of Journalism and Mass Communication at the University of Georgia. 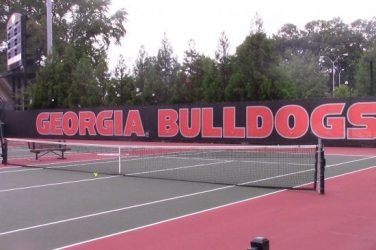 Athens, GA–The Georgia Bulldogs Men and Women’s tennis teams are gearing up for a ...

ATHENS, Ga.— The Cedar Shoals football team will take on Clarke Central in the ... 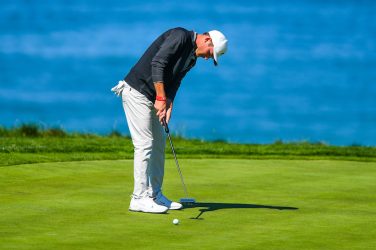 Gabriela Coello approaches her ball, visualizing where she wants it to land. She has ...