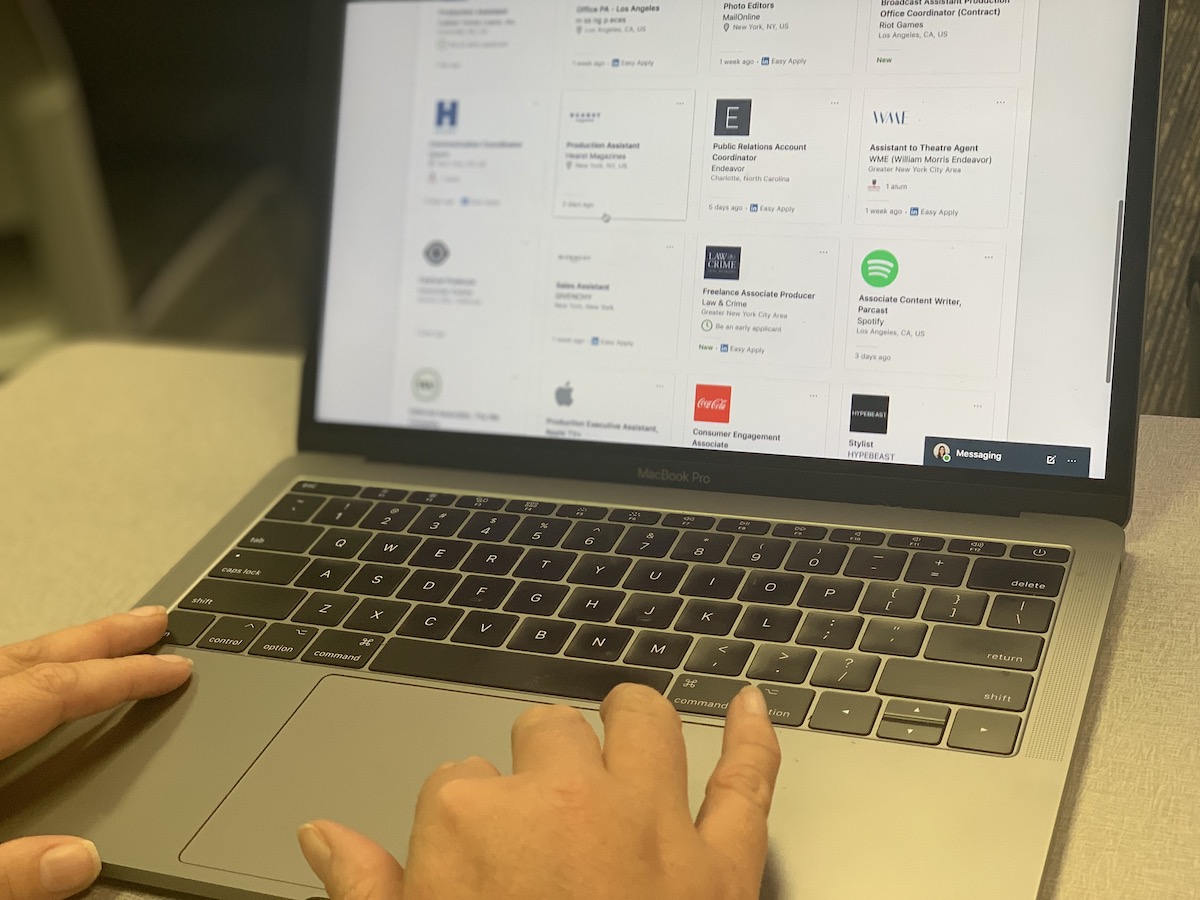 For eight hours a day, from 9 a.m. to 5 p.m., KB Bass worked lifting piles of heavy clothes and rushing to be on location to assist at photoshoots for companies like Ulta. Bass spent the majority of summer days in Manhattan, New York, running errands back and forth on the Subway.

Once their day as a styling assistant was finished, Bass’ paid night shift in retail at the two-story Urban Outfitters began.

This past summer, Bass worked as an unpaid intern, like thousands of other students in the country.

A fashion merchandising major at the University of Georgia, Bass had the opportunity to work as an intern and styling assistant in New York City for Heather Newberger, a freelance editorial and commercial stylist.

“It was kind of a step up from what a normal internship would be because she’s freelance so we were able to work one-on-one,” Bass said.

Why It’s Newsworthy: Internships help students stand out to prospective employers but since 750,000 internships each year are unpaid, according to the Guardian students struggle to gain experience while also making a livable wage.

Still, the demand for previous internship experience on any entry-level applications is high.

In 1947, the Supreme Court ruled that a company wouldn’t have to pay its employees for completing a training program. Ross Perlin, author of “Intern Nation,” cites this as a loophole that helped companies justify unpaid internships.

Up until 2018, an internship needed to meet six criteria to legally qualify as unpaid, including that these internships needed to be similar to the training given in a classroom, for the benefit of the intern or without displacing regular employees. An internship doesn’t entitle the intern to a job nor to compensation and the employer doesn’t gain an immediate advantage from the intern.

After a New York judge ruled interns should’ve been paid based on the criteria in 2015, the Court of Appeals for the Second Circuit in New York overruled the decision, declaring that “the proper question is whether the intern or the employer is the primary beneficiary of the relationship.” If it’s the intern, then the internship can be unpaid, according to Time.

As a result of the lawsuit, the Department of Labor updated the guidelines featuring seven loose Fair Labor Standards Act (FLSA) guidelines. Unlike the six-part criteria, these guidelines are flexible and no single factor is determinative. It all depends on the “unique circumstances of each case,” according to the guidelines. This can give employers more power to justify not paying their interns, according to Bloomberg.

Is It Worth It?

Some of the primary reasons students cite for choosing to take an unpaid internship are the connections, networking opportunities and marketable experience. Although the student gets experience in the industry, they often don’t receive compensation. For some, this can defeat the purpose.

This person’s giving you an opportunity to get ahead in the industry but you don’t owe them your blood, sweat and tears,” Bass said.

Jeremy Daniel, the associate director of the UGA Mentor Program, said students should reflect on the opportunity cost of an unpaid internship and consider if the experience would be valuable long-term. Daniel said using the phrase “short-term sacrifice, long-term gain” can be helpful when students are deciding whether or not to take an unpaid internship.

Money is an important aspect of any job responsibility or role, Daniel said, but the experience is also critical.

A lot of internships are unpaid, like nonprofit and social work, Daniel said.

“But I think there’s an articulation gap because I don’t think students … always understand the wealth of experience they’re getting, nor how to articulate that experience or the skills they gained from that experience,” Daniel said.

Aaron Brown, the student employment manager at UGA, agreed and said according to the data received from UGA students, an unpaid internship will most likely give students “just as much career experience” as a paid internship.

Some may argue the point, but for UGA students an unpaid internship can be very valuable, Brown said. However, he also acknowledged the financial struggles students could experience.

“It’s tough for some students that might have some financial obligations … that makes it hard for them to get that unpaid experience,” Brown said. “But sometimes employers might offer a stipend or help with their tuition payment.”

In Bass’ case, they needed to pay for their own living expenses and the metrocard they used to run errands for Newberg.

“I kind of voted out finding a place to stay because it was $1,800 a month, and I’m not going to do that,” Bass said. “The most stressful things was making sure I could support myself realistically.”

Instead, she was able to live with a friend for free.

For students like Estefi Herrera, a senior mass communication student at Georgia College and State University, unpaid internships are completely out of the question because she pays the majority of her own finances.

I can’t—as much as I want to—spend all summer, 40 hours plus a week, bettering myself,” Herrera said. “I can’t do that if I literally can’t even pay for the gas to get me there and back.”

Herrera has been an intern for a few big-time companies—such as Turner, J. Walter Thompson and most recently, CBS—and all of the internships she’s accepted have been paid.

At the end of the day, Herrera said she doesn’t “play the unpaid internship game” because it’s not fair.

“I’m getting a degree; I’m not learning how to wash a dog,” Herrera said. “I’m doing real client work, which would be billable hours, so I want my fair share.”

There are four work experiences listed on Herrera’s current LinkedIn resume, and she doesn’t plan to stop there—so long as the opportunity is paid.

“I do think I’m a strong candidate, but if they’re unpaid, that’s going to be a deterrent for me because I can’t financially put that burden upon myself, no matter how cool the internship is,” Herrera said.

Although navigating the sea of internship opportunities can be overwhelming for students—particularly when deciding whether or not to take an unpaid opportunity—universities like UGA are implementing programs to help.

The UGA Mentor Program is UGA’s first comprehensive mentorship initiative that exists digitally. It launched on Aug. 21, according to Daniel.

Students can’t always find mentors in a textbook, classroom nor in an academic advisor, he said. The UGA Mentor Program aims to bridge the gap between higher education and the workforce and industry, he said.

Students are able to explore professional goals and workplace preferences while developing their network with UGA alumni, Daniel said.

By helping students form relationships with alumni, the UGA Mentor Program can potentially lead to opportunities for students in the future, though the goal of the program is more tailored toward expanding students’ professional network.

“You just never know what doors would open through these mentoring relationships,” Daniel said.

Daniel said he tells students in orientation that mentors can open student networks and increase their social capital.

They can speak that language, they know the industry trends,” Daniel said. “Otherwise where else would you get that … information?”

And it’s not just UGA that has instilled these programs into their institutions. Around the nation, other universities are exploring similar programs. For example, Bentley University in Massachusetts offers a program called HIRE Education that aims to help students improve their career development skills by means of career development seminars and career communities to connect students with people in the industry.

Agnes Scott College in Georgia also has a mentoring program, called the Agnes Scott College SUMMIT Career Connect. This functions as a network of professionals and students which provide opportunities such as career panels, mock interviews, resume reviews and job shadowing, the last of which is also offered at UGA through a program called Intern for a Day.

Brown described the Intern for a Day program as a “good resume builder.” It gives students an opportunity to not only see what their chosen professional career might be but to also network with professionals in their area, he said.

However, Brown said both the Part-time Job and Internship Fair and the Intern for a Day programs are important, as part-time work experience on a resume is valuable to obtain while in college.

“Employers really want to see that on a resume, when students are getting ready to either apply for maybe a more formal internship or an entry level position,” Brown said. “It’s a huge benefit moving forward for their career development.”

These universities offer students who take low-paying or unpaid internship opportunities $600 to $5,000 in scholarship funds. These scholarships make it easier for students to participate in experiential learning without worrying about the costs.

In the next few years, the landscape of internships could change with technology, Daniel said.

“My guess is that … a lot more virtual opportunities will come students’ ways,” he said.

In a perfect world, Brown said he would like to see many of those positions become paid. Although five to10 years ago, the landscape seemed to be about 40% unpaid internships and 60% paid internships, he said, and their recent data shows that the number of unpaid internships is dropping, which he views as “a good thing.”

“I’m not sure what to attribute that to,” Brown said. “Employers have to be more competitive with offering these internships to students. If a student has an option to take a paid internship versus unpaid, they’re obviously probably going to take the paid internship.”

Daniela Quintana is a senior majoring in journalism the Grady College of Journalism and Mass Communication at the University of Georgia and minoring in film studies.

Madeline Laguaite is a senior majoring in journalism in the Grady College of Journalism and Mass Communication at the University of Georgia. 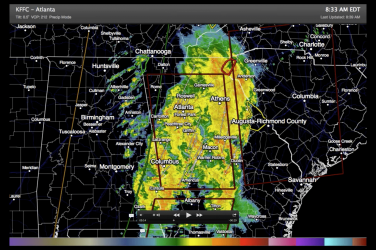 Severe storms are causing traffic accidents and evacuations in northwest Georgia.  Another string of storms ...

Athens – Investigations are underway into the death of UGA student Philip Carpenter. Carpenter ... 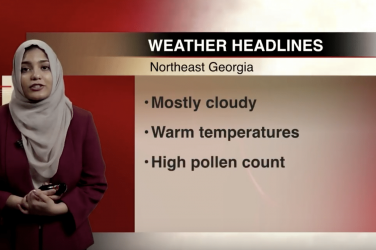