Marcella Genut, the content coordinator for Extra Special People Inc., spoke about her experiences as both a storyteller and a consumer of stories through her perspective of having a disability. She points out the inconsistencies, disparities and negative portrayals of disability in entertainment media, explaining how most shows and movies have shown either that “our lives are terrible” or that “we’re seen as inspiring for doing the smallest things.”

We want to be represented and heard just as anyone else would,” Genut said.

“These storylines should capture the lives of people with disabilities through comedy, typical sibling disputes, love relations and any other normal dynamic that non-disabled people would experience,” she added.

Genut brought up the issue of actors without disabilities playing characters with disabilities and how this contributes to inaccurate representation. Genut does believe there are some positive stories out there, mentioning how the ABC sitcom “Speechless” stars an actor with cerebral palsy and Netflix’s “Atypical” eventually hired actors with autism in the later seasons.

However, she reiterates that “we have a long ways to go,” pointing out how “Speechless” was canceled because there weren’t enough viewers and that movies still tie disabilities to negative roles, like HBO Max’s recent film “The Witches” portraying the witch (played by Anne Hathaway) to have limb deficiencies.

Why It’s Newsworthy: Due to social movements like #MeToo, #OscarsSoWhite, #PublishingPaidMe and the Black Lives Matter Movement, diversifying entertainment media is a hot topic right now. People with disabilities represent over 20 percent of the U.S. population, yet they are the least included in progressive conversations over equal and accurate representation across storytelling platforms.

Genut graduated from the University of Georgia in 2018 with a bachelor’s in public relations, a minor in communication studies and a certificate in disabilities studies. With a love for storytelling, Genut explains how she always tried to bring her perspective of having a disability into her undergraduate projects at UGA and continues to do so with her job at Extra Special People Inc.

“I always try to tell my story of having a disability and spread that awareness to other people,” Genut said. “I am unique in voicing that.”

Genut provided some examples of how she spread this awareness during her time at UGA, including a presentation over the Americans With Disabilities Act (ADA) and the everyday barriers in place, which she noted, “enlightened a ton of people.” Genut also recalled a moment where her professor allowed her to lead a discussion over “People First Language,” the respectful and preferred rhetoric for people with disabilities, as it does not coincide with the AP style guidelines and therefore, is not frequently used in mass media.

In order to understand the larger ramifications of how language, identification and portrayals of disability play out in the media, watch this short video.

Genut’s conflict with proper journalistic practices and “People First Language” is only one example of the many ways disability is misrepresented within the media. According to the National Center on Disability and Journalism (NCDJ), a resource center and guide for accurate reporting on disability topics, “it is widely acknowledged that people with disabilities are frequently under-covered by the mainstream press or that coverage is inaccurate or incomplete.”

Jillian Copeland, the founder of Main Street Connect Inc. which is an affordable, accessible and inclusive apartment complex and community center for people with and without disabilities located in Rockville, Maryland, has experienced the media’s negligence firsthand when it comes to covering disability topics.

Copeland’s 21-year-old son, Nicolas, has developmental disabilities, and she envisioned Main Street as an integrated environment “where individuals with developmental disabilities and others will live and thrive together.” Copeland believes the media is impactful in educating the public and explained how she encountered resistance and remissness when she reached out for story coverage over Main Street’s opening.

Copeland and Genut both point out disability’s absence across entertainment media and news coverage, and as Genut emphasized, equity comes with not only authentic portrayals, but also moving the narratives away from focusing solely on “being inspiring for doing anything” and living adverse lifestyles.

This is true for all storytelling platforms, including news stories, film and television and books. Frances Ryan, an author with chronic illness who wrote “Crippled: Austerity and the Demonization of Disabled People,” voiced her concerns over the underrepresentation of disability in the publishing industry in a recent Guardian article.

In the article, Ryan writes, “Books on disability need to be given more mainstream credit, but progress also comes when disabled authors are welcomed to write about relationships, politics or crime, just like any other author.”

Today, people with disabilities represent the largest minority group in America. According to the Centers for Disease Control and Prevention, 26 percent of adults in the United States have some type of disability, and the percentage of people living with disabilities is the highest in the South. In the state of Georgia, 27.2 percent of adults have some type of disability.

With the recent diversity push across entertainment media, these industries are etching closer to inclusive storytelling. Leading figures in publishing and film have recently pledged to advance their inclusion efforts and increase diverse representation within both the stories published and produced and the actual demographic makeup of their companies.

As this progressive discourse gains traction, influential actors, writers and activists from the disability community have drawn attention to the invisibility that still persists among this group, and many of their stories are featured in the New York Times “Disability” series, which debuted in 2016 and continues to publish essays, art and opinion by and about people with disabilities. Additionally, reputable organizations such as the Ruderman Family Foundation, RespectAbility and the NCDJ advocate for equitable representation of disability in the media and provide effective resources and research specific to this topic.

These current examples indicate progress and pave a positive path for the future of inclusive storytelling. Genut expressed that since she was little, she has noticed growth and progression in regards to disability representation in media. She believes that greater change will begin by bringing more awareness to the disability community in general.

“It’s exciting to see our stories on TV,” Genut said. “As we grow more in this type of representation, the mass public will enjoy those stories and be interested in our voices.”

People with disabilities are underrepresented across storytelling platforms. (Photo Courtesy/ Nguyen Minh on Unsplash)
NEXT STORY 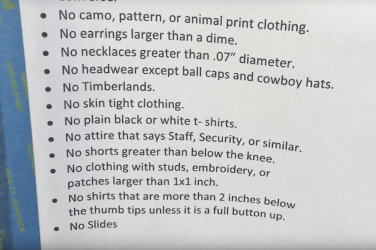 The Athens Anti-Discrimination Movement is protesting against discriminatory bar practices in downtown Athens. This ...

Want to know what’s going on this weekend? Here is a calendar with a ... 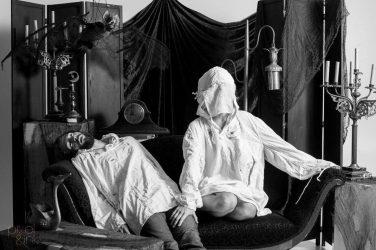 Bowing Out of the Spotlight: Trio Gallery Provided Experimental Art Spaces Before Closure

In between the six permanent art galleries and museums in Athens, short-lived galleries remain ...