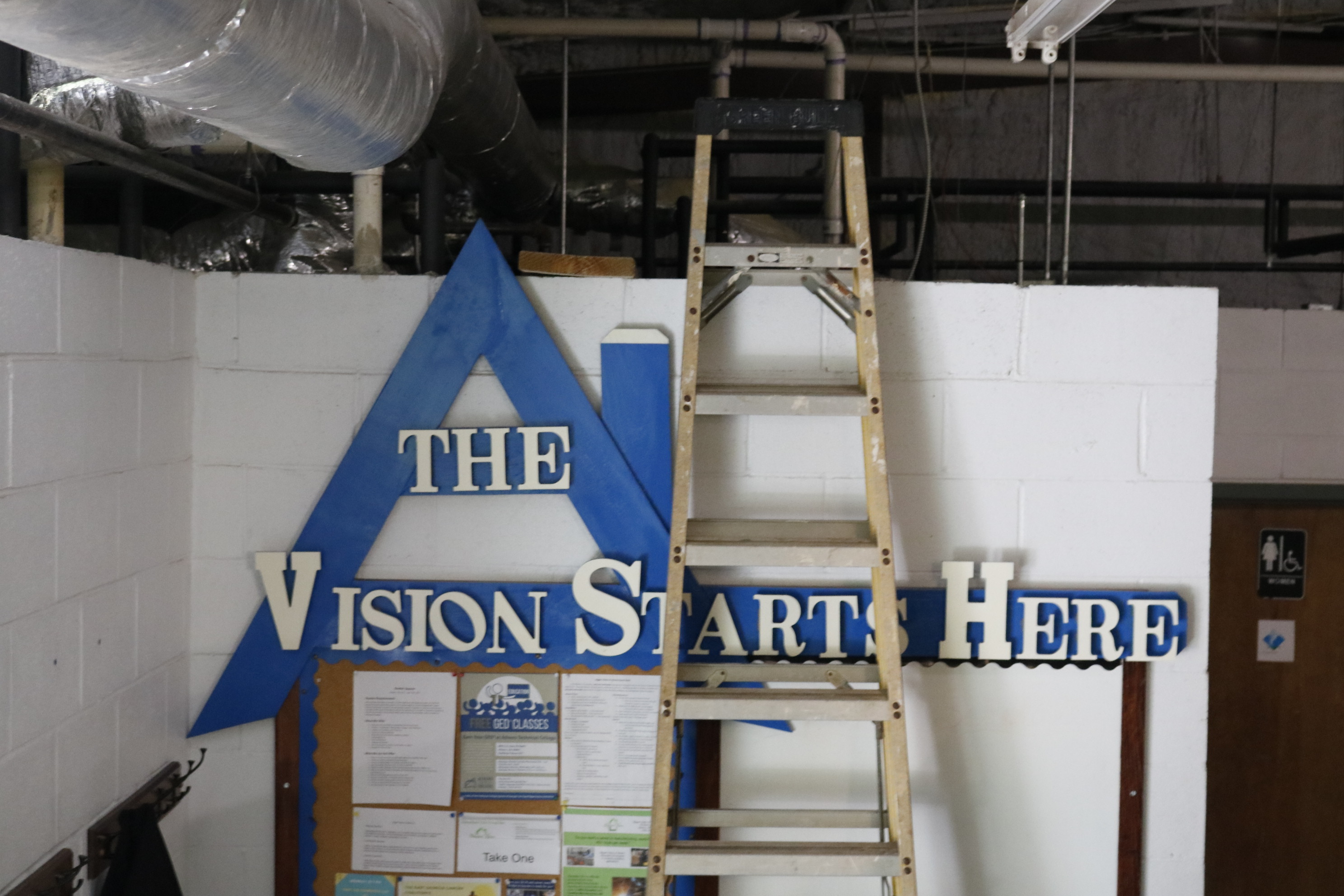 Andrew Wilkin is the executive director of Bigger Vision Community Shelter in Athens, Ga. He’s also the man who started the shelter’s new program called Abundant Life. The program works in a number of ways to help those in homelessness, many of which Wilkin is still working out.

Why It’s Newsworthy: Homelessness is a problem that impacts the local Athens community. According to a report done by the Athens-Clarke County Department of Housing & Community Development, approximately 239 people were living in homelessness in 2017.

Though the Abundant Life program began this past summer, there have already been problems, which Wilkin recognized quickly.

For starters, the shelter mainly operates as a winter shelter, meaning it is closed for the summer months. Wilkin expressed the difficulties in recruiting when his main audience is his guests.

Wilkin tried alleviate the problem by going through agencies, but the goal of Abundant Life was lost in translation.

He said the agencies were misleading the applicants by implying the program was a free apartment system, which isn’t the case.

The third problem Wilkin ran into was applicants, who once they were accepted into the program, weren’t following through. They would complete the application, but once classes started, they simply wouldn’t show up.

Abundant Life works in a number of ways, based on the applicant. It’s all about working with Wilkin on a case-by-case basis, so that the individual’s needs are met.

The program works in three ways. First, they get their GED education, but if they already have their GED, they forgo the first portion of the program, and go to the second, which is job training. All applicants can go through the three different entities Bigger Vision has partnered with for Abundant Life.

Within these three organizations, a person in homelessness gain various skills and comes out ready for a job.

The third part of the program is where Wilkin really comes into play.

“So the last thing is those who are currently employed, if I need to sit down with you and look at your income, your hours, your expenses, extra expenses you may have, and determine whether or not you can sustainably afford yourself in an apartment,” he said.

Wilkin says getting out of homelessness is like climbing a mountain.

It’s really hard, and obviously, the part right closest to the peak is the hardest, and so, my mentality was, if you can get to base camp, then I will help you get the rest of the way up the mountain,” he said.

“But if you’re not capable of climbing from the bottom of the mountain to base camp, then there’s absolutely no way you’re going to be able to make it up the rest of the way, because that peak is going to be by further harder than the base camp.”

Getting to base camp can be the hardest part, but it doesn’t have to be. Wilkin has started holding weekly meetings every Tuesday at 1 p.m. as information sessions regarding Abundant Life.

From guests, to those who have never stayed, or even social workers, anyone is welcome.

Wilkin said he had one man enroll in the program the following week after coming to an information session.

Though certain problems have arisen, the executive director remains hopeful.

“There are seven types of stories, and two are almost exactly the same, redemption and tragedy,” he said. “People have to decide if they want redemption or tragedy.”

Eliza Castriota is a senior majoring in journalism at the University of Georgia.

Approximately 300 tons of material is disposed of in the Athens-Clarke County Landfill daily. ...