Will Smith, 24, dons a smile and silver cross on a thin chain around his neck. Light, curly hair and a beard frames his square face. A senior religion major involved in the University of Georgia’s Christian Campus Fellowship, Smith loves talking about ministry, Waffle House and life as an openly transgender Christian man.

Out for 11 years, Smith is one of many students at UGA needing access to gender-neutral bathrooms for their well-being. While transgender bathroom politics divide the nation, to Smith and other transgender or nonbinary students, using the bathroom is not a politicized talking point — it’s a basic need.

“I love single-stall bathrooms,” Smith said. “The accessible ones just make me feel a lot more at ease. I literally go out of my way to use them.”

Why It’s Newsworthy: Gender-neutral bathrooms on campus protect the safety and well-being of transgender and nonbinary students.

Twelve percent of trans people surveyed by the 2015 U.S. Transgender Survey reported verbal, physical or sexual harassment in a bathroom that year, and over half (59%) avoided public restrooms out of fear.

Smith experienced harassment in a public restroom before coming to Athens, which still influences him today. He purposefully misses the beginning of his religion class to avoid crowds in the bathroom during busy class changes.

“With all of the anti-transgender legislation that’s being pushed right now, it would be nice to feel some support, legally speaking,” Smith said. “The biggest way I personally would feel supported would be to see more unisex and or single-stall family bathrooms available.”

Sorrel Tran, a nonbinary third-year graduate student in the plant pathology department, spends every day at Miller Plant Sciences, a building with only gendered restrooms.

Tran did not know the closest gender-neutral bathroom to their lab. After a Google search, they found it in the Science Learning Center, across the quad, up a flight of stairs and tucked down a hallway.

“At that point, it’s just easier to use the bathroom that’s in the building,” Tran said. “I don’t wanna walk all the way down the street just to find a bathroom that’s gender neutral.”

About one-third of buildings on UGA’s Athens campuses have a gender-neutral bathroom, based on data from the Equal Opportunity Office and the Office of University Architects for Facilities Planning.

Smith faced a similar dilemma to Tran. Back-to-back classes at the journalism building, which has no gender-neutral bathrooms, required him to use a gendered bathroom.

He often walked almost a third of a mile from central campus to north campus to use the Brooks Hall or Main Library gender-neutral bathrooms.

“If the Tate side had any, I didn’t know where they were,” he said.

While most transfer students spend time locating their classes before the start of the semester, Smith, a 2019 transfer from Clayton State University, scouted locations of safe bathrooms.

“I couldn’t seem to find an easy source that had the info of where to find those kinds of restrooms,” he said. “There was some anxiety about it.”

The Equal Opportunity Office features a list of the unisex bathrooms on its website, but it is inconsistent. Last updated in Dec. 2020, the list misses several bathrooms and includes many that are inaccessible to students because they are locked, staff only or require permission.

This is only three of over 100 examples of misleading or incorrect information. Greg Trevor, associate vice president for marketing and communications, said the list is computer generated and not maintained by anyone.

Sourced from the University Architects, the app’s feature has the same issues as the Equal Opportunity Office’s list. Ul-Islam says that SGA has not received any feedback on the feature.

When asked if there are enough gender-neutral bathrooms on campus, Smith said he wishes for one per building.

This is easier said than done, according to Trevor. State building codes regulate bathroom fixtures, preventing the building of new ones. However, plans are in the works to build gender-neutral bathrooms in at least five buildings this year, he said, as well as to transform existing single-occupancy bathrooms into gender-neutral ones.

“There are some under construction at the Interdisciplinary STEM Research Buildings 1 and 2 and the new first-year student residence hall,” Trevor said. “This year, we are planning to create single-occupant restrooms inside Fine Arts and at Miller Learning Center.”

As reported by The Red & Black, SGA passed Resolution 32-12 on March 3, 2020, requiring all university buildings built after Jan. 1, 2022 to have one gender-neutral bathroom. This resolution must be approved by the University Council and UGA administration before enacted.

As of April 2021, the University Council has not voted on this resolution yet.

Even with plans for more gender-neutral bathrooms, nonbinary and transgender students like Smith still must navigate the frustrating inconsistencies of bathroom accessibility.

Trusting in his faith, Smith is confident despite the struggles of his community. He encourages people to talk to those different from themselves in hope of creating a better environment for everyone.

“All oppression really is connected,” he said. “If we worked together in an intersectional way, it would benefit us all.”

Autumn Sanford is a senior majoring in journalism and minoring in criminal justice in the Grady College of Journalism and Mass Communication at the University of Georgia.

Sorrel Tran, 27, points to the inside of the bathroom that is closest to their lab in the University of Georgia's Miller Plant Sciences building on March 2, 2021. As a nonbinary graduate student in the plant pathology department, Tran does not have close access to a gender-neutral bathroom when working in the lab or attending class. (Photo / Autumn Sanford)

Sorrel Tran, 27, points to the inside of the bathroom that is closest to their lab in the University of Georgia's Miller Plant Sciences building on March 2, 2021. As a nonbinary graduate student in the plant pathology department, Tran does not have close access to a gender-neutral bathroom when working in the lab or attending class. (Photo / Autumn Sanford)
NEXT STORY

Sorrel Tran, 27, points to the inside of the bathroom that is closest to their lab in the University of Georgia's Miller Plant Sciences building on March 2, 2021. As a nonbinary graduate student in the plant pathology department, Tran does not have close access to a gender-neutral bathroom when working in the lab or attending class. (Photo / Autumn Sanford)

Sorrel Tran, 27, points to the inside of the bathroom that is closest to their lab in the University of Georgia's Miller Plant Sciences building on March 2, 2021. As a nonbinary graduate student in the plant pathology department, Tran does not have close access to a gender-neutral bathroom when working in the lab or attending class. (Photo / Autumn Sanford)
PREV STORY 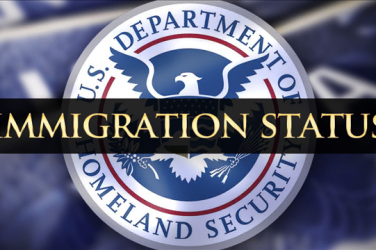 Election day is here. One of the issues that experts say could impact the ... 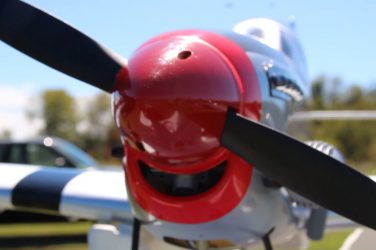 Five Things You Didn’t Know Drones Could Do

By: Zack Watson An increasing popularity of drones also creates more uses for this ... 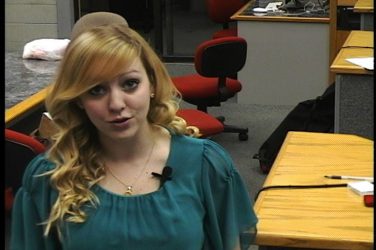 Web Anchor Meredith Dean gives a sneak peak of what is happening at Grady ...