According to the latest data from Feeding America, there are currently 26,340 food insecure individuals living in Clarke County. This leads to a food insecurity rate of 21.6 percent.

Why It’s Newsworthy: Housing can affect an individual’s chances of being food secure, and Feeding America reports 1 in 5 individuals in Athens-Clarke County are classified as food insecure. Action Ministries tries to alleviate that issue by providing meals to the community.

“We have a program called Our Daily Bread that serves breakfast and lunch to anyone in the community that needs a meal,” said Burgess.

An in-depth description of how Our Daily Bread operates is featured in the audio story below:

In addition to the meals they serve on weekdays, Burgess said Action Ministries also has a weekend bags program to make sure recipients have food to last them through the weekend when they are not receiving meals from the Our Daily Bread program.

“We put nonperishable food like canned food in bags and pass them out,” said Burgess. “It has to be food that can’t spoil because most of the people we are giving them to don’t have refrigeration.”

Burgess said while their programs were initially intended to serve only the homeless population, Action Ministries has expanded to assist anyone in need of resources.

We take care of people that are out on the street first. Then we take care of those who are in shelters, or are low-income, or who are just in their homes that need [resources],” said Burgess.

Why Does the Problem Persist?

However, even though many organizations like this exist in Athens, the food insecurity rate still remains relatively high.

In fact, this number has stayed rather constant and persistent over the past few years. It has also managed to remain higher than the state average food insecurity rate, which itself has seen a steady decline.

Laura DeGroot, program administrator at Action Ministries Northeast, believes the reason for this virtually stagnant rate, despite programs like Our Daily Bread working to combat it, can be attributed to the cycle of poverty that exists in the county.

“Some people get some form of assistance, like food stamps, and then once they start to make enough money, they get those benefits reduced or eliminated, and then once again, their income goes back down,” said DeGroot. She continued:

So it then turns into this cycle that keeps people trapped so they turn to organizations like us for assistance.”

In Georgia, individuals can only qualify to apply for food stamps if they individually have a current bank balance of less than $2,001 or a balance of under $3,001 if they live in a shared household. They must also fall under a certain annual household income bracket.

DeGroot also believes the lack of affordable housing in the area is another factor contributing to the high, stagnant, food insecurity rate.

“If you are making the bare minimum, affording rent in Athens is tough,” said DeGroot. “A lot of people on fixed incomes in Athens are making less than $1,000 a month. By paying about $725 minimum for rent, it becomes really hard to make ends meet and that can affect food security.”

In fact, according to the United States Census Bureau, the median rent for an apartment unit in Athens-Clarke County costs roughly $800 while the minimum wage in Georgia is $7.25. Homebuyers should not typically spend more than 30 percent of their monthly income on housing. If individuals are working minimum wage in Athens, their monthly income would roughly be $1,160, meaning they should typically only set aside $348 for rent.

Additionally, according to the National Coalition for the Homeless, food insecurity and hunger stems from poverty and lack of reliable income sources.

Nevertheless, both Burgess and DeGroot said those factors are reasons why Action Ministries does not limit who they serve with their programs.

“As long as you’re hungry, you’re welcome here. There is no limit,” said DeGroot. “Our programs are just doing the simple fact of meeting the needs of people.”

Burgess said he hopes Action Ministries programs can eventually help alleviate the issue of food insecurity, but in the meantime, “[they] will always be here to serve the community.”

Canvassing in a Year Off: Locals Meet Neighbors While Partnering with Athens for Everyone 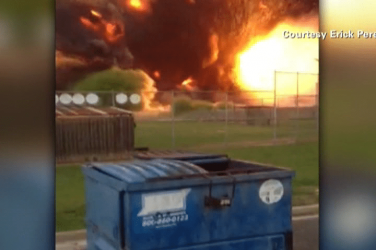 Athens, GA- The massive explostion at a ferilizer plant happened in a small town ...