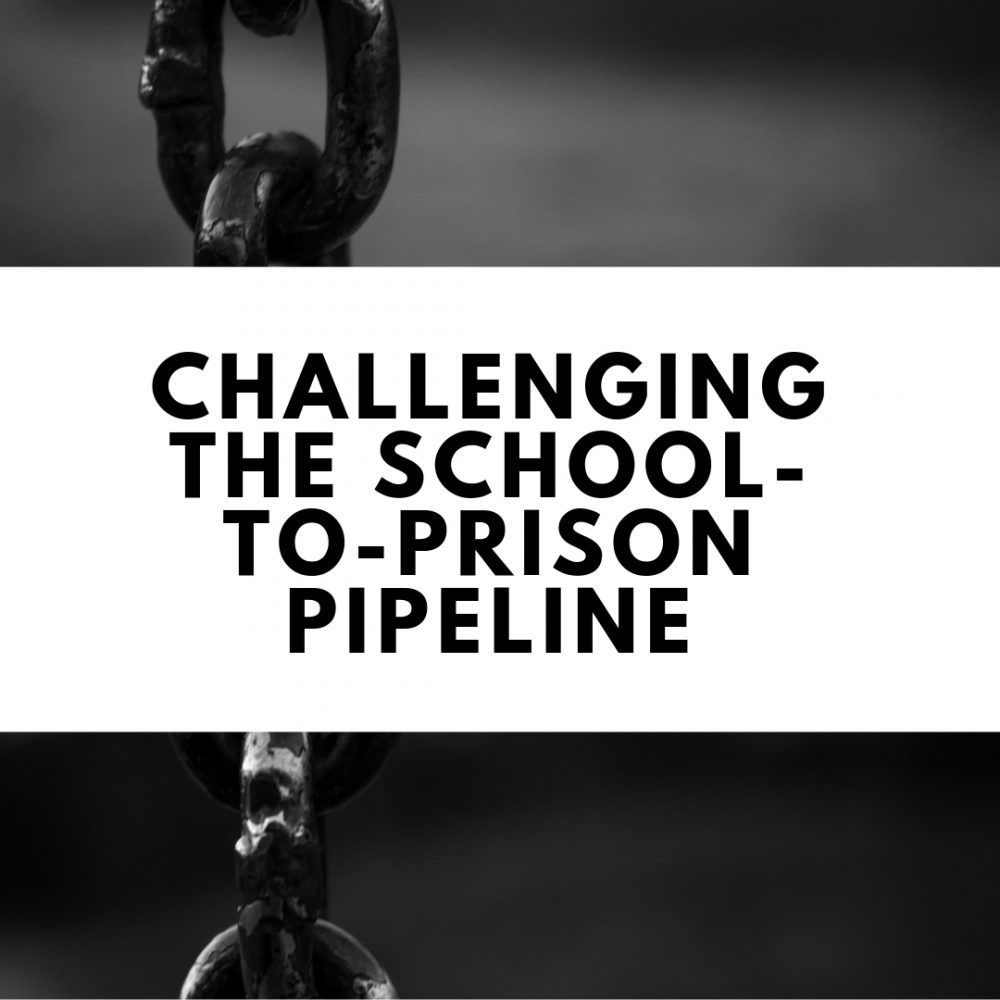 Mokah-Jasmine Johnson wears many hats. She teaches GED courses, hosts a podcast and speaks at public events. She is also an outspoken activist and co-founder/president of the Athens Anti-Discrimination Movement (AADM). Much of Johnson’s work centers on combating discrimination and dismantling the school-to-prison pipeline.

The school-to-prison pipeline refers to the “funneling of students out of school and into the streets and the juvenile correction system depriving children and youth of meaningful opportunities for education, future employment, and participation in our democracy,” as defined by the NAACP Legal Defense Fund.

Why It’s Newsworthy: This phenomenon disproportionately targets students of color and students with disabilities in public schools, and prevents many of them from furthering their education.

Johnson is also a doting mother. After her son got into some trouble in high school, she took a closer look at the school-to-prison pipeline and disciplinary policies in school.

“Many years ago when I first moved to Athens, was the first time I really got a wake-up call. My son cut school and got a curfew violation, and he ended up getting arrested. Of course when they saw the cops, they ran,” Johnson said.

Her son was charged with a curfew violation and fleeing from an officer.

He was in high school and I was appalled. I was like ‘How can this happen?’ Kids cut school —I’m not condoning him cutting school— but this is minimal on offenses that kids do. I didn’t really know until then how serious it really was. I thought if a child was going to get arrested, it would be for something violent,” Johnson added.

Many critics of the school-to-prison pipeline say that harsh disciplinary measures contribute to the issue. These measures include factors such as zero tolerance policies, physical restraint and increased police presence at schools.

“Kids are getting arrested at school sites and they’re going to jail, and that starts to create a story. If you have an arrest record before you graduate from high school, it’s not a good look. So if we’re really trying to address racial and discrimination issues and seek a away for our community to gain liberation, we have to focus on the youth,” Johnson said.

“We want to bring awareness to the school-to-prison pipeline, and to present solutions and different approaches that educators can use in the classroom, or activities that kids can be involved in or policies that we need to bring attention to,” Johnson said.

Johnson said that her experience as an educator also affects her views on the school-to-prison pipeline.

“I teach GED classes. What I see are kids who end up dropping out, a lot of them are 16 or 17. Some of them might have been arrested, or dropped out for different reasons. I see the school-to-prison pipeline from that end. From the person that’s no longer in the school system, and you’re dealing with the jail on probation, and a GED is part of your probation requirement and you’re only 16 or 17, and this is not good,” she said.

Kimberly Roche is a fourth-year education major at the University of Georgia. She hopes to teach science classes upon graduation. She said that learning about the school-to-prison pipeline reinforced her decision to pursue a career as a teacher.

“It’s one of the reasons why I am so passionate about being an educator because there is so much that we can do in the classroom to prevent this policy from affecting children the way that it is,” Roche said.

Roche hopes to become a teacher who uses more lenient solutions to deal with disciplinary issues instead of relying on harsher punishments.

Autumn Broussard is a masters student in the middle grade education program at the University of Georgia. She said that her younger brother was often unfairly punished his time in school, which hindered his academic performance. Her brother’s experience at school caused her to look more closely at how the school-to-prison pipeline works.

“It is an inequitable thing that happens in a lot of schools for a lot of minority students. I think it starts with discipline in the classroom. A lot of teachers just want to send the student to the principal’s office or suspend them, but it’s not fair,” Broussard said.

Broussard has taken college education courses that address the school-to-prison pipeline. While in class, she has learned more about different approaches to disciplining students as well the importance of providing proactive learning environments to students.

“Last semester we talked about the school-to-prison pipeline. My professor was all about advocating for all students and it was something that we discussed and read about in class a lot,” Broussard said.

In the future, Broussard hopes to be an engaging teacher who limits her use of punitive punishments.

“I hope to work in a diverse school when I teach. I want to be an advocate for students of all walks of life. I feel like the way that people discipline is always sending students out of the classroom, but I don’t feel like that is productive. If you’re sending students out of the classroom, then they’re missing out on class time. I’m learning that you have to take a different approach,” Broussard said.

Johnson, Roche and Broussard oppose the school-to-prison pipeline. It’s a complex system that relies on numerous factors to exist. They all agree that using alternative disciplinary strategies has the potential to seriously challenge the pipeline. Some of these techniques include implementing positive behavior interventions, limiting the role of school resource officers and limiting the number of suspensions in particular situations.

“We have to figure out how to dismantle to school-to-prison pipeline situation and take more of a restorative justice approach within the system so that these kids are learning how to resolve their problem and not just being punished,” Johnson said.

Courtney Thompson is a senior journalism student at the Grady College of Journalism and Mass Communication.

“The consumption of leather products by the humans is very common and used almost ...

The Athens-Clarke County Commission passed an ordinance in November 2016 to allow individuals to file ...