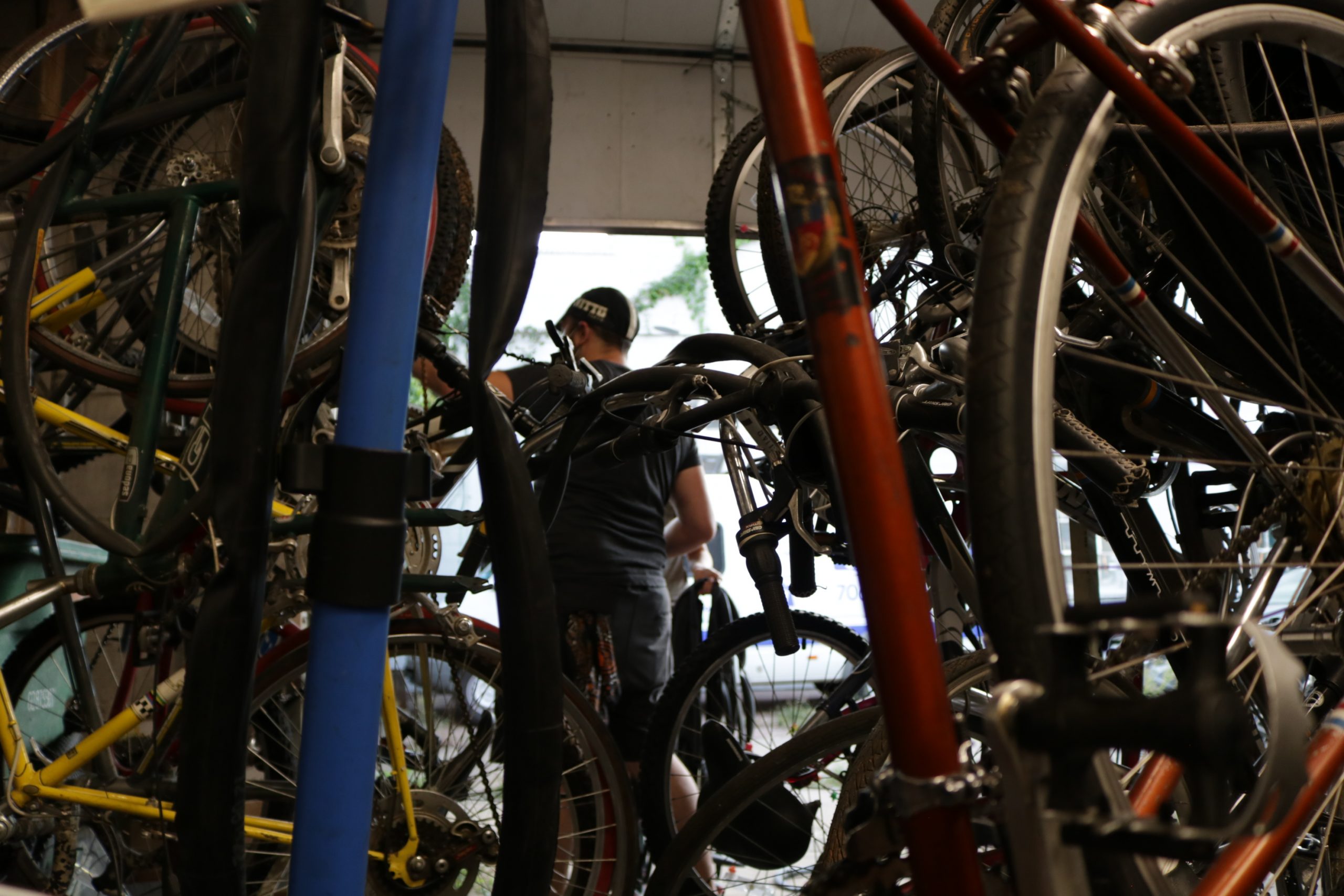 BikeAthens is a nonprofit that runs a bike repair, education donation and redistribution program. Listen to Caroline Odom to discuss her process covering the organization.

BikeAthens is a nonprofit that runs a bike repair, education donation and redistribution program. Today I’m joined by Caroline Odom to discuss her process covering the organization, local government funding and transportation, equity and Athens.

So to begin, why did you choose to cover the story?

Caroline Odom: I had heard a little bit about BikeAthens because I actually do some work with homeless advocacy organizations in the community. What really interested me was the Athens in Motion Plan, which is included in my story, and I just really wanted to explore that more. It was something I had not really heard a ton about, but is funded by taxpayer dollars going to TSPLOST. I just had questions about how all of that fit together and how it worked. BikeAthens is a big advocate for the Athens in Motion plan, so I just thought telling the story through the lens of BikeAthens would be helpful.

Why do you think it’s important for readers to know this kind of information?

CO: We talked about this in Professor Cantrell’s community capstone class. You have to figure out what matters to people, and anytime someone is paying money for something, they probably want to know about it, especially when it comes to taxes.

I think these TSPLOST special local option sales taxes are really interesting. Even though they do get voted on, they’re maybe not something that everyone is as familiar with, so I thought it would be good for people to know that these are the kind of projects that those funds go towards. That’s especially relevant since in the spring Athens Clarke County voters will have a chance to vote on TSPLOST again.

Can you tell me a little bit about your process covering the story?

CO: I kind of cast a wide net because I was looking at BikeAthens and I was looking at the Athens in Motion plan, just trying to figure out who the players were. I talked to Daniel Sizemore, who is, I forget his official title, but he essentially is the local expert on Athens in Motion plan and on that commission and everything going on there, so I got some background on that.

Then, once I realized that BikeAthens had been such an advocate for the Athens in Motion plan, I went and visited them. I talked to Scott Long, who’s the executive director, and I got to visit one of their Fix Your Own Bike nights, which is a cool initiative they do. That was a chance for me to really observe what BikeAthens is all about. In addition to their advocacy, I was also able to see the types of people that this Athens in Motion plan is going to impact through BikeAthens.

Then there was also just a lot of reading and a lot of getting context. I probably looked through the Athens in Motion plan three or four times. It was a pretty big document, but I enjoyed looking through it and trying to pick out what was important and how I could summarize this massive document for readers. So it was just doing a lot of background research and trying to find the right people who could tell me about it and humanize it.

I think a good thing that readers should know is that as a journalist, our goal is to give them the information that they need.“

CO: I really enjoyed going to that. I actually went a little bit early to talk to Scott and then came back. I’m not always good at being a fly on the wall, just because that can feel uncomfortable sometimes, but I think having the camera around my neck and having the recorder and the notebook in my hand kind of made my purpose clear to people.

I greeted someone and introduced myself and asked them their name and started a conversation with them, and then just kind of stepped aside. At that point, they knew I was there, they knew what I was doing. I just got to stand there and watch, but it was really fun.

I spent a lot of time outside of the shop. There were several people sitting at a picnic table just chatting. I got to talk with them for a while, which was really, really enjoyable.

How did you get over the anxiety of talking to people in that kind of situation?

CO: For me, I’m one of those people that can build up a situation in my head and overthink it and when I just go and do it, I mean, beforehand I made sure I had everything I needed. I made sure I had all my materials and had the questions I wanted, so I was definitely prepared going in. But then once I got there, it’s like you kind of just have to rip the Band-Aid and start talking to people. Every time I’m nervous for a situation like that, as soon as I just make myself do it, it gets so much easier. So that’s how I operate.

Was the fix your own bike night and event that was open to the public or did you need to get special permission as press to cover it?

CO: That is something that’s open to the public. Usually every Thursday night anyone can stop by.

Why did you choose to make this a multimedia story?

CO: Honestly, I just think it’s really fun. I think that’s what an audience wants to see, and as a journalist you’re trying to think about how an audience can best understand the story.

The text was full of information. I tried to summarize some of it with some infographics, just to make it a little less wordy. I really enjoyed the photos, just so people could see what a Fix Your Own Bike Night is like or see what BikeAthens is about. I also included some audio from Scott Long, who’s the executive director. I really wanted to go more into what equity is, because that’s something that’s highlighted in the Athens in Motion plan and something that BikeAthens cares a lot about, but I didn’t want to get too wordy with it, so I thought, letting him explain it kind of as the expert on equity and transportation would be more helpful than me trying to summarize. I thought it was good to hear in his own voice.

Why did you include photos as part of the story?

CO: Quite honestly, I went to Fix Your Own Bike Night, and my strategy was just to collect everything I can. If I don’t use it, that’s fine, at least I had it just in case, and if I do use it, great. I just had all these really cool photos from Fix Your Own Bike Night that again, just kind of let people visualize who is a part of Bike Athens, what is it about. You know, if someone learned about it, and was interested in going, it would kind of give them an expectation of what they would see there. I just had the photos and thought they would be good to include.

You kind of just have to rip the Band-Aid and start talking to people.“

Do you have any training in photojournalism?

CO: I did take the beginner photojournalism class with Andrea Briscoe when she was here. So I am very rusty, and not great with a camera, but it’s good practice.

I saw you used Canva to make your infographic. Did you use any photo or audio editing software for those portions of your piece?

CO: As far as photo editing, I didn’t really do much editing on those. I just kind of did some cropping in Preview. I used Audacity to kind of trim the audio down and then I wanted it to have a caption over it, so I used Headliner for that.

Why did you decide to close caption your audio?

CO: I know I am a very visual person, so personally, if I’m listening to something, it really helps me to be able to read along. And also just from the perspective of accessibility, someone can still interact with that piece of media, even if they’re not able to hear it and they can read along. I also know I’m sometimes in situations where I want to know what a video is saying, but I’m not able to turn my volume up. And so that kind of covers that as well.

Is there anything you learned while covering the story that surprised you?

CO: I don’t know if there was anything specifically surprising…I’m trying to think…

An aspect that I wish I could have included more was when I talked to Daniel Sizemore who is with Athens Clarke County as a transportation coordinator. He just told me a lot about the process of how TSPLOST works and how those projects get implemented. I really enjoyed learning about that.

But in relation to that, Scott Long’s comments about how these projects can take such a long time from planning to actual implementation. I think as a citizen, it’s easy to look at that sometimes and get really frustrated, but he provided a lot of context about, like, why there’s reasons why it takes so long. It’s because there’s so much thought and input that’s required, and it takes time to get funding. That didn’t necessarily surprise me, but it gave me a context that I don’t always have.

CO: I’ll start with weakness. I feel like I almost tried to tackle too much in one article. Like I was talking about BikeAthens and then I was talking about Athens in Motion. While I think those are all important parts of a similar topic in Athens, I sometimes struggled to figure out how to organize it to show how they were connected, as well as how they were still separate.

As far as strength, I think just showing people how this money is used and kind of the process behind that because someone might read the story and be like, “Oh, this is how this works”. You have to get this funding, and then there’s all this input, and then this implementation process happens. And I think people are able to apply that to other issues, local issues, as well. So it was a very ambiguous answer. But I feel more strongly about the weakness than I do the strength.

Is there anything else you feel that the average reader should know about what goes into the production of a piece like this?

CO: I tend to get in the weeds with information. Like, I just want to include all of the information because I’m a nerd and genuinely interested in most of it. But I think a good thing that readers should know is that as a journalist, our goal is to give them the information that they need.

There’s always more to learn, but it would have been really helpful for me, like, if someone were to read that story and give me some feedback of, like, “Oh, I really enjoyed this, I would have liked to have known more about that.”

I think knowing that dialogue is really important.

Alex Anteau is a graduate student in the health and medical journalism program at the Grady College of Journalism and Mass Communication.

In this annotation, Jonathan Crandall interviews Kala Horvat to discuss the process of ...

What does it mean to be courageous? We’ve certainly had to summon courage during ... 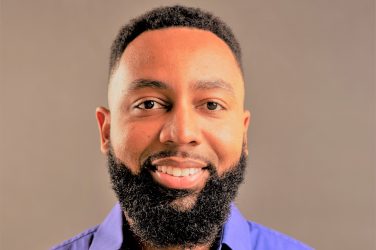 To further our mission to talk about process and quality in journalism, each guest ...