To say that Uber and Lyft haven’t changed the face of transportation and catching a ride would be a lie, or just terribly misinformed. It’s hard to imagine the ride-hailing and ride-sharing services disappearing into thin air after they have made such an impact and have become incredibly recognizable.

The same can be said for Airbnb, a company founded in 2008 that allows users to either host or rent part or all of a property to visitors. The privately-owned company, which had a very small beginning, now boasts more than 5 million listings worldwide, including properties in more than 191 countries and 81,000 cities.

However, the company is doing more than just changing the hospitality field — according to some reports, it’s changing surrounding communities as well.

Why It’s Newsworthy: Athens-based Airbnb properties encompass everything from camping grounds to multi-bedroom houses that cost more than $1,000 to rent for one night. While nothing definitive has been evaluated for Athens, some believe Airbnbs attribute to higher rent costs in the housing market or increased income for Athens hosts.

In May, New York City and Airbnb were involved in a public dispute after the city’s comptroller — a public official who audits government accounts and sometimes certifies expenditures, according to Merriam-Webster — claimed that the company causes housing costs to rise.

While there isn’t conclusive evidence that this specific outcome is happening in Athens, Airbnb adds another wrinkle to an already-growing town.

Scott Talley, the principal broker and managing partner of 5 Market Realty, has been a realtor in Athens since 2004. Talley, an Athens resident himself, said the number of people interested in buying property in town has “dramatically increased” since he’s been in the business.

According to Talley, there are various reasons for Athens’ growth, including an influx of baby boomers moving back to the Classic City for retirement.

Talley said people looking to buy traditional rental properties are more common than buyers acquiring entire properties for the express purpose of renting them through Airbnb, but that the business model is becoming more popular.

Jon Pierson is an Athens resident who owns and hosts 11 properties through Airbnb. He has more than 400 hosting experiences for these properties, one of which has 174 five-star reviews.

“I [host through Airbnb] because I enjoy meeting people and being somewhat of an ambassador for Athens,” Pierson said over chat on Airbnb’s website. “The experience people have staying at one of my listings can largely impact their impression of our town. I take pride in that.”

Pierson said he has noticed an uptick in competition between Athens Airbnb hosts.

“I have seen listings pop up [daily],” Pierson said. “I am concerned that supply is beginning to outweigh the demand — I’ve launched three new listings in the last two months, and it’s been a lot of work to get them booked, even on big football games.”

The University of Georgia and UGA football are two of the biggest factors influencing Athens’ housing market and Airbnb market.

“[The university] is the biggest engine that drives our economy, for sure,” Talley said.
According to an Airbnb report, Athens residents hosting properties during the 2017 UGA football season earned about $91 million.

While the full extent of Airbnb’s effect on Athens’ housing market is up in the air, the company and its business model is fairly divisive. It’s a great income-generator for residents, but could be making it more expensive to live in town.

“On one hand, it’s a great way to make money and make your mortgage,” Pierson said. “On the other hand, affordable rentals are in high demand, and it could be a cause of rents going up and housing becoming more difficult to find.”

Claire Cicero is a senior majoring in journalism in the Grady College of Journalism and Mass Communication at the University of Georgia.

The Lead: Jonathan Peters on State of Media Ethics 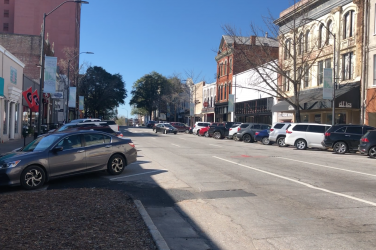 Your COVID-19 ordinance questions have answers. The Athens-Clarke County government has created a hotline ... 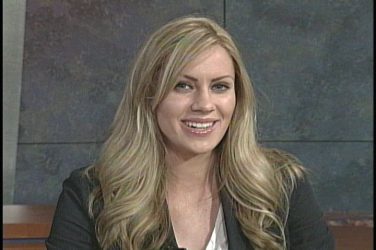 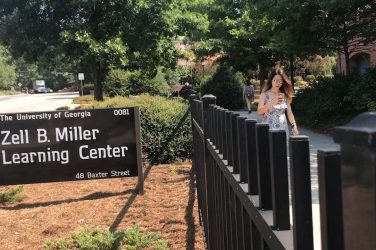