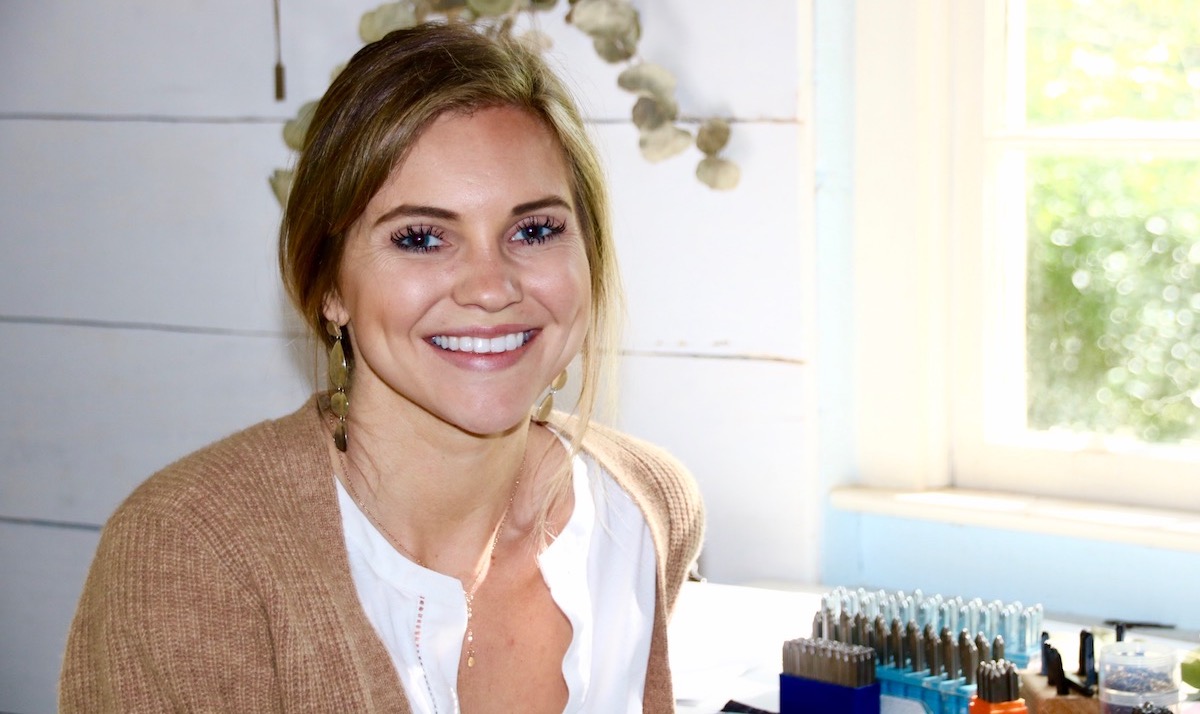 
Deprecated: Methods with the same name as their class will not be constructors in a future version of PHP; phpFlickr has a deprecated constructor in /var/www/html/gradynewsource/public_html/wordpress/wp-content/plugins/flickr-justified-gallery/phpFlickr/phpFlickr.php on line 25 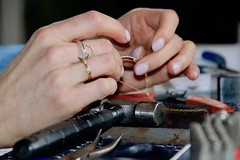 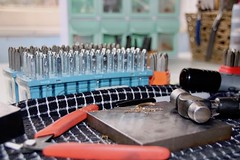 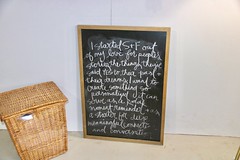 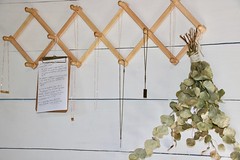 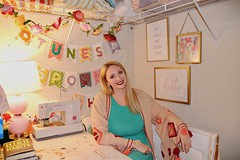 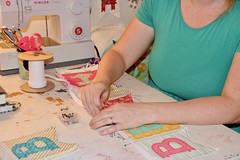 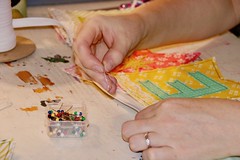 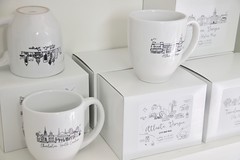 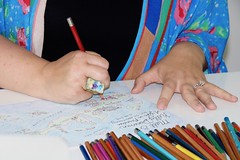 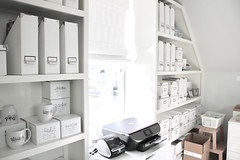 Although working with kids makes Lindsey Warren “come alive,” the Athens resident says she recently made the tough decision to give up her teaching career to pursue life as a hobbyist. So over the last three years, she has created hand stamped jewelry in her home studio and sells the products on Etsy, an e-commerce website focused on handmade or vintage items and craft supplies.

Why It’s Newsworthy: Leaving a career to make something out of a hobby is a big leap for most. Lindsey Warren and two local entrepreneurs offer a glimpse into their career journey in The Classic City.

Warren is not alone in her pursuit of a hobby. She and several local women are turning hobbies into profit on the website Etsy, a popular platform that attracts over 33 million active buyers. Small businesses selling on this platform contribute $4.7 billion to the US economy, according to Etsy’s first-ever economic impact study.

During her last semester of college at Auburn University, Warren completed an internship at Children’s Healthcare of Atlanta. Shortly after graduating in May 2013, she got married and moved with her husband to California. She taught preschool for a year before moving back to Georgia where she taught special needs children for two years.

But teacher’s schedules do not allow her to stay at home, which is what she wanted to do. She gave herself a timeline of three months to see if she could make something out of a hobby.

Warren was first introduced to hand stamping, a metalwork technique where each letter or character is individually stamped into the metal with a hammer, when her dad bought her a stamping set for her birthday in 2014.

Warren’s sister, Leah, approached her to help raise money for a mission trip and Warren knew what she needed do. She went to her closet to pull out her stamping set.She began stamping for friends and family and “whipped up” a few leather bracelets for her sister to sell.

She noticed stamping was something she enjoyed along with her love for gift giving. She decided to create more bracelets. She took them to the Grace Midtown Artist Market and people really responded to them. This was the start of her business, Stamped and Finch, which launched on Etsy in 2015.

The name took a while for Warren to decide on. She wanted joy, simplicity and variety to define her brand and every piece that she created. That is where the word finch came from and stamped is because each piece is hand stamped letter by letter.

Abigail Bryson, a third-year student at the University of Georgia, loves how Warren is able to make everything individual. She has a leather wrapped bracelet with a rectangle shaped piece of metal that reads, be still.

“She is sincere personally and through her work,” Bryson said. “I think that is how she is so successful.”

Being able to work from home is an advantage that allows her to have a flexible schedule. Not only is Stamped and Finch a creative outlet for Warren, but it allows her to gain experience in different areas such as marketing, photography and finance.

“I love learning and it [the experience is other areas] has open doors to new opportunities,” Warren said.

Warren has also connected with Epiphany, a locally-owned women’s boutique in Downtown Athens, where she runs their social media account. She has also had the privilege to photograph her friends in big life events. Warren describes that opportunity as a “treasure”.

But creating a business from scratch is not easy.

Not An Easy Job

Not far from Warren, in the town of Bogart, Georgia, the creator of Tunes and Spoons describes how she has managed to contribute to her household income while expanding her social circle.

Entrepreneur and stay-at-home mom, Rachel Murphy started her home decor fabric business three years ago with a pair of kitchen scissors and her grandmother’s sewing machine when her family needed an extra income.

She creates handmade items from new, repurposed and vintage fabrics. The name for Tunes and Spoons originated from two common bonds Murphy shares with her husband John, music and food.

“I’ve always been creative in terms of wanting to make something outside of myself,” Murphy said.

Murphy’s love for fabric and color is displayed in her handcrafted banners and gifts. She discovered she could make something out of this hobby after making a banner for her daughter, Evaleigh’s bedroom.

With her hard work and determination, she has created a brand that is collaborating May 7 with Matilda Jane Clothing, a whimsical clothing brand that gives girls and women a freedom to be their self.

But like any successful thing, sacrifices come along the way.

Murphy makes an “intentional choice” every day and continuously balances between her family and the business, even if that means sacrificing her own sleep. She recalls an important conversation with her mom, Evelyn Warren that contributes to where the business is today.

“Rachel, you are at the tipping point right now, where if you give it up, you’re going to miss out, gleaning from it, what you’ve put in all of these past few years,” she recalls her mother saying.

Although Murphy wasn’t certain at the time, she knew her mother was right. Even then she had no idea that Tunes and Spoons would grow into the business it is now.

Murphy is confident, excited and nervous to see where the future of her business goes, along with the Platinum by Matilda Jane Clothing collaboration, a partnership with a brand she has personally been inspired by.

Natalie Kilgore fell in love with creating products after losing her advertising job in the recession. Although it was slightly devastating to her at the time, something good came out of it.

Kilgore says she had more free time and that is what led her to exploring the world of art. She discovered her love for art during high school. She even considered becoming an art teacher at one point in her life.

Kilgore’s aunt, Toni Crowley played an influential role in her decision to pursue a creative outlet. She got to see her aunt create stationary first-hand and that inspired her to do something similar.

“When you’re always pursuing little things you enjoy or you’re interested in, things kind of happen,” Kilgore said. “I feel like if you’re exploring what you are into, opportunities will present themselves.”

Natty Michelle Paperie started after she created a map for her own wedding in 2010. Kilgore says hand-drawn maps were a popular item at the time so she decided to personalize her own, which would go in gift bags, on-display at her wedding or on cards.

Natty Michelle Paperie is a stationary and gifts brand. The word “Natty” comes from a childhood nickname that her friends called her and Michelle is Kilgore’s middle name.

She does less custom work now that she has children but offers a wider range of products such as coasters, cards and mugs. The majority of her work has outlines or featured tourist spots of cities and towns, some of which she has never visited before.

Kilgore says she has learned a lot about the layouts of places through her drawings and some of her family vacations have developed from them.

She says social media has been a positive supplement to her business success. “I don’t think I would have this business, at least not where it is now, without Etsy,” Kilgore said.

Kilgore values Etsy but also says she could not pursue this hobby without the continuous help from her husband, James Kilgore and mother, Glenda Crowley.

Warren, Murphy and Kilgore are three of the many entrepreneurs that empower communities. All three women play an important role in showcasing Georgia’s hospitality by their interaction with clients and boosting their local economy. Just as importantly, they demonstrate to young graduates and adults that there are opportunities for everyone.

Paige Watkins is senior at the University of Georgia pursuing a bachelor’s degree in journalism, a minor in theatre and a certificate from the New Media Institute. 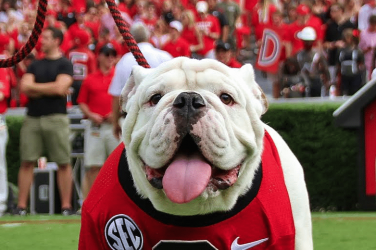 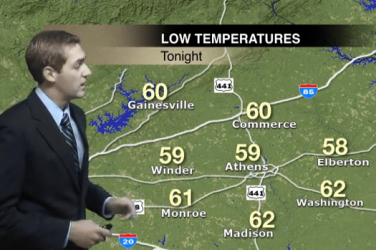 Athens, GA- We’ll be expecting a cold front moving to here in Athens with a ...

Opinions Vary On Efficiency At Polling Locations In Athens