Ashley Travieso was about to travel to Birmingham, Alabama, after teaching a trapeze class on March 12 when she heard the news. Due to concerns over the spread of COVID-19, the city pulled the permits and canceled Birmingham Hammerfest, a bike race which was supposed to take place on March 14-15.

Travieso, the event director of Athens Orthopedic Clinic Twilight Criterium, knew what was next. She had some time to work with Athens-Clarke County Central Services and project managers to prepare for the inevitable.

“We just kind of saw what was happening and how not just our community was responding but how other communities maybe weren’t responding and we just kind of figured it was going to change,” Travieso said. “We were in this for the long haul.”

With its postponement, Twilight will take place in the fall for the first time since it was founded in 1980. Micah Morlock, the managing partner at the Athens bike shop Georgia Cycle Sport, knew it would be postponed and was excited about the dynamic a fall event creates.

If the college football season remains unscathed, Twilight and Georgia’s matchup with Alabama in Tuscaloosa, Alabama, are set to take place on the same weekend.

“Can you imagine downtown with 30,000 people watching the bike race and Georgia beats Alabama in one of the biggest football games of the fall?” Morlock thought to himself.

Outside of football game days, Travieso and Morlock both said Twilight produces the largest bar and restaurant days. With the fans that opt to stay in Athens instead of Tuscaloosa mixed with the Twilight crowds, the economic potential for downtown Athens would be very promising.

That would be a welcome sight for Drew Dekle, who is looking for things to come back to normal. He’s a property owner that houses Athens businesses like Clocked! and Flicker Theatre & Bar. Over the past couple of weeks, he’s dealt with lootings, closed businesses and partial rent payments. He looks forward to not only the economic possibilities but also racing in the Gambler Participation Bike Ride.

The town makes good money off of [Twilight], and it’s also one of those sort of things that makes the town’s heart beat,” Dekle said. “It makes people feel good about living here.”

Even with the proposed return date in mid September, Travieso and Morlock are still wary of the uncertain future. If Twilight must be canceled for the year because of further developments with COVID-19, there’s a long list of bike races—like the Tour de Georgia and the Philadelphia International Cycling Classic—that took a hiatus and never came back.

If the race doesn’t take place in the fall and aims for a spring 2021 return, Morlock said it won’t be about how prestigious the race is or how talented the bikers are, but how the local community and businesses respond. Amid a cloud of uncertainty, all locals like Dekle, Morlock and Travieso can do is remain optimistic.

“Our hope is that everything will be back to normal [in 2021], so we can all go out to eat together and drink beer at Terrapin and see our friends and hug each other,” Travieso said.

Andy Walsh is a junior majoring in journalism in the Grady College of Journalism and Mass Communication at the University of Georgia. 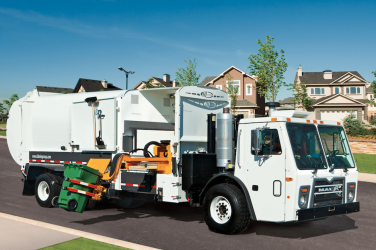 Athens, GA – New garbage trucks could be coming to Athens, and they will ...

Classic City Showcase to Support Those with Blood Cancer

Hate cancer? Love music? We have the Monday night move for you. Reporter ... 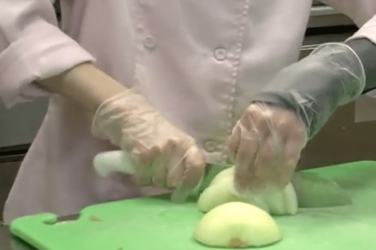 Over 100 restuarants in Athens recieved critical violations in health inspections according to the ...