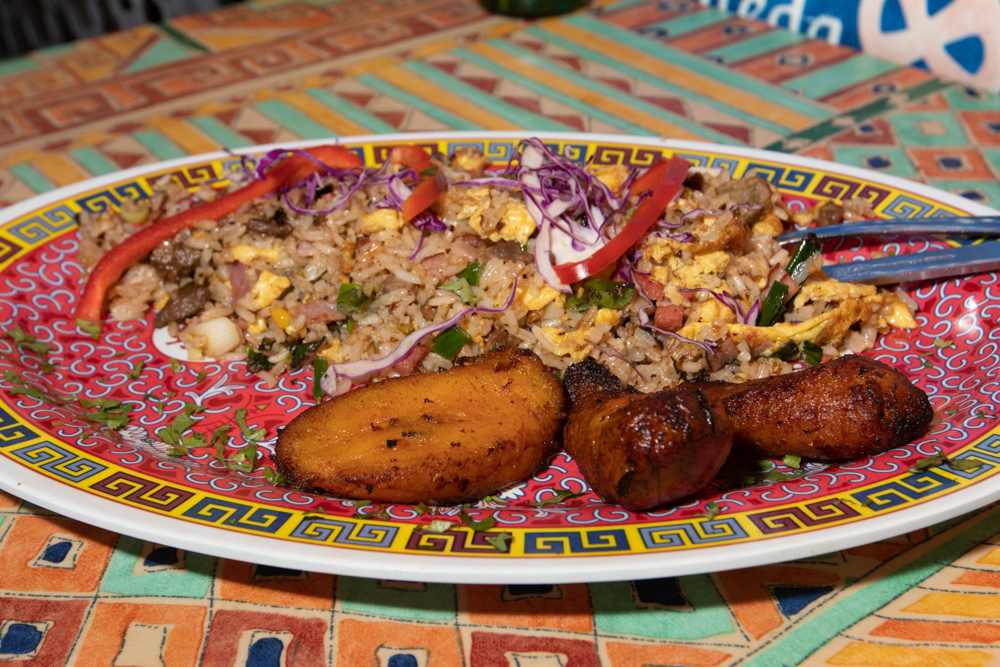 Everyone has an opinion—especially about food.

Since the popular crowd-sourced review forum website Yelp launched in 2004, it has amassed over 192 million reviews from ordinary citizens around the globe looking to impart some of their own wisdom regarding restaurants, hotels, home services, auto services and more. In an age where anyone’s opinion can go viral, whose thoughts carry the most value?

For Yelp, it’s the Elite Squad.

Yelp’s Elite Squad, comprised of “a diverse community of passionate writers, photographers, and adventurers,” according to their website, has more than 80 local squads in North America, with dozens of elites in the surrounding Athens area. John Yoon, a pastor living in Lawrenceville, Georgia, found himself a part of the Elite for the first time in 2019 after leaving reviews sporadically on the site since 2011.

As a local pastor, Yoon sees Yelp as a way to reach out to members in his town outside of church. Living in a relatively small city like Lawrenceville, online reviews like those left on Yelp have the impact to make or break a business.

According to a study by Harvard Business School, a restaurant’s average rating has a large impact on revenue. In independently owned restaurants, with every one star increase on their Yelp average there is a 5-9% increase in revenue. The study also finds that consumer response on Yelp is larger when ratings contain larger amounts of information, particularly visual information such as photographs of the food.

After discovering a new coffee shop in town, Yoon decided to use his Elite status for good.

“[My friend] was like, ‘Dude, this place is good, and we need to do everything we can to keep them in business.’ So obviously, the first thing I did was I check in on Yelp,” Yoon said. “Now, I regularly visit the coffee shop maybe two or three times a week, and seeing the place filled up and people Yelping… it’s just cool.”

While Yoon has only been leaving reviews as an Elite for the past year, other members have long-time veteran statuses. Atlanta-based writer Mickey Desai has been part of the Yelp Elite for almost a decade, leaving more than 1,200 reviews on the website. At first, he merely used them as a writing exercise, but soon, he found himself staying for the perks.

Making friends in the process, Desai learned about specific Elite-only events organized by Yelp. Often tied into promoting a new restaurant or business, these local squad meet-ups uncovered a new love: meeting other Yelp reviewers just like him.

Traveling to Athens on occasion for work, Desai utilized Yelp to find new restaurants in the area worth trying. Looking to other elites for recommendations, he has discovered personal favorites like The National, The Royal Peasant and Big City Bread Cafe.

“The reality is there’s just too much to try in Athens, and usually my days are not that predictable,” he said. “I confess as much as I hate reading other people’s reviews, I do use Yelp when it comes to figuring out where I want to go next.”

Athens’ own Yelp Elite Squad is comprised largely of a University of Georgia alum who leave reviews for the town’s best and worst. For Carlie McLaughlin, an Elite since 2018 who graduated this past spring before moving to New York City, writing and discovering reviews has aided in making her new home more welcoming.

“I hate eating bad food,” McLaughlin said. “I want to share that with other people, because I also want them to eat good food.”

For McLaughin, who operates on a post-grad budget, Yelp has helped to uncover hidden hole-in-the-wall restaurants she may not have found otherwise. Since relocating, she has left 137 reviews in New York alone. Still coming back to Athens occasionally, she makes a point to review new spots that may have opened since she moved away, such as El Barrio or Alumni Cookie Dough.

One of the foods McLaughlin misses the most since moving to New York is biscuits. Mama’s Boy, an Athens restaurant known for its biscuits, is one of her favorites.

“I just like eating good food. It doesn’t have to be fancy,” she said. “Good food is good food.”

A System That Works

The first step for many in any recurring venture is establishing a system, which a large number of Yelpers utilize to keep their reviews objective. Using the five-star system, Yelp provides its own suggested guidelines to aid reviewers in writing.

“I’ve adapted [the guidelines] for my own purposes and in my world, five stars is ‘You completely blew my socks off, completely exceeded my expectations in every way,’ and all the way down to one star is ‘Not only did you fail to make me happy, you actually pissed me off,’” Desai said.

However, a scientific approach to leaving restaurant reviews tends to interfere with the process for some. After beginning to post on the website more often, Yoon attempted to create a system of guidelines for his own writing, but soon became bored with his new hobby.

“Once I get bored of something, I know I’ll do it less often. And I didn’t want to review less often,” Yoon said. “It was just so much work building those systems out. I was like, ‘This is not my job.’ I’m just doing it for fun to help the community.”

Desai found himself in the same boat soon after becoming elite, citing the fact that not all restaurants are created, or executed, equally. To him, staying subjective was never a priority, as he sees Yelp reviews as inherently objective.

“People have their own agendas when it comes to writing about restaurants, or writing about anything for that matter,” he said. “You lose pure objectivity when you crowdsource any information… I tried to be scientific in this stuff, but there’s nothing scientific about reading crowdsourced reviews.”

So where do Yelp reviews belong in the vast scope that is internet food criticism? The vast majority of Elites tend not to see themselves as legitimate food critics, but instead community experts focusing on fostering connections with others.

“I try to connect with people,” Andrea Mai, a UGA alum living in Lawrenceville and an elite since 2014, said. “It’s sort of a little hobby of mine that I do to write… It helps me express myself.”

Read Andrea M.‘s review of Cali N Tito’s on Yelp
Despite having 10 years of Elite experience, Desai quickly clarified he does not see himself as a food critic and isn’t trying to be one.

“It’s sort of a double-edged sword. It gives a way for the average person to actually say something about a restaurant, and hopefully, it gets read. On the other hand, opening things up to the public, there’s no longer the objectivity about what people are saying,” he said. “Critics try to be a little more objective, but they’re objective to their own filters, and they have their own wants and desires out of restaurants.”

After a year of Elite status and more than 130 reviews, Yoon tends to see himself as more of a community leader and influencer rather than a full-on food critic.

“I think because we are coming in at the same level as the people who are searching on Yelp for these places that the reviews just end up being a lot more relatable,” Yoon said. “The experiences are usually a lot more organic than, you know, a restaurant preparing for a food critic to come and giving it their A-game at that specific table.”

Often, this community-based forum aspect of the site is what draws reviewers to it in the first place. On its FAQ page, Yelp affirms that its best reviews are “passionate and personal, offer[ing] a rich narrative, a wealth of detail, and a helpful tip or two for other consumers.” Sticking to this loose code helps Yelpers get the most out of the crowdsourced site.

“What I love about Yelp is that it’s down to earth,” Yoon said. “Just kind of being able to write about what it’s like to be an everyday person… it’s fun, it’s great. I love the Yelp community.”

The perks certainly don’t hurt either, with hundreds of elite Yelpers meeting up every year to sit down, eat, and write reviews.

“These are great perks for simply leaving reviews,” Yoon said. “You know, everyone has an opinion about something.”

Many believe people should invest in more sustainable practices for the sake of our ...

How to Keep Your Kids Safe on Halloween

Athens, GA – Halloween is a couple weeks away which means kids will be out trick ...