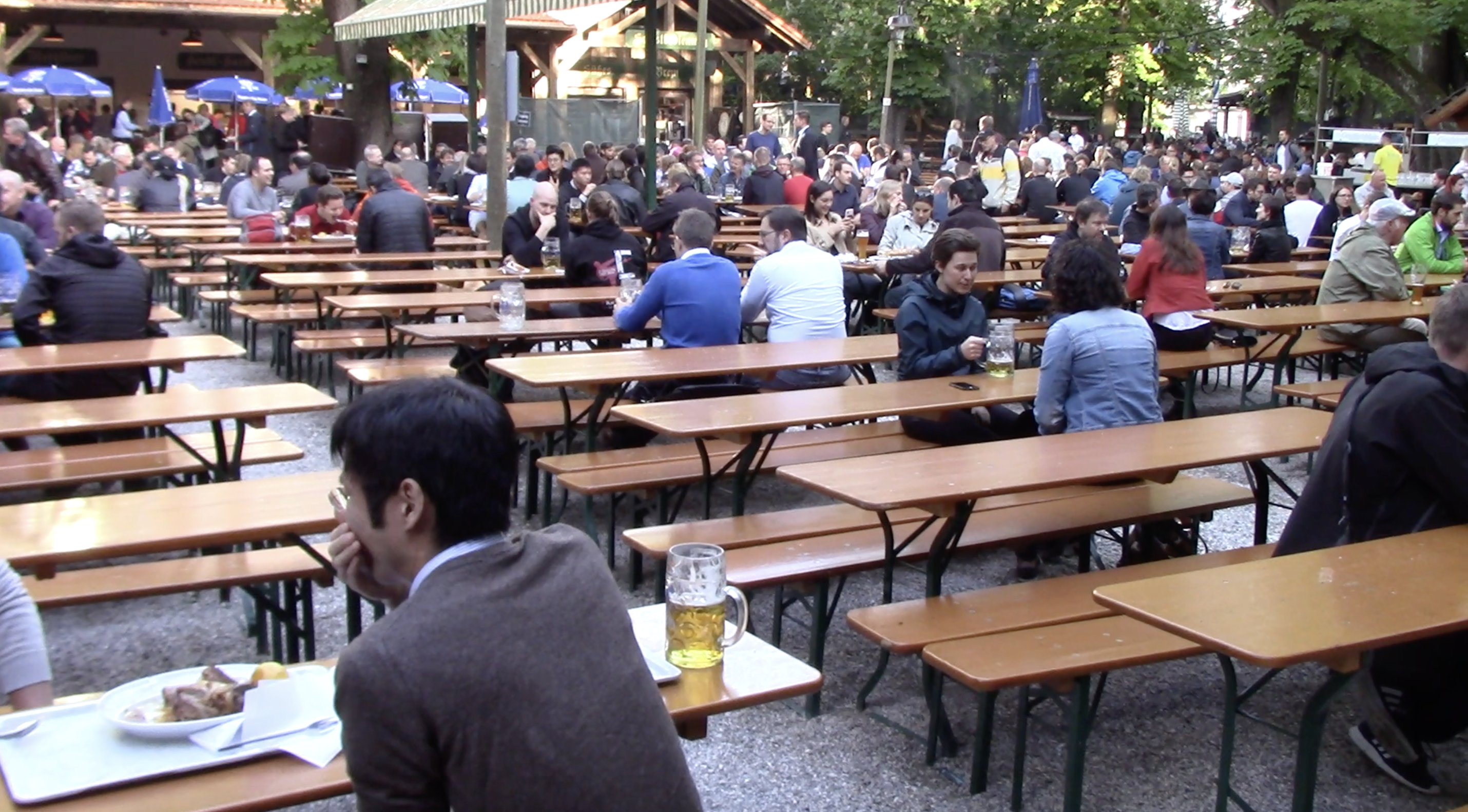 When you travel to Germany, you may immediately gravitate towards the excitement of drinking the country’s national beverage. The fun of the Biergartens and Oktoberfest, are however, only a superficial part of the deep roots that beer has in Germans culture. You may find experiencing the rich cultural history of beer just as enjoyable as drinking a chilled, golden stein.

Why It’s Newsworthy: Beer is an immensely pervasive and almost unavoidable part of German culture. However, behind the excitement of events like Oktoberfest is a rich and incredibly interesting history that visitors can experience firsthand. 5

Some of the earliest examples of the importance of beer in German culture includes regional laws called Reinheitsgebote, which translates to “German [beer] purity laws.” The law was first enacted in 1516 in Bavaria according to Lukas Bulka, the head of Munich’s Beer and Oktoberfest Museum. It ensured that only three ingredients are used to brew beer: water, hops and malt.

Originally, these laws were passed to keep the general population safe since some people were adding berries and other ingredients to beer that could be poisonous. These laws are still in effect today and any beverage that includes additional ingredients cannot legally be called beer in Germany. Bulka claims that this leads to a cleaner and healthier product free of additives:

“Except for the alcohol, it’s a healthy product,” he said.

Beer culture, while pervasive throughout all of Germany, does differ somewhat in Bavaria beyond the obvious standouts like Oktoberfest and lederhosen.

One difference according to Tobias Ranzinger, 51, the spokesman for the famous Hofbrauhaus, is the sheer excess that the Bavarians are known for throughout Germany when it comes to drinking beer.

When asked to articulate this distinction, he held up his ‘mass’, a one liter mug of beer, twice the size of what you would find in other parts of Germany.

“There is one big but small difference,” he said while holding a glass filled with the Hofbrauhaus’ golden colored Helles, or light beer, “You will not find this in many parts of Germany, we here in Bavaria like to have the big steins.”

Bavarian Beer vs. The Rest of Germany

There’s also a difference in the kind of beer you will find in Bavaria.

“Well it differs a little bit that you have different types of beer, because the most popular kind of beer in Germany is still pilsner beer, more north, and here in Bavaria we have lager beer and Weiss beer, which is wheat beer,” said Bulka.

One of the more well-known biergartens in Munich is the Augustiner Beirgarten. Restaurants and bars all over Munich proudly display plaques with the brewery’s easily recognizable blue and white logo, advertising that they do indeed sell Augustiner’s beer. Additionally, according to Bulka, one part of their process that makes them special is that they still serve beer in wooden barrels instead of tanks.

Munich and its Famous Biergartens

The Augustiner is one of many world-renowned biergartens in Munich that sell its product in shops and restaurants throughout the area.  However, perhaps the most famous location spent most of its 440-year lifespan closed off to the public.

No dive into Bavarias’s beer culture is complete without a trip to the fabled Hofbrauhaus in Munich’s old town. Ranzinger explains its importance:

“It is the most famous beer hall in the world. A visit to Munich would not be complete without going to the Hofbrauhaus,” he said, “It is not only the beer, it is of course the history.”

Founded by the King of Bavaria because he wanted his own brewery, the Hof in the name refers to the royal court. Originally, only royalty and those select few guests invited by royals were allowed to partake in the drinking of the high quality beer sold there. Founded in 1589, the Hofbrauhaus would not be opened to the public until 1828.

That opening to the public was the most important moment in its history, according to Ranzinger, and ever since then they have remained open to the public while still staying loyal to tradition. Traditional Bavarian music, food and theatre can be experienced on a daily basis. Ranzinger credits this adherence to tradition with the majority of customers being locals in a decidedly touristy area.

“Bavarians like to come here, they like to celebrate life, and enjoy the Gemuehtlichkeit,” he said, referring to the sense of comfort and homeliness that Bavarians have come to expect from the Hofbrauhaus.

Special Traditions: For Locals Only

While any visitor can experience the atmosphere that permeates the Hofbrauhaus, there are a couple of traditions reserved only for locals, and not just any locals. These particular privileges are highly coveted among the establishment’s regulars.

First, every Bavarian brauahaus has what are called Stammtisch. These are tables reserved only for regulars and getting to the point where you and your friends can claim one of these tables on a weekly or monthly basis can take years.

Even more coveted by the locals, however, are the personalized steins that long-time loyal customers have the opportunity to use and keep in the lockers throughout the building.

According to Ranzinger, there are only 616 available locker spaces for the 200-plus Stammtisch throughout the building, and each of those tables holds at least four people. As you can imagine, this creates a demand that cannot quite be matched, only the most loyal regulars are fortunate enough to have their own stein.

At one point, Ranzinger, walked over to a locker and pulled out his own personal stein. His is simple and gray-colored, with a black rubber top. However, there were many more ornate steins that he explained could be over a hundred years old.

This kind of treatment that the locals receive is deep-rooted in tradition and makes the Hofbrauhaus not just a place to drink, but a community gathering place.

With its deep historical roots, beer culture in Bavaria is a steadfast tradition in a country that is rapidly evolving along with the modern world. It is one constant that has remained no matter the circumstance and certainly worth experiencing for anyone spending time in the region.

“The only thing I think that has not changed over the years is the beer,” Ranzinger said.

Jack Binder is a student in the Grady College of Journalism and Mass Communication.

The Gem of Dahlonega 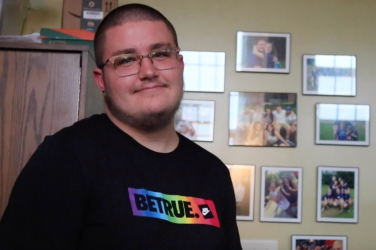 Transgender students at the University of Georgia are faced with daily struggles unlike those ... 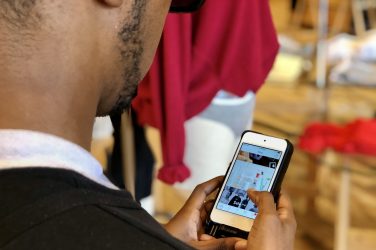 It all started out with pieces of fur and hands to tie them around ... 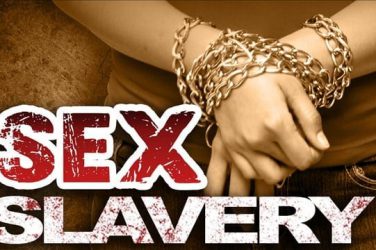 UGA Participates in X Marks the End of Modern Slavery

ATHENS, GA. — Red x’s drawn on hands and t-shirts sprinkled the University of ...