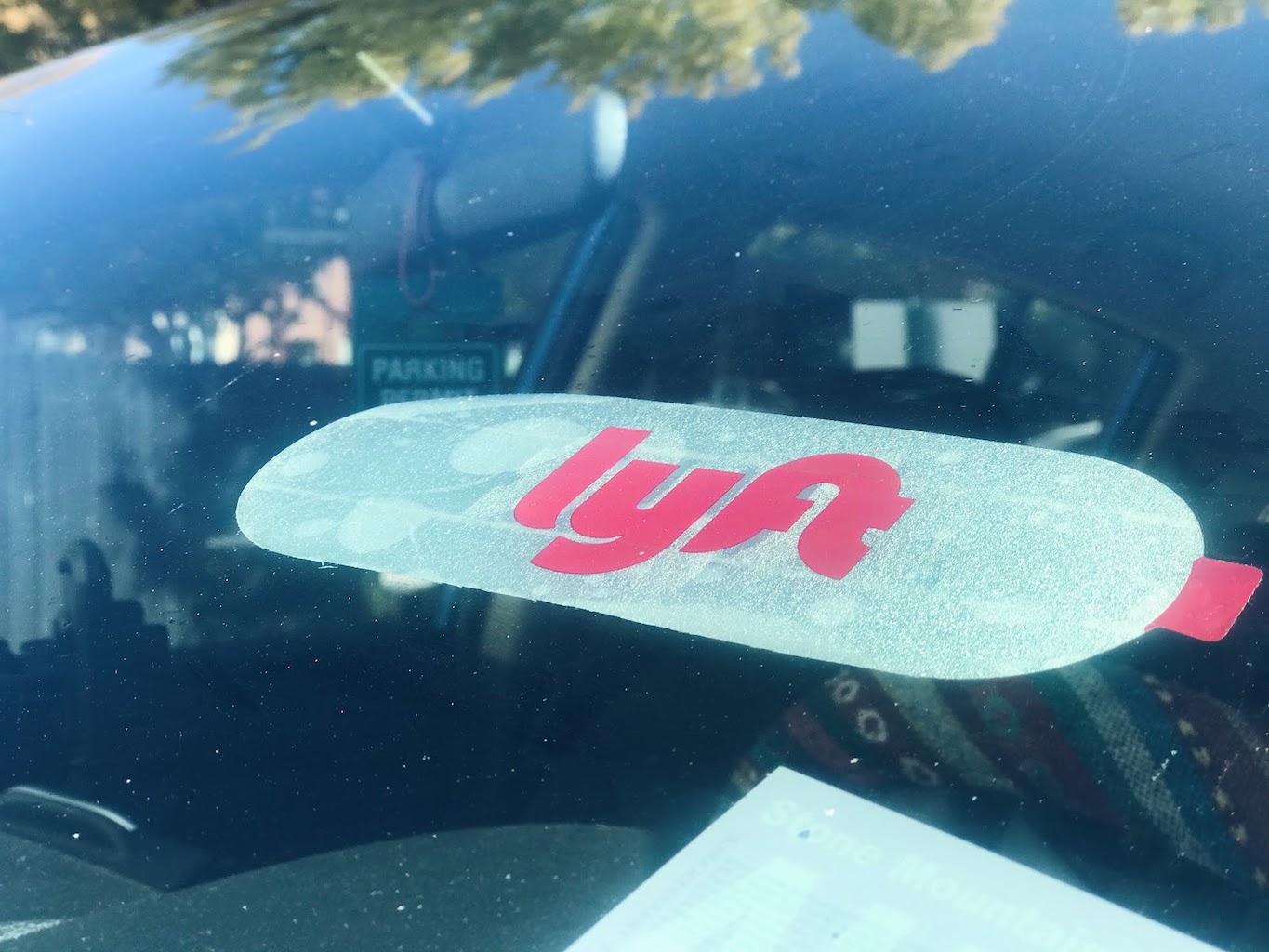 On a busy Saturday night, Sara Moeller drives through downtown Athens, Georgia. In her back seat sit her Uber passengers. Past the bars and through the University of Georgia campus, she reaches their destination. Her phone pings. She puts her car in park and examines the pay breakdown of her ride. After Uber takes its cut, about 25 percent, Moeller earns the $3 base for the ride and a little extra for waiting and distance.

On a game day weekend in Athens, Moeller can make around $300 driving. A senior at the University of Georgia, Moeller also works as a student worker at the university. Driving for Uber or Lyft is just a side job—something to supplement her income.

“I know a lot of people use it as their main income source,” Moeller said. “That’s just not what I do—what I use it for.”

Why It’s Newsworthy: California passed legislation that reclassifies independent contractors at app-based companies like Uber and Lyft to employees. The reclassification gives drivers a steady wage and benefits. However, drivers could be subject to more restrictive areas and conditions, limiting their freedom to choose when to work.

Uber currently contracts 3.9 million drivers globally.  Ninety-two percent of its drivers work fewer than 40 hours a week, while 45 percent drive fewer than 10 hours. Now in California, Assembly Bill 5 could change the employee model within all app-based companies, including Uber and Lyft. Due to the reclassification, drivers could be subject to full-time hours and possible area restrictions.

The gig economy is not a new concept in today’s era. People have been working by the gig for decades now. Babysitters, dog walkers and maintenance workers are all professions where someone gets paid by the job. Today, the concept is still around, but with a digital twist. Rather than putting a classified out in the newspaper, apps like Uber, Lyft, AirBnb and Handy put the tasks at your fingertips.

These companies act as a middleman between the consumer and independent contractor tied to the business. It is a temporary work engagement, meaning no salary, no benefits and no guaranteed wage.

Scott Latham, associate business professor at the University of Massachusetts Lowell, thinks the gig economy is a “race to the bottom” regarding the socioeconomic status of its participants.

“It works for people, that it truly is a supplementary source of income. It does not work for the vast majority of people that would hope to have it be their primary occupation,” Latham said.

More and more people are turning to gig-style work to help supplement their income. The share of the U.S. workforce in the gig economy rose from 10.1% in 2005 to 15.8% in 2015, according to a 2016 study by The National Bureau of Economic Research.

Many contractors face wage theft or unexpected fluctuations based on seasonal promotions, like in the case of Uber. In 2018, Uber settled with the Federal Trade Commission after it sued Uber and claimed that they mislead drivers with “exaggerated earnings claims.” The FTC says 88,800 drivers qualified to receive settlement checks averaging $223, CBS News reports.

“The issue with the way the gig economy is being structured is you are beholden to these companies such as Uber, GrubHub, Post-It, because they’re controlling your economic efforts through the technology,” Latham said.

Moeller says she sometimes feels like she could be earning more.

“I mostly drive when there is going to be a big surge or downtown at night … it makes sense to give back to back rides,” she said. “Sometimes I’ll drive for a little while, and I won’t get any rides and I’ll just be wasting my time and wasting gas.”

In September 2019, California introduced Assembly Bill 5, which would make app-based companies like Uber and Lyft classify its drivers as employees instead of contractors, meaning they would be entitled to full benefits and salaries after reclassification. California Gov. Gavin Newsom has signed the bill, and it will go into effect Jan. 1, 2020.

Equity research analysts at Barclays estimated that it will cost Uber and Lyft $3,625 per driver to reclassify each driver in California as an employee. This is enough to increase Uber’s annual operating loss by more than $500 million and Lyft’s by $290 million, Quartz reports.

The New York Times reports drivers were urged to contact their local lawmakers in an email from Uber. They also guaranteed a minimum wage of $21 per hour while a driver had a passenger or was on the way to pick one up.

If implemented, Lyft has already messaged drivers to let them know they “may soon be required to drive specific shifts, stick to specific areas, and drive for only a single platform,” according to the Wall Street Journal. Uber has not yet decided to do the same.

Interview with Tyler Hanner of Athens, Georgia, about his experience driving with Uber.

For drivers who use Uber and Lyft as their only income, this change is welcomed. This change would give full-time drivers benefits and rights they have been seeking.

Rideshare Drivers United Georgia organized a strike for Atlanta drivers for “higher wages and other concessions in May 2019,” according to the Atlanta Journal-Constitution.

“When they say California drivers are independent contractors, they aren’t defending flexibility; they are denying you the real freedom that comes with the right to a union,” says Rideshare Drivers United, a strong advocate for AB 5.

However, according to RBC Capital Markets, 70 percent of drivers reported being “extremely” or “very” satisfied with their experience on the platform in a survey of 500 Uber and Lyft drivers in September, The Wall Street Journal reports.

Moeller says she doesn’t really see an advantage to AB 5 besides the benefits and wage increases. And if Georgia were to propose something similar, she would probably stop driving altogether. Being able to drive whenever she wants to is what Moeller appreciates about the job. AB 5 would dramatically change this freedom for all drivers.

Uber says it will continue to “defend the innovation that makes that kind of choice, flexibility and independence a reality for over 200,000 drivers in California.”

“If you look at some of the most successful companies, companies that do well, they tend to value their employees. Right now I’m not sure Uber and Lyft do that,” Latham said.

Despite their $90 million pledged with Lyft and Doordash to fight Assembly Bill 5, Uber says it is not arguing for the status quo.

Their proposal aims to establish, for the first time ever, a minimum wage standard, giving drivers access to portable benefits like sick leave.  Its aim is to avoid forcing drivers to become employees and work a fixed schedule.

New York City is working to give rideshare drivers support. In December 2018, the Taxi and Limousine Commision proposed and passed a minimum-wage rate of $17.22, after expenses, for rideshare drivers, the first of its kind in the nation.

Instead of reclassifying drivers as employees and cutting their flexible schedule, The Wall Street Journal suggests legislators create a new classification of workers: dependent contractors.

Germany, Canada and France have rewritten their laws to expand the number of worker classifications, including dependent contractors, according to The New Yorker.

Latham wouldn’t be surprised if Uber and Lyft merged within the next few years. It would be more efficient, he said.

“I think there’s a tremendous amount of customer value,” Latham said about Uber and Lyft. “They have to work on the employee side of things now.”

Daniela Quintana, Kyle Farrell, Rosemary Scott, Maris Castang are seniors majoring in journalism in the Grady College of Journalism and Mass Communications at the University of Georgia. 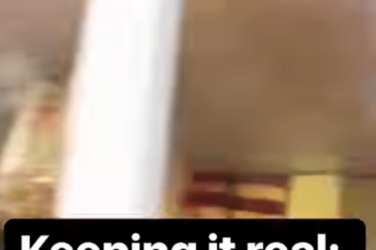 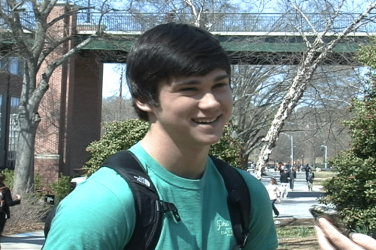 A few guys told us their opinions on the Lulu app in today’s afternoon ...