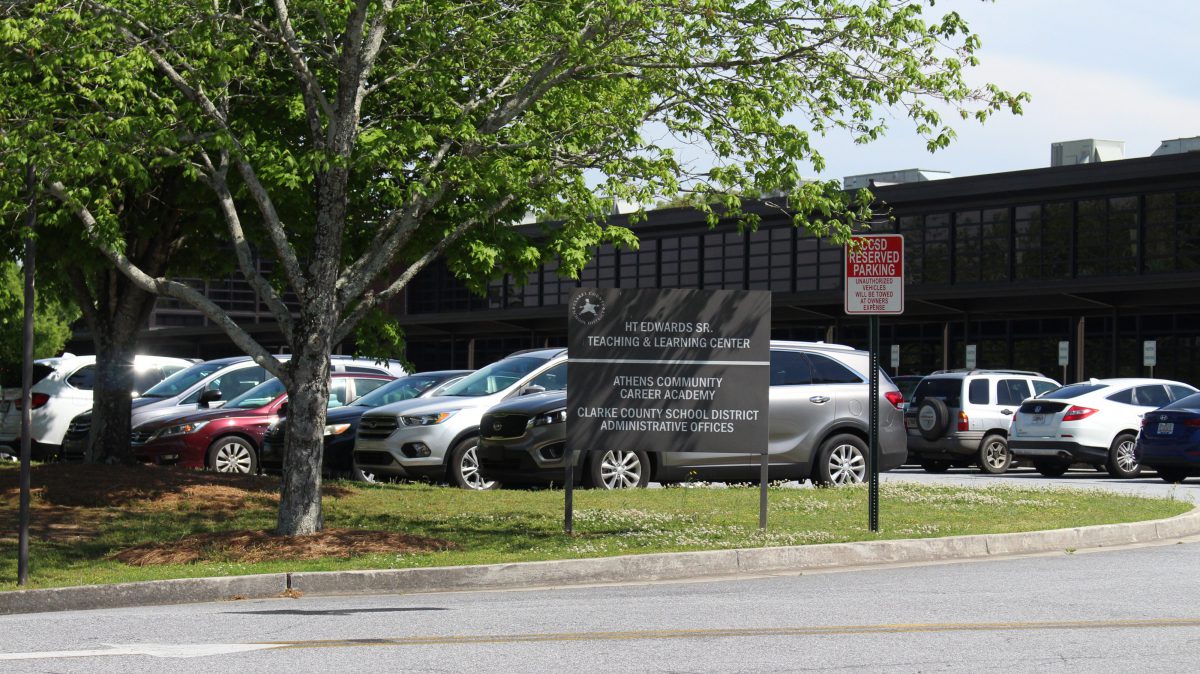 The Clarke County School District has continued to pay a series of late fees and finance charges in the past year on one credit card issued to Superintendent Dr.  Demond Means and another card allocated to Board of Education members, according to an analysis of statements. An open records request revealed the charges linked to CCSD’s BB&T bank account.

The school district’s Chief Financial Officer, Larry Hammel, identified staff turnover, sick employees and a lack of prompt communication between employees as the causes for the charges.

Why It’s Newsworthy: The CCSD is responsible for spending taxpayer dollars in accordance with policy and procedures. Without clear transparency from the district, the community will have a difficult time maintaining its trust with the district’s spending and allocation of funds.

From February 2018 to January 2019, the CCSD’s credit card statement showed late charges for seven months totaling $245 and finance charges for 10 months totaling $151.44. The district has two credit cards, Hammel said. One card is directly used by the superintendent and the other is allocated to the Board of Education members under the supervision of Dr. Means’ executive assistant, Lisa Palmer.

Palmer has been on the job since March 2019. Dee Vodicka was the executive assistant to the superintendent before her when six months of late fees occurred on the credit card bill; she now works in another department in the school district. Both referred questions to the district’s finance department.

“Even though it’s small, it’s just sloppy …  It’s a consensus of the board that of all the things we do, we’re in the best shape right now in finances,” said Dr. John Knox, BOE District 8 representative and vice chair of the finance committee. “So this is kind of surprising. I would like to know why there are late fees and finance charges?”

Hammel said different people were responsible to get proper documentation from one employee to another and that it was virtually impossible because of staff turnover.

“Policy and procedures were being followed but it was not being turned in on time,” Hammel said.

The school district did not provide any documentation of employee policy and procedures regarding due date requirements for turning in credit card receipts.

Kathleen Falke, vice president of the PTO Board at Oglethorpe Avenue Elementary, has one child attending school in the district. Falke said the late fees are concerning and questioned why the charges were transpiring.

“It does make me wonder what the disconnect is there and what the pattern is?” Falke asked.

Clarke County School District’s most recent accounting manual went into effect Nov. 1, 2017, according to the district’s website. The manual doesn’t list any specific policy and procedures with regards to credit card spending.

But in the section named “Purchasing and Credit Card Use,” on page 105, it lists guidelines under subsection D, stating that all purchasing card “reconciliations” are due on or before the 15th of each month to the designated finance department, yet there is no mention of when credit card “reconciliations” are due. The only reference to the BB&T credit card is on page 111. It states that the BB&T credit card for Board Travel and Superintendent should have its bills be approved by the CFO or designated personnel.

Across the United States, some school districts have gathered a reputation for demonstrating a culture of extravagant spending after audits and investigations have looked into their financial records. The CCSD’s annual budget was almost $143.9 million in 2018. Its planned budget for 2019 will top $150 million.

The hotel charges found in the CCSD’s credit card documents revealed luxury stays for CCSD staff members. Six rooms charged to the card were from the Four Seasons in Atlanta, adding up to $2,400 on March 9, 2018. Two staff members (staying in $400/night rooms each) chaperoned 12 students staying three to a room while attending The Global Women in STEM conference held at the luxury hotel.

On page 74 in the same accounting manual mentioned above, under the section Lodging, guidelines are listed for district employees traveling overnight. It states that employees who stay at a hotel where they are attending a conference can sustain lodging expenses that exceed “the rates generally considered reasonable.”

This is in contrast to the prior 2016-2017 accounting manual that on page 67, under the headline Lodging Payments, list guidelines for district employees traveling overnight to secure the most reasonable rates available by using three methods. The first is to make reservations in advance. The second is to avoid “deluxe” hotels and the third is to acquire government rates when possible.

After contacting every BOE member with a request to respond to the late charges, Greg Davis, BOE District 1 representative, replied first via email, with this statement, “I contacted the Superintendent who shared the credit card statements with the entire school board along with an explanation as to how the late charges was a process procedure error that has since been corrected. The chair of the finance committee, Board Member Charles Worthy, told me that he would raise the topic in next week’s finance committee meeting.”

Hammel said the finance meeting is more for “large ticket items” that include financial and cash flow statements.

Worthy did raise the topic of late charges at the finance meeting on April 18 at Clarke Central High School. Hammel responded with an explanation of how state law requires the school district to deliver an open records request made by a member of the public and that he did not know what else would need to be talked about. Worthy OK’d the explanation and the subject wasn’t discussed again.

The school district did not provide documentation that any policy or procedures were in place at the time of the late charges or that they had been corrected as mentioned in the email. Hammel said there were internal regulations that employees observed regarding proper deadlines for turning in credit card receipts.

When asked to provide documentation of these regulations, Hammel replied via email, “Audit guidelines require signed documentation before making payments.”

The school district did not provide documentation verifying these guidelines.

Georgia Department of Revenue is taking the ownership of the bar raids that happened ...