The year 2021 marks the 60th Anniversary of the desegregation of the University of Georgia. An exhibit at the main library on the campus of UGA, honors people like Hamilton Holmes, who passed away on Oct. 26, 1995, and Charlayne Hunter-Gault, the two students who desegregated UGA in January of 1961. Sixty years later, Hunter-Gault says she is very happy with what UGA is doing to remember the anniversary.

“I think that the entire university has, those who weighed in and made contributions to the anniversary, did such a wonderful job and the support for all of that came from the very top,” said Hunter-Gault.

Why It’s Newsworthy: The 60th Anniversary of desegregation honors many important people to the University of Georgia. These people were trailblazers for future generations.

Scattered around campus, there are signs and banners honoring these trailblazers. The main library, on the campus of UGA, shows off an exhibit of some of the historical moments throughout these individuals’ careers.

When you first walk into the main library, there is a huge mural of Charlayne Hunter-Gault and Hamilton Holmes at their graduation. Articles, credentials, diplomas and many other items from Hunter-Gault and Holmes are displayed at this exhibit. There is also a timeline of events from other historical moments from African-Americans at UGA, like the first Black drum major in the Redcoat Marching Band, the first Black members of the homecoming court and the first full-time Black faculty member teaching at the School of Music.

All of these moments were made possible by the trailblazers who came ahead of them.

In 1961, Hunter-Gault and Holmes were the first two African Americans to register and gain admission to UGA, breaking barriers for future minority students.

“There is a considerable amount of debate these days, a lot of it unpleasant, about the importance of history and in the process there is a lot of misinformation on it,” said Hunter-Gault.

Hunter-Gault is also thrilled that UGA is accepting papers and awards she has received throughout her life.

“I just sent off several pounds of papers,” she said. “I’m so thrilled and honored that the university is accepting my papers and all the awards I have gotten.”

The main library is where these papers and awards will be on display for people to see.

UGA has been honoring these people all year long, but there have been some previous ways these people have been honored as well. On Jan. 9, Hunter-Gault and Holmes were honored with having a building named after them on the UGA campus. This building did not have an official name, it was just known as the “academic building.”

Hunter-Gault said she is very honored to have a building named after her but added, “There’s so many people‘s names who could be on that building, including Vernon Jordan, the late Vernon Jordan who transitioned this past year.”

Jordan was one of the members of a legal team that helped Hunter-Gault and Holmes gain admission to UGA in 1961. UGA honored Jordan with an honorary doctor of laws degree on May 12, 2007, at the spring undergraduate commencement.

The 60th Anniversary is a historical event remembering some of the most influential people who impacted the University of Georgia. Sixty years after her first challenging steps onto the campus of  UGA, Hunter-Gault is happy with what the university is doing to honor the past.

“To have an institution, like the University of Georgia, promoting its history of diversity and inclusion, should have an impact on that very sorry record as it relates to people of color,” she said.

Alex Hendrix is a senior majoring in journalism and in the Grady College of Journalism and Mass Communication at the University of Georgia.

The 60th Anniversary of Desegregation banner hangs atop the Holmes-Hunter building. Photo/Alex Hendrix

The 60th Anniversary of Desegregation banner hangs atop the Holmes-Hunter building. Photo/Alex Hendrix
NEXT STORY

The 60th Anniversary of Desegregation banner hangs atop the Holmes-Hunter building. Photo/Alex Hendrix 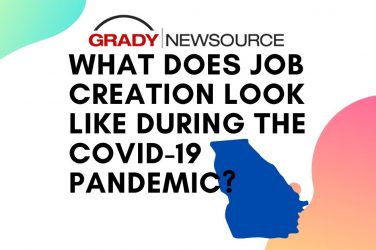 Any Jobs? The Georgia Work Economy During COVID-19

A few weeks ago, Stephanie Eason was working as a dental hygienist at Henry ... 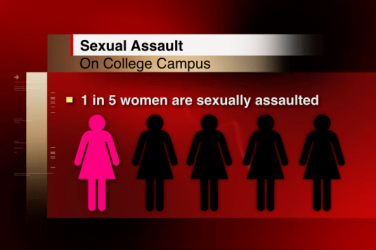 With one in five women being sexually assaulted on college campuses, University of Georgia ... 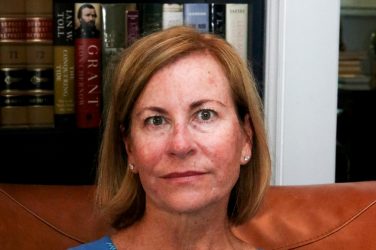