Saturday’s blowout win against Missouri, the upcoming game against Arkansas, and of course, Todd Gurley’s suspension were all subjects addressed at today’s UGA Football Press Conference.

Coach Richt confirms that Gurley’s return to the practice field will not determine if the running back returns to competition.  He also also says Gurley was happy to be in the company of his teammates while in practice.  Describing the team’s rallying around Gurley, Richt said, “We’re a tight knit unit. So when somebody is down they want to lift them up.”

Quarterback Hutson Mason says his team had difficulties dealing with Gurley’s suspension, but came together during the Missouri game, knowing the SEC East was on the line.
Mason described Arkansas, the Bulldogs’ next contender, as underrated.   The team reminds Mason of the matchup against Tennessee with a “new coach, new identity, changing things around pretty quickly.”
Sterling Bailey and this week’s high-flying Bulldog Brendan Douglas also made statements at today’s weekly conference.
The Bulldogs will travel to Little Rock this weekend to take on the Arkansas Razorbacks.  The game will air on the SEC Network at 3:00 p.m. Saturday, October 18. 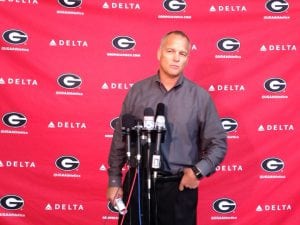 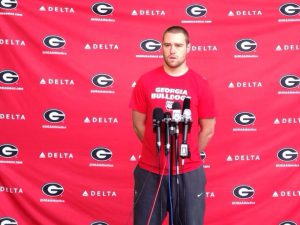 Grady Newsource’s Rachel Segers made her ESPN debut where she did a special on ... 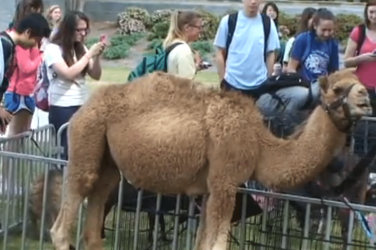 Check out our Morning Webcast! 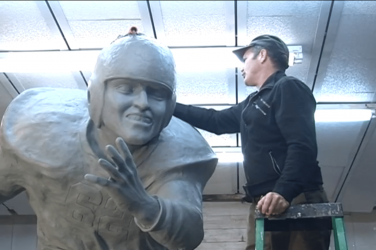 The same local artist who made the Vince Dooley statue, Stan Mullins, has a ...