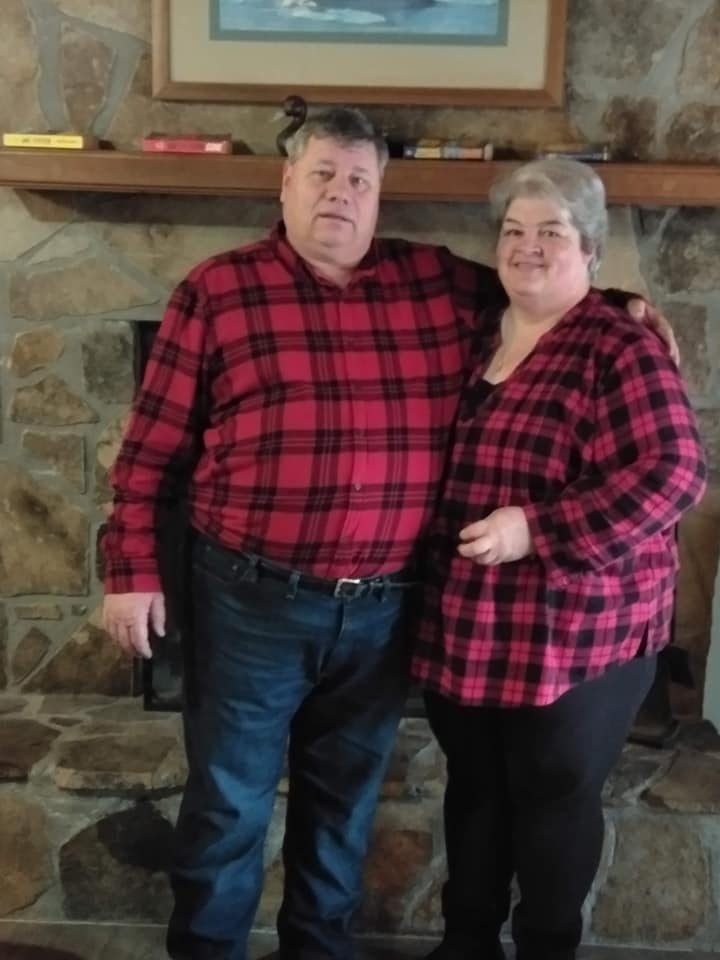 A Danielsville, Georgia, pastor is back at home recovering from a long and difficult bout with COVID-19 that at one point, led to a stay in an Atlanta intensive care unit.

Robert Burt, 54, recently returned home to his wife, Joy, and his daughter, Tara Tyler, after spending almost three weeks in the ICU.

His battle with COVID-19 started more than a month ago with a visit to his doctor. From there, things began to go downhill.

“March 19th, I went to my regular doctor and they told me that I had pneumonia, and it got worse Thursday night and my daughter took me to the emergency room, Piedmont, and they drew blood and all that kind of stuff. After that, I don’t remember nothing,” Burt said in an interview over Zoom.

He would not remember anything from the two to three weeks he battled the virus unconscious in hospital beds. However, his family and his community were certainly paying close attention.

Soon after that visit to the emergency room, he was transferred to Piedmont Hospital in Atlanta, where his condition worsened.

That’s when Burt’s doctors put him on an Extracorporeal Membrane Oxygenation (ECMO) machine. The University of Michigan Cardiovascular Center’s website describes the device as “an advanced technology that provides cardiac and respiratory support to a patient whose heart and lungs are not able to provide adequate gas exchange to sustain life … blood gets oxygenated by an artificial lung and is delivered throughout the whole body using an external mechanical pump.”

“When they put me in the ECMO bed, they told [his wife] that I only had a 1 percent chance … they told her, if this doesn’t work, he’s not gonna make it,” Burt said.

Yeah they call me the miracle man,” Burt said.

In Atlanta, Burt was also intubated, placed on a ventilator, and put into a medically-induced coma. At one point, doctors had to restrain his hands because he ripped the tube out of his mouth while sleeping.

“They wrapped my hand up in mittens with sandbags because I pulled my ventilator tube out of my throat,” he said.

While Burt was unconscious in a hospital, the local community rallied around him as his wife, Joy, kept everyone updated with a Facebook page dedicated to tracking his battle with the virus.

“When I came to, my wife told me that there were so many people praying for me and so many churches praying, and people I didn’t even know praying for me,” he said.

His wife would also test positive for the virus toward the beginning of their ordeal, but only suffered from nausea and a fever for about a day. However, because of prior lung infections, Burt was considered especially vulnerable.

“Well, I’ve had pneumonia about three or four times and my lungs, they were pretty scarred up, but this time it was worse,” he said.

According to Burt and his doctors, his recovery is nothing short of a miracle.

“Yeah they call me the miracle man,” Burt said during an interview followed by a laugh.

A miracle that Burt’s daughter, Tara Tyler, attributes to the power of prayer.

“I just want to reach out and say thank you for every prayer that ever went up for him, and I’m just so grateful that my dad got to come home, and that God healed him,” she said.

Burt is also thankful for all the prayers that came his way and wants to make sure that people know to stay vigilant during these unusual times.

“Try to be very careful, if you’re not sure that everything is well please wear a mask, make sure you are washing your hands. And listen to the president, but mostly listen to these doctors about what they’re trying to tell you to stay healthy and stay safe,” he said.

Burt continues to participate in physical therapy at home where he is recovering. He recently regained the ability to walk without the use of a walker.

Jack Binder is a senior in the Grady College of Journalism and Mass Communication at the University of Georgia.

Behind the Bars in Madison County